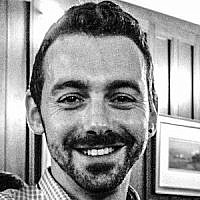 The Blogs
Yaron Fishelson
Apply for a Blog
Please note that the posts on The Blogs are contributed by third parties. The opinions, facts and any media content in them are presented solely by the authors, and neither The Times of Israel nor its partners assume any responsibility for them. Please contact us in case of abuse. In case of abuse,
Report this post. 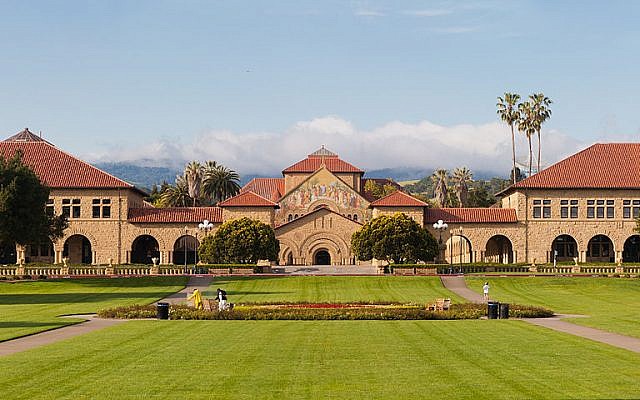 On Friday, August 3rd Stanford University echoed loud and clear that from now on, Zionism will receive the same status as any other minority or political group on campus.

These events came to pass after a student holding an official position in the campus dorms (RA) was forced to resign after posting on his Facebook that he’s “gonna physically fight Zionists on campus next year…“.

Following an investigation and pressure of the local community, Stanford declared that violence or threats of violence upon Zionists are unacceptable and punishable.

This decision represents a new approach of the kind that wasn’t always the case at The Farm (one of Stanford’s nicknames). There were times, not too long ago, when students who loved Israel couldn’t express their mere love to the country out of the fear of being confronted or face protests.

While working at Stanford (2013-2015), I experienced firsthand the aggressive and deceptive campaign calling to divest from certain companies doing business with Israel. It was a brutal campaign. Its end goal was to delegitimize the State of Israel, demonize Israeli citizens and give a distorted interpretation to the word “Zionism”; not as the movement that called for the self-determination for the Jewish people, but rather an evil and inhumane movement of white colonialists.

The dehumanization got to a point where, during an event organized by the local “Students for Justice in Palestine,” a visiting lecturer and self-proclaimed Israel expert, Dream Hampton, gave a talk about her experience in Israel. She shared a personal story infused with falsehoods that left me stunned.

Hampton spoke about a house in the West Bank where “…these three, you know, white kids from Brooklyn…They have come into his [Palestinian] home nine months before we arrived there. With guns. Because you are issued a gun by the Israeli government when you arrive as a Jew to Israel… They have come into his home …Threw all of their [the Palestinian’s] belongings out to the curb, and that was the occupation…”

This was my first encounter with a lecturer sharing false statements and lies, outspokenly demonizing Israelis and the State of Israel.

For two years, I spent most of my days at Stanford (working at the local Hillel) building relationships, creating programs, connecting between groups and individuals, celebrating Shabbats and high holidays, and bringing different aspects of Israel to campus — I was a Jewish Agency Emissary (Shaliach), and I loved my community.

This entire year left me, and the other Zionists on campus (i.e. human beings who love the state of Israel) completely drained and saddened. This was the first time I fully understood how low people will go to push their agenda. How people, who see themselves as the champions of certain values such as freedom of speech and a sense of security to all people, can betray and twist their own values, harming their fellow students. How can a student identify as a Zionist and share with his friends his love and connection to Israel, after such a massive campaign is run in his own campus, meant to dehumanize his beliefs?

I remember speaking with my students, many of whom are still close friends, and being devastated by their concerns and fears; “Should we celebrate Yom Ha’atzmaut [Israel’s independence day] in White Plaza?” “I don’t know, it will only bring protesters there”; “Maybe we should hold it somewhere else less public on campus?” I remember thinking to myself, with immense sadness, why should anyone be afraid to celebrate his/her country’s existence? I remember wondering if Stanford will ever protect its Zionist students from such bullying? How much longer will students be forced to hide this part of their identities.

Don’t get me wrong, Stanford University is an amazing place for Israelis and Israel lovers, and there are many Zionist students who live, work and study there. The question is, should these people fear for their safety? Should they “stay in the closet” and hide a part of their identity — loving and being proud of Israel — while walking in the quad or talking with their friends in their dorm room?

The answer in any university, and especially at Stanford, is “No”!

This is why these recent events are so important. Not only to Stanford, but to all Zionist students throughout the US. For the first time, Stanford sent a clear message saying Zionism is protected just as any other minority. Those who bully students based on their country of origin,  national pride or political affiliation, are not welcome on the Farm.

This is a new era, and I am looking forward to other universities adopting Stanford’s precedent and making their campuses safe for Zionist students, to fully express themselves and their identity; as human beings, loving the State of Israel. 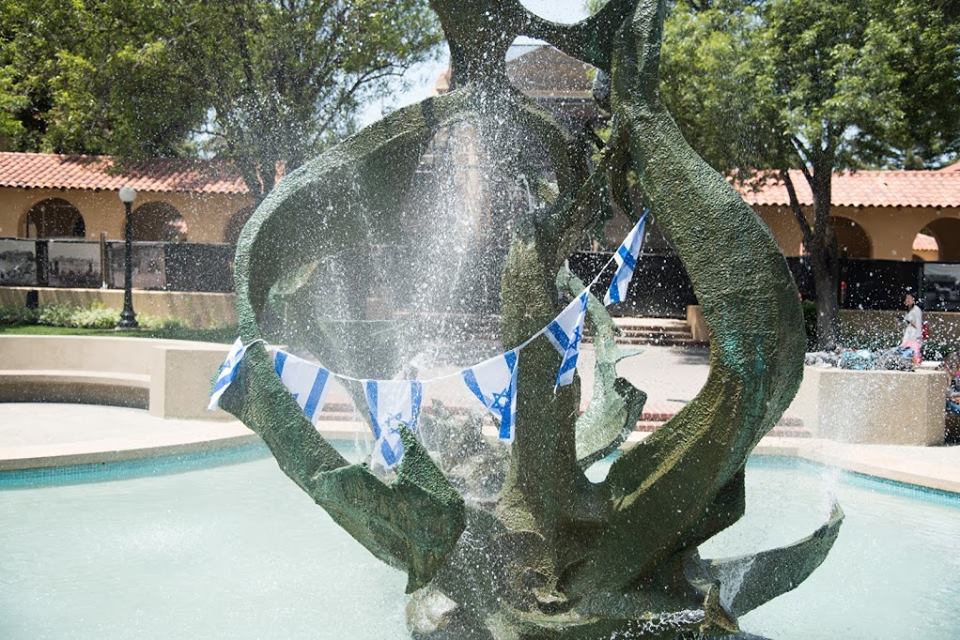 Yom Ha’atzmaut at White Plaza, Stanford (Credit: Stanford Israel Association)
About the Author
Yaron was born and raised in Israel, and after his military service at a Special Ops unit in the Artillery Corps, and completing his studies at TAU, he joined a Startup focusing on digital marketing and online campaigns. Yaron eventually decided to focus and leverage his skills to support one of his favorite things: Israel; Between 2013-2015 Yaron served as the Jewish Agency Israel Fellow at Stanford University, where he led programs and events focusing on Israeli culture, society and politics including leading the anti-BDS campaign on campus . Upon his return to Israel, Yaron continued working on his three passions: community management, technology and Israel. Yaron is currently leading the Online Activism department at Act.IL - a first of its kind platform that crowdsources international pro-Israeli activism, supporting Israel's image online and fighting the anti-Israeli de-legitimization campaign (and the BDS movement).
Related Topics
Related Posts
Comments