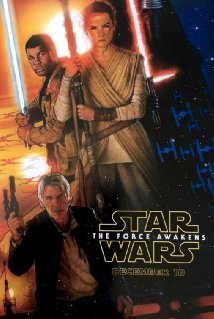 So you might be thinking: why is the rabbi humming the theme to Star Wars during the summer of 2015?

But the real reason I have Star Wars on my mind is that I watched episodes one and two last week with my family as I was healing from my recent surgery.

We had already watched episodes four, five, and six, which many people on this planet have seen, and we wanted to watch episodes one, two, and three before the new one comes out.

Now this is all very interesting I am sure; but what does it have to do with anything in our parashah?

In case you missed Star Wars Episode Two: Attack of the Clones, which was released in 2002, let me refresh your memory.

Well, actually the plot is too complex for me to get into all the details, but amidst the chaos between the Force and the Dark Side — those battling for good and those battling for evil — there is an historic vote that takes place in the Senate of the Galactic Republic.

The senate is quite impressive — a large opera-like hall where each planet/alien species has its own booth and the speakers and supreme chancellor are hovering on platforms.

Galactic Senate from Star Wars II: Attack of the Clones

The Galactic Republic is threatened by a Separatist movement organized by former Jedi Master Count Dooku and, at the same time, an unknown Jedi has commissioned a clone army.

Amidst all of this upheaval, the Senate votes Supreme Chancellor Palpatine emergency powers to send the clones into battle, among other things. During a time of fear and uncertainty, the various republics in the galaxy decide that they need a strong solitary leader and so they set aside some of their own democratic and egalitarian values in the hopes that Palpatine will use his emergency powers for good. 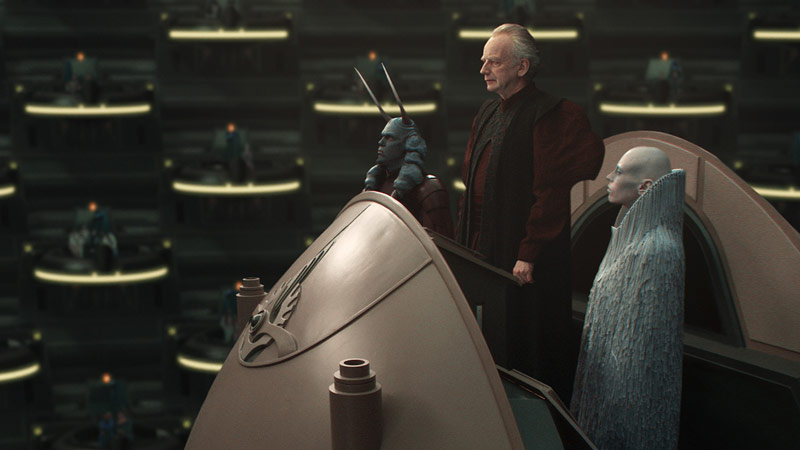 Little do they know who Palpatine actually is.  For those of you who have not seen episode three, I will stop right there, but I will say: he’s not very nice!

This phenomenon of choosing a strong leader and granting this person emergency powers is not without precedent. It has happened throughout human history, and I’m sure, it will happen again in the future.

Our Torah was well aware of this tendency and spoke to it in this week’s parashah.

“If, after you have entered the land that Adonai your God has assigned to you [what will become the land of Israel], and taken possession of it and settled in it, you decide, ‘I will set a king over me, as do all the nations about me,’ you shall be free to set a king over yourself, one chosen by Adonai your God [… the king] shall not keep many horses or send people back to Egypt to add to his horses, since Adonai has warned you, ‘you must not go back that way again.’ And (he) [the King] shall not have many wives, lest his heart go astray; nor shall he amass silver and gold to excess.

“When he is seated on his royal throne, he shall have a copy of this Teaching written for him on a scroll by the levitical priests. Let it remain with and let him read in it all his life, so he may learn to revere Adonai his God, to observe faithfully every word of this Teaching as well as these laws. Thus he will not act haughtily toward his fellows or deviate from the Instruction to the right or to the left, to the end that he and his descendants may rein long in the midst of Israel.” (Deuteronomy 17:14-20)

What a sagacious statement!  Our Torah knew the inclination to appoint someone to a powerful position and give them untold power, but the Torah also understood that that is dangerous. Absolute power is susceptible to abuse.

The Torah placed boundaries around the king so that he would not be too wealthy and forget that he is just another person. And most important, the king was subservient to the Torah, to God’s law. That could never be forgotten.

The king, just like every Jew, must study the same Torah, the same text that every other Jew is commanded to study and observe. There is no special law for the king. And the requirement of daily study was a reminder to him each day not to forget his place.

The tone is also noteworthy. The Torah denigrates the monarchy. This is not a praiseworthy institution. If you have to have a king “like all the other nations” is not exactly a ringing endorsement.

This danger of granting a leader great powers is not unique to Star Wars or the Torah; after 9/11, many of us were frightened, and rightfully so. It was at that time that our country passed strong laws granting a type of emergency powers. While there is much in the Patriot Act that has protected us over the last 14 years, it is also clear that is does not have enough checks and balances, enough protections of our rights — as we have learned in recent years.

Today, we also find ourselves at a time of some uncertainty. Our administration has worked for years with other countries to create an agreement to try to stop Iran from obtaining nuclear weapons.

Iran having nuclear weapons is a most frightening idea.  So we have to make a decision: is the P5 +1 agreement the right way to move forward?  If we feel it is, we should encourage our legislators to vote for the agreement.  And if we feel that it is not, we should oppose it. 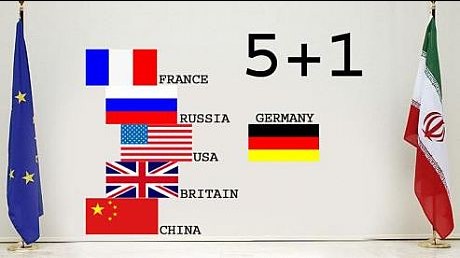 When the agreement came out earlier in the summer, I spoke about its strengths and its great weaknesses.  I’ve spent a lot of time researching the agreement and reading from commentators that I respect.  It seems to me that while this agreement is a step forward, it is not a sufficiently strong agreement to ensure the safety of the United States, Israel, or the world.

And thus, I cannot in good conscience support this agreement.  It changes the balance in the Middle East in a negative manner.

Besides the details of the inspections regime itself, which leaves much to be desired, there are other issues on a larger scale.  And given the weaknesses in the minutiae, these issues will loom large.

First, this agreement changes the entire balance in the Middle East.  It means that we have a new alliance with Iran to a certain extent that threatens our allies – be they Israel or Saudi Arabia.

Creating some kind of relationship with Iran, the world’s greatest sponsor of terrorism (see this recent piece in the New York Times about Iranian-backed terrorists firing missiles into Israel), a country that denigrates the United States, and speaks explicitly about destroying Israel, as it develops the weaponry to do just that, is highly problematic.

While some believe that this agreement, will cause Iran to soften its approach, there is not enough in it to back that up.

Second, it sends Iran a lot of money and takes terrorists like Qassem Soleimani, Iran’s spy commander, off the terrorist list.  Sending a country with a long history of sponsoring terrorism $150 billion and not having any consequences for supporting Hezbollah and other terrorist organizations that murder Israelis and Jews around the globe is perilous.

Third, this agreement means that Israel is even less likely to move towards peace.  Israel will now need to spend much more of its GDP on new weapons to protect itself against new threats.  This is not how I or you or Israel itself wants to be moving into the future.  In addition, Israel is more afraid and that, my friends, means that Israel will be much less likely to make the concessions it needs to make peace with the Palestinians.

While I dream of an Israel that no longer inhabits far-flung settlements, this agreement means that Israel will be less likely to take those chances for peace.  Over the last week, I’ve been reaching out to our political leaders and have been disappointed that many of them in our area have come out in support of this agreement.

At this juncture, it seems that the agreement will most likely pass, since it requires a two-thirds vote to override Pres. Obama’s guaranteed veto. Thus, you might say to me it’s a fait accompli – and you would be right to a certain extent….

While there will probably not be enough legislators to override the veto, our pressure and our voices can still do some good.  If we protest and point out the deficiencies in this agreement, hopefully, additional legislation can be put forward that can protect the world, including our sisters and brothers in Israel.

What might that look like?  It may be a new bill that states that if Iran is found to be sending money to terrorists, it will receive serious consequences.  If any of the $150 billion to be released is found in terrorist hands, it should mean something.

As Professors Shai Feldman and Ariel Levite recently wrote: “[New legislation] would also lay out clear understandings on how the U.S. would tightly monitor not only Iran’s compliance with the [agreement] (JCPOA,) but also the general orientation of its nuclear program — has it truly transformed its program into a peace-oriented one? It would further spell out how the U.S. would react, unilaterally if necessary, were Iran to encroach on the deal or misuse the resources that the sanctions relief would channel its way to further foment mischief in the region.”

It is my hope and prayer that our voices will lead to new legislation that will be to the benefit of Israel and the United States, and, ultimately, the world.

We cannot simply grant our king or president or Supreme Chancellor license to act without the proper checks and balances in place. Our Torah was wise to instruct us with that teaching thousands of years ago (and George Lucas was wise to point it out again throughout his more recent epic) and we would be wise to heed its teaching and its warning today.

May the Force — the force for peace and judicious action — be with you — and be with us all. 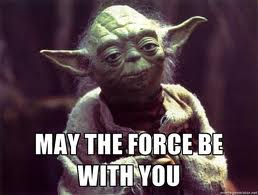