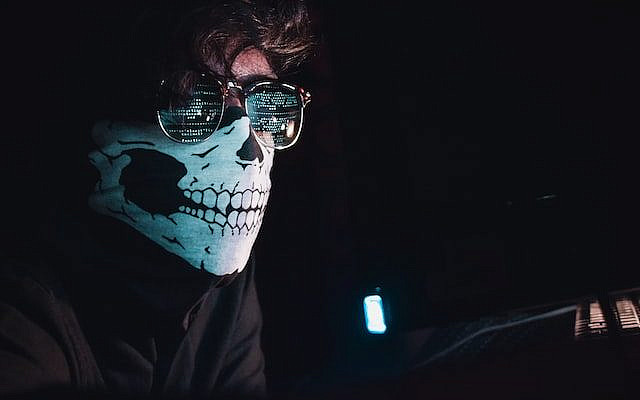 Qatar’s Al-Jazeera published an article in 2021 equating Israel’s use of surveillance technology in the Palestinian territories to China’s use of technology for its surveillance, identification and eventual genocide against the Uyghurs, Tibetans and other populations. This is now re-entering the domain given the recent uprising in China and the Chinese government resorting to cellphone positioning and other technologies to identify, arrest and punish protestors. While Israel’s objective is largely defensive, to prevent attacks on its territory/protect its citizens, it is important to understand the difference such that thesis such as that of Al-Jazeera and Human Rights Watch (HRW) are nipped in the bud. In his article in 2019 in Foreign Policy, Yossi Melman warned against Chinese spying on Israel for its own purposes.

The Chinese government has often been described as an “authoritarian one-party surveillance state and a dictatorship”, while Israel is the only democracy in the middle east. The country notably lays heavy restrictions against free access to the internet, freedom of the press, freedom of assembly, and much more. The Chinese Communist Party (CCP) plays a pivotal role in exercising laws that bolster the rigid regulatory environment and strategies to seize power over the cybersecurity of China. Israel on the other hand is the startup nation. The internet, its free access is the basis of innovation and the huge number of unicorns that it prides itself.

In 1990, the Chinese State Council legitimized the proposal to establish a national information system. The Golden Shield Project (GSP), popularly known as the “Great Firewall of China,” was introduced as a surveillance initiative launched in 1998, to curate a fully digitized public security sector by using a national surveillance network by exercising control over data management. The project also included a national Closed-Circuit Television (CCTV) network intended to digitize the public sector. The early stages of GSP development relied on American and Canadian-made technology, companies like IBM, Intel, Cisco, and Oracle have provided hardware and software in China’s surveillance network.

The GSP has grown significantly since the 2000s, in size and technological advancement. The project includes 416 million surveillance cameras around the country that operates on Artificial Intelligence (AI) facial recognition technology. The advancement of GSP also includes development in geolocation technology; a surveillance system that supports tracking of vehicles and people. The project is managed by the Ministry of Public Security of China and mainly focuses on collecting data and utilizes communication technology (ICT) systems to enhance its ability to unify command, rapid response, and coordinated effort to address the challenges of China’s national security to filter contents and censorship online abiding by domestic law that seeks to curate online discourse.

In 2014, Xi Jinping, China’s president declared that there was “no national security without cybersecurity.” Xi Jinping vowed to turn China into a “cyber power.” The Chinese government’s investment in surveillance technology yearns for absolute control over domestic social security and authority over sovereign cybersecurity and to expand globally.

The Chinese Communist Party’s longing ambition in efforts to expand and strengthen its political and economic influence worldwide hails from the proliferation of Chinese surveillance technology and cyber tools and the associated alliances between both state and private Chinese institutions.

Chinese tech companies are among the largest firms in the world. These tech firms are nurtured by CCP’s handbook to monitor, censor, and condition public opinion online — Chinese tech firms support state-driven agenda to promote absolute control of cyberspace in China. The CCP’s procurement of public security technology and innovation policy is driving China’s surveillance operational ecosystem. The surveillance tools are utilized to conduct intensive surveillance operations on targeted groups that are presumed to be threats to China’s social stability.

Chinese tech companies are legally bound to meet the demands of the country’s security services. China acts in accordance with its policy of cyber sovereignty to demand tech giants like Tencent to shut down websites that host content that threatens China’s social and political stability. Similarly, Weibo, a Chinese social media platform was reprimanded in 2018 allowing the government to censor certain tags and posts to eliminate rumors about China.

State agencies employ an intricate and layered surveillance system that collects and utilizes data from mobile apps, biometric systems, and AI to monitor and control specific groups of people. The Chinese cybersecurity firms are obligated to cooperate with the state security organs legally when requested, and most of the firms as per instructions focus on vulnerability research, threat detection, and security intelligence products — which they sell within the country and international deals through a diplomatic exchange.

The Chinese party-state is operationally engaging in data collection on a massive scale across multiple domains. The CCP tech-enhancement authoritarianism is expanding globally and it intends to shape, manage, and control its operations overseas to eliminate supposedly threats against China’s political interests. China utilizes multilateral institutions like the BRICS (Brazil, Russia, India, China, and South Africa) and other emerging market groups to promote its surveillance technology. The Chinese companies supply AI surveillance technology in sixty-three countries, out of which thirty-six have signed onto China’s Belt and Road Initiative. Recent studies show that China also illegally accesses data from public surveillance camera’s its companies have supplied to monitor European streets, public buildings etc.

Conclusion, there is little similarity between Israel and China’s efforts. Israel’s efforts focus on its security, China’s on the control of its citizens and on countries globally. Drawing such parallels is dangerous and unnecessary.