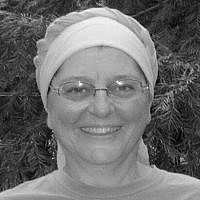 The Blogs
Sara Leah Kabat Ani
Apply for a Blog
Advertisement
Please note that the posts on The Blogs are contributed by third parties. The opinions, facts and any media content in them are presented solely by the authors, and neither The Times of Israel nor its partners assume any responsibility for them. Please contact us in case of abuse. In case of abuse,
Report this post. 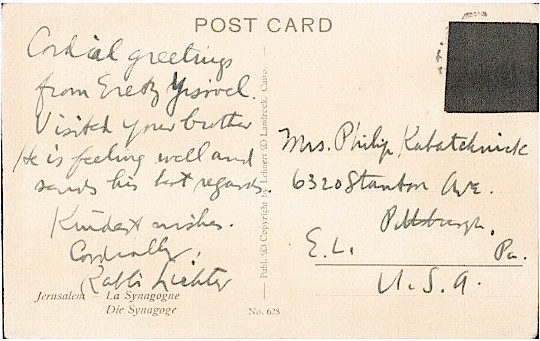 Historically Jews have been masters of migration. As a people they have been dispersed all over the world through antisemitism, war and economic restrictions. Back in Europe, mothers also said goodbye to their sons at the tender age of 14 as their sons traveled away to attend distant yeshivas. In the time before computers, email, skype and iPhones, it was much more challenging to stay in touch with family as they moved away. Travel was more expensive and time consuming before the age of airplanes and often when you left a family member on the dock to ride a boat across the ocean that was the last time you embraced.

In the tumultuous years of mass Jewish migration from 1880 to 1914 many Jews fled Europe due to economic restrictions and antisemitism. They hoped for more economic opportunity and more freedom to live life as fully authentic Jews and part of the mainstream secular world. Many Jews chose to come to the United States. They often left family behind in the shtetls and cities of Europe never to see them again. Some of those families left behind went on to perish in the holocaust. Many Jews also decided to leave Europe and go to Palestine and settle the land of their ancestors. They too mostly never saw the family they left behind.

Recently I have become interested in tracing my Jewish roots and to see how my family migrated. My great grandmother Pauline Levenson, known as Perel in the old country, came to the United States from Lithuania, which at the time of her arrival was not an independent country but part of the Russian Empire. She was born in approximately 1871 and immigrated in the mass migration of Jews to the United States in the 1880s. She married my Great Grandfather Phillip Kabatchnick on January 9, 1891. Phillip was born in Lithuania as well on July 13, 1869 and arrived in the United States in 1883. They lived in New York City where my Grandfather and his sister were born and then moved to Pennsylvania. They ended up in Pittsburgh where their youngest daughter was born.

They were founding members of the Bnai Israel Congregation in Pittsburgh and when they died they were buried in the Bnai Israel Congregation cemetery. I was working on tracing both Pauline and Phillip’s siblings and trying to find out who else immigrated to the United States and who was left behind in Europe. I was pretty confident that I had found most of their family in the United States. And then my cousin shared a postcard with me that changed everything. 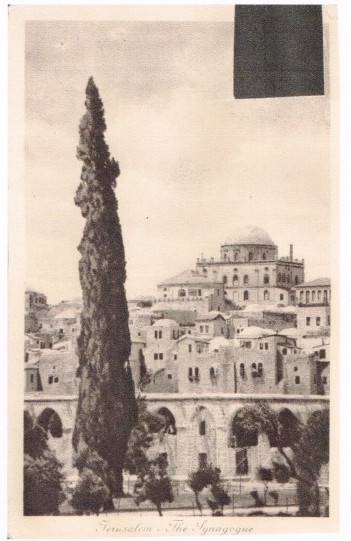 The postcard is a scene of Jerusalem and under the picture it says Jerusalem – The Synagogue. On the back it says “Cordial Greetings from Eretz Yisroel. Visited your brother. He is feeling well and sends his best regards. Kindest wishes, cordially, Rabbi Lichter.”

The postcard is addressed to my Great Grandmother Mrs. Phillip Kabatchnick and is addressed to 6320 Staunton Ave. Pittsburgh. My Great Grandparents are listed as living at this address in the 1930 census. However they had a different address in 1920 and my Great Grandmother Pauline Kabatchnick died in 1939. Unfortunately the stamp was cut out of the postcard so there is no way to determine the exact date this postcard was sent but it is definitely from pre statehood Israel.

Rabbi Lichter was the rabbi of Bnai Israel Congregation where my great Grandparents were lifetime members. Rabbi Lichter was born in Russia but came to the United States when he was 2 years old. He graduated from the Jewish Theological Seminary in 1910 and served as Rabbi of the Touro Synagogue in Newport R. I. and the Shaare Torah Synagogue of Far Rockaway, Long Island before returning to Pittsburgh in 1920. He served as the Rabbi of the Bnai Israel Congregation in Pittsburgh from 1920 -1956 and then was the Rabbi Emeritus until his death in 1963. He was an ardent Zionist and served as the President of the Pittsburgh Zionist District as well as other charitable and Jewish institutions. He supported Israel bonds and as we know from the postcard he traveled to Eretz Yisroel sometime in the 1920’s or early 1930’s. We have no information if this was one of many trips or a single trip.

What we are left with is an intriguing postcard that mentions a brother of my Great Grandmother that Rabbi Lichter visited while in Eretz Yisroel. We do not know the brother’s name or where he lived in Israel or when he immigrated there. I can make the logical connection that if he was my Great Grandmother’s brother his last name would have been Levenson. His parents were Moshe Binyamin Levenson and Devorah Levenson born Levin.

There are no existing letters between the siblings living half the world away from each other and no one left alive remembers Pauline’s brother or that she even had a brother who went to Eretz Yisroel from Europe rather than the United States.

As the mass migration of Jews continues with young American Jews making Aliyah, and Jews leaving Israel for the United States and the slow draining of Jews out of France and Great Britain and elsewhere in the world, we need to ask ourselves are we staying in touch? Will we forget those we leave behind or will we get too busy to keep up a relationship with those who leave us? While travel is faster and easier today and emails and texts are faster and more reliable than letters, it still takes time and commitment to communicate with loved ones who live far away on a consistent basis. The days fly by and soon the months and years pile up and we have lost touch. All too soon the older generation passes away and memories are forgotten and names of relatives lost. Ask yourself do you want to keep your relatives names alive and keep them as living, breathing people that you truly know because you are actively involved with them on a regular basis even if it is through the telephone or computer or will you get busy and let time slide and soon your grandchildren will look through old papers and say who is this brother who moved to Israel?

By the way any leads on the descendants of a Levenson who moved to Eretz Yisroel pre statehood who has a sister Pauline would be welcome. I am hoping it is not too late to form bonds with cousins no matter how distant. And yes, I am good at staying in touch!

About the Author
Sara is still trying to decide what she wants to be when she grows up. Meanwhile she tries to make her piece of the world a bit better through her connection to children, animals and by wrapping everyone in her hand knit creations.
Related Topics
Related Posts
Sara Leah Kabat Ani
Comments