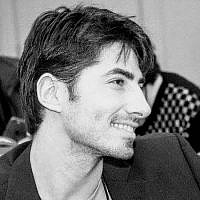 The Blogs
Segah Mir
Apply for a Blog
Please note that the posts on The Blogs are contributed by third parties. The opinions, facts and any media content in them are presented solely by the authors, and neither The Times of Israel nor its partners assume any responsibility for them. Please contact us in case of abuse. In case of abuse,
Report this post. 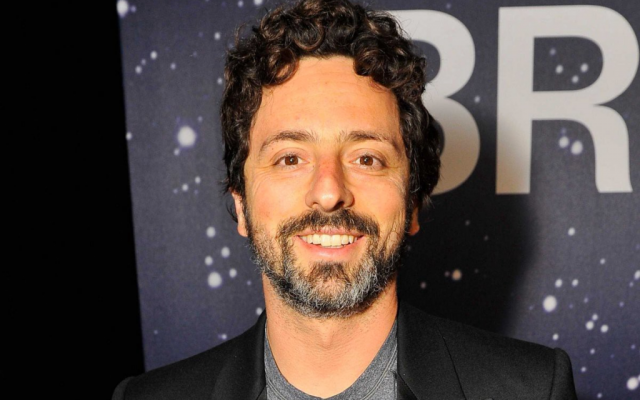 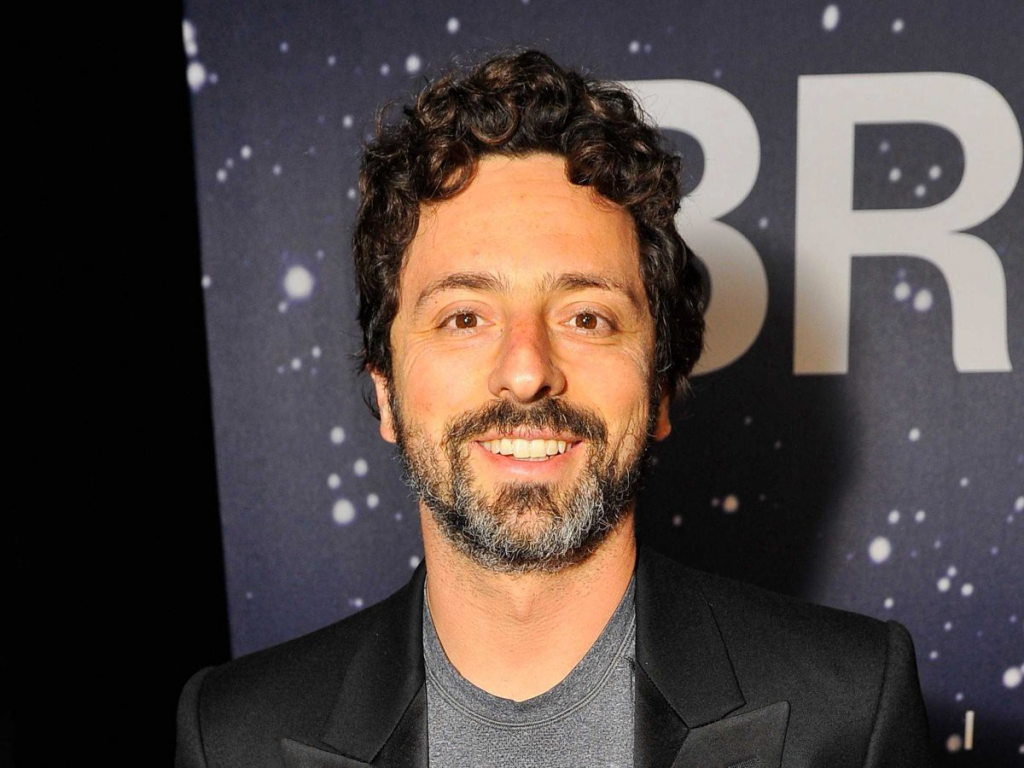 For most of the world, Sergey Brin’s story was elevated to myth after Google’s 2004 IPO. By 2008, the Economist had proclaimed Brin to be the “Enlightenment Man” of our era. His ascent after that was the stuff of classic Silicon Valley legend: A visionary drops out of school, spends time in a garage and emerges enlightened. Investors throughout the Valley lined up at his feet to offer patronage. As another Soviet Russian-Jewish emigre named Sergey at birth, I found myself awestruck when I passed by Brin as he hot-tubbed between diving sessions at Stanford’s swimming pool in 2002. So when in 2005, I too dropped out of college as Brin had, I imagined myself launching the next big thing.

But the burden of achieving early success in the model of Brin predictably led to impulsive decisions and unrealistic expectations. In college, I had spent much of my waking life plotting out and developing an online textbook exchange service, a secondary marketplace that never seemed to crest 10,000 users. Compared to Google, my textbook exchange was a failure. I subsequently began launching other products left and right, believing that with the right concept, I would break the million-user ceiling. Two years later, another company, Chegg, launched and eventually scaled the same textbook idea I had attempted in my dorm room to a 1,000+ employee company. At the time, I was so busy working on two new social networks, I barely noticed Chegg taking off. Nurturing a product beyond two years required too much patience for a 19-year-old carrying such ambitions.

Restless within the Valley culture, I flew to Beijing to find inspiration (and somewhere in the process, adopted my childhood nickname Segah). Eventually I learned that flying halfway around the world on a whim was not a great path to insight. The answers I sought were in fact closer to home.

True introspection came from my father, a security network architect with 25 years of experience consulting for such vendors as Checkpoint and Cisco. My father had shown me what great work, genuine work, looks like. Time after time he was helping companies avert fatal disasters, changing their destiny outside of the spotlight. When, at one point, Russian hackers  –  yes, they existed even back then –  took down licensing servers of his client company a month before its IPO, blocking thousands of this company’s users on Wall Street from access, and potentially costing the company millions, it was my father who labored overnight to restore everyone’s access. The company subsequently did cancel its IPO, but it was not because of the licensing servers. 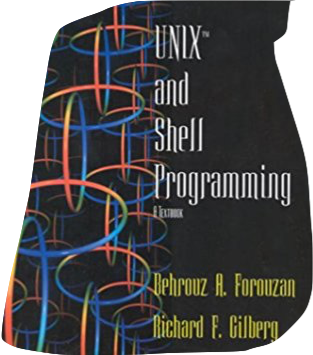 2003, my first introduction to technology

In many ways, my father’s consulting career resembled that of a doctor caring for patients. His work could mean life or death for companies facing a network shutdown or security breach. His work, the accumulation of years of expertise, helped others precisely when they needed it most. As with surgery, there was no room for error. People do not become great doctors overnight, and sloppy surgery can end a career. There was no room for short-term fixes and promises that could not be kept. My father had weathered the Valley’s boom and bust cycles and knew the difference between authenticity and a facade. He had not been raised in Brin’s shadow. His childhood had been spent in the Soviet Union and he had no stomach for well-polished illusions. 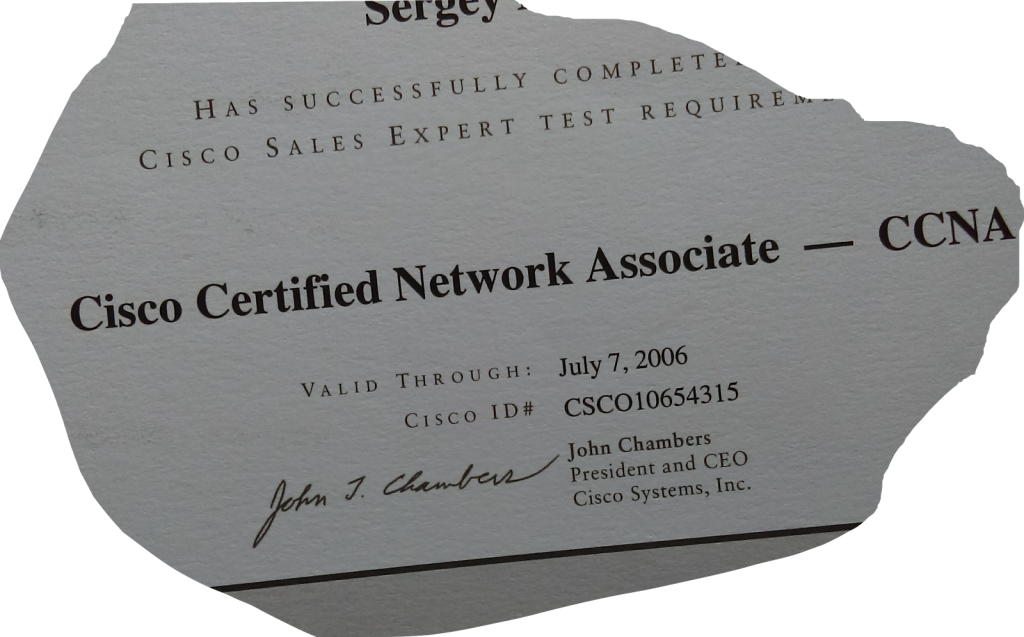 2003, my first introduction to technology

Returning home from a brief stint in Beijing reminded me of my early teenage years and the experiences that first drew me to tech. It was not the cult of idol worship and stardom. I’d been so focused on the metrics-based, investor-driven vision of success that had been prevalent in the Valley that I’d forgotten what made technology fun and intrinsically worthwhile for me. Daily active users, monthly active users, clickthroughs, conversions, pick your metric … None of these metrics really gets at the idea that technology is about something much more qualitative. What actually drew me to tech was my father guiding me through Linux shell scripting; it was me retracing my father’s footsteps through Cisco Networking coursework during my high school junior year. These experiences provided no financial incentive and exacted no obligations, but were intrinsically meaningful. As my views changed, I realized that pursuing the more glamorous path of inventing the next great thing was no longer the right goal for me.

At about the same time I was personally coming to terms with my own disillusionment, the technology community as a whole started to collectively experience various forms of dissatisfaction with the web. What I and others in the community are coming to realize now is that the closed web is a perversion of the internet’s original promise. Facebook, Twitter, Instagram — these apps offer well-cultivated walled gardens that keep us locked into their user experiences, subservient to our phones, passive recipients of self-reinforcing information that streams endlessly into our newsfeeds.

Turns out “free” comes at a price. Parents are increasingly worried about the detrimental impacts of social media’s influence, and once-idealistic founders feel jaded about competing in a world dominated by Apple, Google, Facebook and Amazon. As these forces continue unchecked, many of us are growing increasingly anxious.

As technologists, we’re used to making tradeoffs. When WhatsApp’s engineers released the messenger for an annual subscription fee of $1 without ads, they must have juggled tradeoffs in multiple areas – for instance, adoption versus user experience. Had they chosen to use ads instead, the user experience could have suffered, despite potentially giving the company an early spike in growth.

Likewise, when Dropbox famously offered its early users free storage as a reward for friend referrals, the company chose to over-invest in its early customers over the strategy of buying its new users with lead generating ads. Such examples of creativity are becoming increasingly rare in today’s Silicon Valley, a culture dominated by ad spending and ad revenue with VC-backed business models.

It’s worth noting that Silicon Valley has been compared to Florence during the Renaissance. Certainly there are similarities. Innovation, competition, and risk-taking flourished in Renaissance Florence, and artists during this time had their patrons, just as today’s Silicon Valley startups have their VC backers. But Renaissance artists weren’t rewarded for moving fast and breaking things. Masterpieces such as Michelangelo’s David were created over a period of years, not months. And Leonardo da Vinci apprenticed for 10 years in a workshop in Florence, starting with basic tasks and gradually earning increased responsibilities and freedom.

This mindset also involves being open to recognizing potential where we might least expect it. In a world dominated by Facebook, Google and Amazon, it’s useful to keep in mind that there are many talented technical artisans who are little known or unknown, working behind the scenes. People like my father. People all over Silicon Valley — and beyond — whose contributions challenge the status quo and expand the range of what is imaginable.

This very insight is what helped me two years ago start a data consulting firm. There was no glamour associated with taking on a supporting function, and yet I savor this experience. We — engineers, writers, analysts, scientists, marketers — are all born as artists. Regardless of what environment we find ourselves in, we have the ability to use our imagination, find inspiration from our surroundings, and create things of value. If you have found yourself in a privileged position as a tech creator, you owe it to yourself to find true inspiration to create something of meaning. Just slow down and pay attention.

Thanks so much for reading this; Reach me via my blog if you have questions or comments. 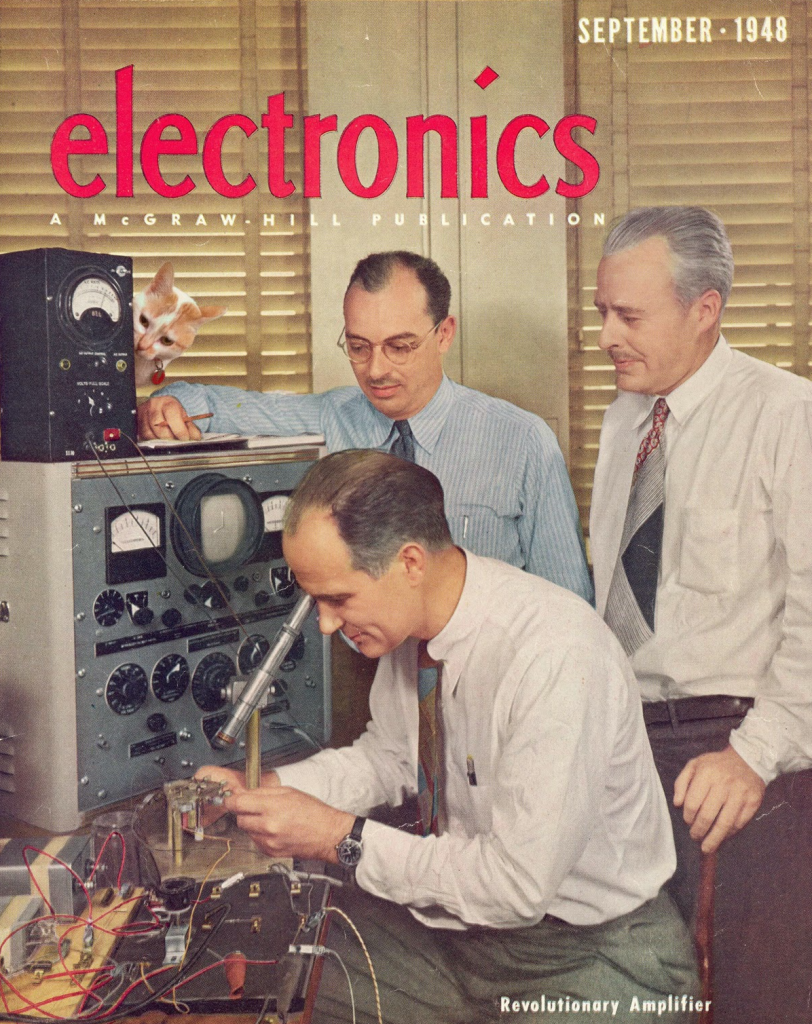 Engineering in the old days. “Inventing the Transistor” by Electronics Magazine
About the Author
Segah A. Mir, an MiT Sloan Fellow and Looker Alum (a Google Company). He writes opinionated pieces on Artisanship in Tech. He has worked on and off in Silicon Valley since 2004.
Related Topics
Related Posts
Comments
Advertisement