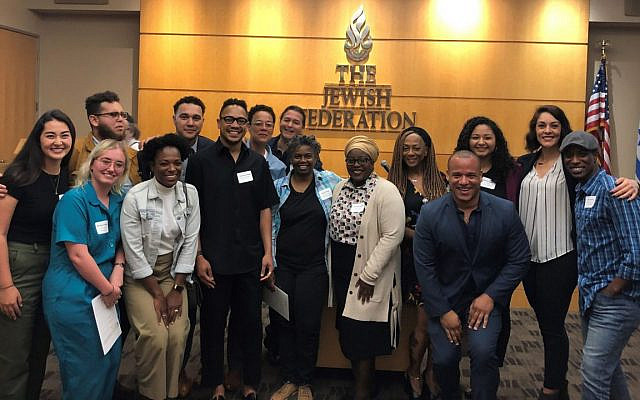 I’m a Jew of Mexican Heritage. יהודים מקסיקניים. I’m also a person of color, although most people mistake me for an Arab or Muslim, and I get the “go back” comment all the time in social media.

That’s to be expected of the super ignorant herds on Facebook — but I expect more of the Jewish community.

While I’ve had a few minor issues within the Charedi and Modern Orthodox community, it’s almost always “non-religious” Jews  who seem the most confused about Jews of Color and treat them like they are not “real” and must be “educated.”

Ignoring some of the blatant anti-black racism that comes from some extremists within our community that I care not to mention, there is always the passive-aggressive anger that comes with lecturing people of color.

While “Jews of color” is not an exclusively American term, it was born of this country’s complex interrelationship between race and identity. An umbrella term, it encompassed Jews with family origins in African, Asian or Latin American countries or those who identified as Black, Latino, Asian, Indigenous or of mixed heritage. Sometimes Sephardi and Mizrachi Jews were included, sometimes not.

There’s this assumption from some  Ashkenazi Jews that only they can really be Jewish, and more importantly, only they can understand Judaism.

Despite having more Jewish education than the average Jew, having gone to a Charedi Yeshiva, college degrees, and having learned also with Rabbi Yisroel Belsky, ZTL, the Posek for the Orthodox Union for semicha – I get treated as if I must be an absolute idiot when it comes to Judaism by those who aren’t familiar that Jews come in all colors.

I get it all the time in social media when I ask questions about complex halachic questions or ask about a translation — even when I explain that I know the terms, but looking for specific — I will get a long-winded “intro to Judaism.”

I don’t know if it’s the lack of education about the subject or that more and more American Jews are separate from our diverse amazing community.  Religious, especially Zionist Jews are used to hearing about Jews of Color in Israel, so maybe it’s less likely they will have this issue. I’ve not had anyone from Israel bring up my “shade” before, because maybe some Israelis are also used to being accused of being “Arab Muslims” when they travel to the USA.

The lecturing comes in all shapes and forms.

They constantly come to my social media from articles and comments of mine, and 99% of the time they are awesome and supportive. However, there’s that 1% that comes with this passive-aggressive stance that I have no right to lecture either about Judaism or about my experiences as a person of color.

The first part is based on the idea of a small number of Jews that only “Ashkenazi” Jews are legitimate. This happens mainly in America where the Jewish community, because of the horrendous Shoah, is predominately “white.”

As many of them turn away from Judaism, they kept the trapping of Jewishness and it became an “ethnicity” to them without Torah.

That belief that Jews are a “race” or “ethnicity” within is not only dangerous, but incorrect. We are a people of many races, many ethnicities. Being Jewish is the state of your neshama (soul). It has nothing to do with your skin color, or lack thereof.

Just as I started to write this today, this seemingly nasty comment came from a white woman, who obviously read my bio, and obviously knew my history — but felt the need to attack my criticism by bringing up my ethnicity and skin shade. 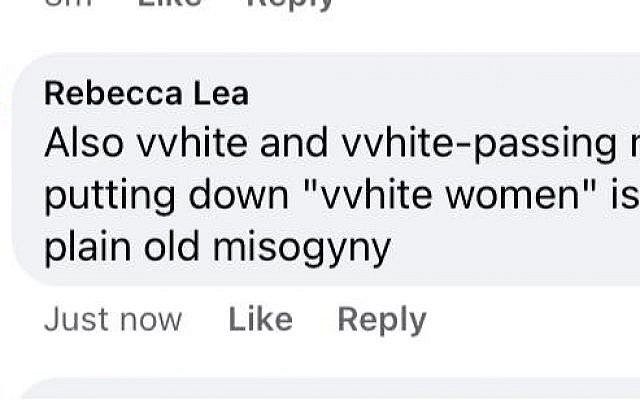 Let’s make this clear: NO ONE has a right to talk about people of color’s “shade.” I don’t care who you are.

Whether or not we are Jewish, claiming that someone is “too light” or “too dark” to be something is just part of the continuation of what Hitler did: classifying folks based on their skin. This type of ignorance has no place in civil conversation, but here it is.

I’ve had this happen before with Catholic Mexicans — one woman a while back claimed I couldn’t be Mexican, because I was Jewish, as if the invading religion of Catholicism was native to Mexico.

Often this is done by self-proclaimed allies who seem to want to pretend to be on my side, but in reality, want to make it all about them.

If you’re a white male ally at a women of color protest, for example, it’s not the time to express how you’re not being heard. The women of color beside you haven’t been heard. You need to sit down for this and listen. If you disagree with me, disagree with me — but somehow pretending you are “more woke” by talking about how I am not the “right shade” is still a white person lecturing me and telling me “like it is” is just disgusting.

It’s also the wrong time to do this.

As Aviva Davis points out, “Black Jews and Jews of Color are carrying a heavy burden right now, and it takes an incredible amount of mental and emotional labor to answer all of our white friends’ questions” and engage with them. You think you’re being an ally, but often you’re just creating more problems because you’re not listening.

If you want to be our ally, stop lecturing us, stop trying to tell us like it is, or take over our causes.

Otherwise, feel free not to say anything at all.