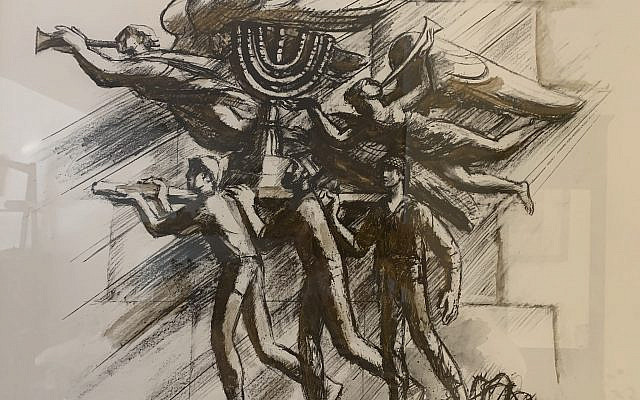 Listening to the radio this morning, I heard people talk on and on about war. Rather than alarm me, they merely made me shake my head, while I struggled to keep a cynical smile in check.

Having lived in Tel Aviv for a little over a year, it is not that I have developed a thick enough shell to ward off fear. Despite the doors opening in the United Arab Emirates and Bahrain, I continue to believe that Iran and Syria, Hezbollah and Hamas, among others, remain real threats. But that is a different matter.

The war talk I heard on the radio concerned the pandemic. Israel is now locked in a war against Covid-19.  So said Prime Minister Benjamin Netanyahu this week. The politicians, medical experts, and commentators I heard on the radio all echoed his ominous declaration. We are now fighting The Coronavirus War.

They may be right, but the people don’t seem to believe it.

Yesterday, the Health Ministry announced that the number of Covid-19 cases surged to 7,500+, a new record high, and that more than 12% of tests came back positive.

Still, the population doesn’t seem to believe we’re at war.

When Hamas fires rockets across the Israel-Gaza border, and the sirens scream, everyone heads for the bomb shelters. Children, first. If Iran were to launch gas-laden missiles at Tel Aviv, people would don gas masks and head for their sealed rooms.

In the case of Covid-19, people seem more concerned about incurring fines for breaking social distancing rules, which keep changing, than they are about the soundless, invisible enemy that might take weeks to kill.

As I have walked the streets of Tel Aviv, I have not seen overwhelming evidence that the people are on guard.  I have seen protective masks worn on shoulders, wrists, chins, and under noses. Rarely have I seen a mask on a child. Indeed, the young of my city are on the front lines, fighting Covid-19 with their youth and their parents’ refusal to restrict their freedom of movement.

As for the protestors who insist on waving signs in Balfour Street across from the prime minister’s residence in Jerusalem, or the ultra-orthodox who demand that they be granted the same freedom to petition God as the protestors have to petition the government, try telling them that we’re locked in a deadly war.

If a rocket were to scream towards Dizengoff Center, people of all ages, religious and political persuasions, would respond similarly. In the so-called Coronavirus War, the one thing people seem to agree upon is that police officers with the power to impose fines pose an authentic threat.  Everything else is, as they say, commentary.

So, please, stop calling it The Coronavirus War.

It sounds like fake news. In light of the inconsistent, at times contradictory, if not incoherent, messages coming from Israel’s leaders since the coronavirus touched down in the Promised Land, you need to find a better metaphor, one that restores trust.

Back where I used to live, in the country that made fake news famous, the president declared that the US was under siege by a hoard of invading rapists coming up from Central America.  Fake news.

He insisted that coronavirus was no worse than the common flu. Fake news. That the Democrats were whipping up virus hysteria for political gain. Fake news. That face masks were unnecessary, while sunshine, ultraviolet light, bleach, and non-FDA approved drugs could shut down Covid-19. Fake news.

The US has recently passed the threshold of 203,000 Covid-19 deaths, making it the runaway world leader in that tragic category. Real news.

So, Prime Minister Netanyahu, stop calling it The Coronavirus War. Tone down your inflammatory Trumpian rhetoric, harness your ego and greed, and give people what they want: consistently intelligent and reliable guidance on how to tackle the virus.

People don’t believe we’re at war, but if you and the rest of your government don’t right the ship of state soon, the country may sink, nonetheless.