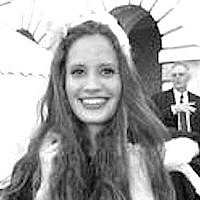 The Blogs
Anna-Christina Schmidl
Apply for a Blog
Advertisement
Please note that the posts on The Blogs are contributed by third parties. The opinions, facts and any media content in them are presented solely by the authors, and neither The Times of Israel nor its partners assume any responsibility for them. Please contact us in case of abuse. In case of abuse,
Report this post. 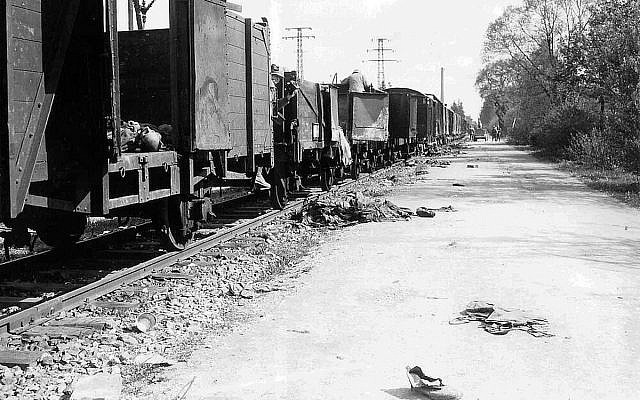 Around three months ago, US and German intelligence records emerged documenting that Franz Josef Huber, a high-ranking SS official, former head of the Gestapo in much of Austria, and accomplice of Adolf Eichmann, continued living in Munich under his own name until his death in 1975. The reason for his impunity? He was recruited by the CIA and the BND, the nascent West German intelligence service, to spy on (suspected) communists.

This should hardly come as a surprise given the lackluster record of the young Federal Republic when it comes to the prosecution of former Nazi officials. Under the Allied denazification laws, low-level Nazi sympathizers were granted so-called “persilscheine” (loosely meaning wiping the slate clean). And the German authorities reportedly knew of the whereabouts of several high-profile Nazi leaders, including Alois Brunner, but failed to take action. While much has changed since the early years of the Cold War when all kinds of former Nazis occupied posts in West Germany’s administration and public life (up to the level of Chancellor Georg Kiesinger and Presidents Karl Carstens and Heinrich Lübke), we should stop treating Germany as a poster child for dealing with the past.

For one, as German political scientist Samuel Salzborn has argued, Germany’s much-lauded reckoning with the past at the official level, evidenced most recently in President Steinmeier’s moving visit to Yad Vashem, is highly ritualized in nature and much disconnected from the majority of Germans, many of whom desire nothing more than to close the chapter of the Shoah and the Nazi past, thus ridding themselves, in the words of Peace Prize of the German Book Trade laureate Martin Walser, of the “moral cudgel” of Auschwitz.

The underlying hope: to finally indulge in the “birthright” of white Europeans waving flags and feeling pride for “one’s country,” notwithstanding the accident of birth that determined one’s belonging to said country, and the grotesque violence upon which all modern nation-states are founded. (On that score, of course, Germany is in an unparalleled category of its own.) In the popular narrative, there’s also a constant inversion of victims and perpetrators: suddenly, it’s the Germans who unjustly suffered under Allied bombardment and rebuilt with painstaking effort a country reduced to rubble (no mention of how we got there in the first place); and widely inappropriate moral equivalencies lurk everywhere (“Erdogan and Hitler — they’re all the same”).

But even where there are serious endeavors to reckon with the past – in public education, for example – several cozy layers of abstraction protect the Germans from the Shoah as a “rupture in civilization” (Dan Diner), and the uncomfortable consequences that might follow (“never again Germany”). Sure, everyone knows who Hitler, Göring, Himmler, Heydrich, Eichmann were and that they carried out radical evil. But what about the lower-level officers, party members and ordinary Germans who were not, as they liked to argue, detached bystanders or just “cogs in the machine,” without whom the machinery of death could not have operated? There is very little introspection about what happened at the local, and thus personal level. A cloak of silence descended on families and communities after the war and it has not been fully lifted to this day.

My own upbringing is a case in point: I grew up in a small town near the Austrian border, a mere 20-minute drive from Nammering, an idyllic village on the outskirts of the Bavarian Forest. In April 1945, as Allied forces were closing in on Nazi-held territory, a death train transporting inmates from Buchenwald concentration camp in Thuringia arrived in Nammering, en route to Dachau concentration camp north of Munich. In a span of five days, an estimated 800 people were murdered – starved, shot, beaten to death. Given the proximity of my hometown to Nammering, one would have expected a school visit, discussion, or any other form of reckoning with the greatest war crime to take place on Lower Bavarian soil. There was nothing of the sort. I grew up blissfully ignorant and only found out about the massacre by chance, long after I stopped living in Germany.

To our teachers’ credit, we did learn quite a bit about the Second World War and the Shoah, including visiting a concentration camp in 9th grade (mandatory for high school students in Bavaria), though we safely crossed the border into neighboring Austria to do so. It would probably be unjust to muse that this was some sort of deliberate attempt to dilute the nexus between my region and Nazi crimes. It is disappointing, however, that even the much-lauded “poster child for dealing with the past” does not do more to ensure that current and future generations understand the less abstract dimensions of history.

The judges at Nuremberg famously declared that “[c]rimes against international law are committed by men, not by abstract entities, and only by punishing individuals who commit such crimes can the provisions of international law be enforced.” If we truly want to learn from the past and build resilient, democratic societies where everyone’s fundamental rights are respected, this is how we should approach our understanding of history as well. In that regard, Germans still have a lot to catch up on.

About the Author
Anna-Christina Schmidl is a human rights researcher and writer currently based in Germany.
Related Topics
Related Posts
Comments