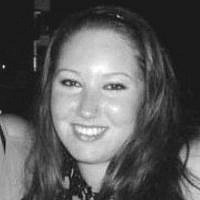 The Blogs
Cara Lebenzon
Apply for a Blog
Please note that the posts on The Blogs are contributed by third parties. The opinions, facts and any media content in them are presented solely by the authors, and neither The Times of Israel nor its partners assume any responsibility for them. Please contact us in case of abuse. In case of abuse,
Report this post.

As a Times of Israel article recently posted, “the state said that it was opposed to allowing same-sex couples to adopt because it would place an “additional burden” on the child.”

First of all, this is not an issue of the left or the right. While looking at my Facebook feed, there seems to be some confusion among the right-wing Israel advocacy community. I guess there has been for some time now. From leading my campus Hillel Israel advocacy efforts, to making aliyah five years ago, I am a product of the Israel advocacy community. One of the talking points Hasbara taught me to memorize while defending Israel as a socially liberal country was,
“Israel is the most gay-friendly country in the Middle-East.” What this implies is that Israel doesn’t persecute their LGBT communities like in Iran or Saudi Arabia, rather Israel actually allows our LGBT community to be alive and exist in society! Am Yisrael Chai.

There’s such a double standard here, where this country calls itself a Western and Liberal Democracy, but then when it’s convenient, we use talking points like, “We’re the most ____ in the Middle-East.” We f*&$ing better be, since we’re surrounded by uncivilized religious theocracies.

This rhetoric is dangerous because it doesn’t leave room for progress. It condescendingly tells people to be complacent in their struggle. If we’re already the best LGBT country in the Middle East, should we accept the bare minimum? Some parades, clubs in Tel Aviv and the hundreds of thousands of dollars it costs to adopt abroad or seek surrogacy? Is that a reason to be proud? Because we have a higher standard than a bunch of third world governments that literally hate social values and progress? Since our brothers in Iran are being hanged, and we’re not, are we not allowed to scream at the top of our lungs when our dangerously religiously influenced legislators stand up in parliament and spew homophobic banter that undermines people’s civil rights?

I will always be an Israel advocate, but I will never utter the words, “Israel is the most gay-friendly country in the Middle-East” ever again, because it makes a mockery out of the progress this community has made thus far and seeks to arrogantly hush important protest while ignorantly turning a blind eye to the decisions this government is making that seeks to deny people the right to create families in the country they’ve militarily served and payed taxes to.

To anyone doubting the importance of this issue because you think it’s a “left-wing issue”: if you want to advocate for Israel and celebrate Israel as a democracy, defend her from BDS and anti-Zionism and anti-Semitism, then start holding this government and country to only the highest of standards. If not, then we’ve lost.

About the Author
Cara is a first year law student at University of Ottawa. She recently moved back to Canada after living in Tel Aviv, Israel for 6 years where she worked in the high-tech industry and completed her Master's in Political Science.
Related Topics
Related Posts
Comments