The Blogs
Camie Davis
Apply for a Blog
Advertisement
Please note that the posts on The Blogs are contributed by third parties. The opinions, facts and any media content in them are presented solely by the authors, and neither The Times of Israel nor its partners assume any responsibility for them. Please contact us in case of abuse. In case of abuse,
Report this post.

Recently, Hamas threatened to “open the gates of hell” against the IDF. So I have a suggestion. (And yes, I know that me, sitting thousands of miles away from Israel, offering a suggestion is both presumptuous and audacious. But I’m going to do it anyway.)  So here goes. While the brave men and women of the IDF are indeed storming the gates of hell, what if Jews stormed the gates of Heaven? Literally.

A few weeks ago, I went to the Gateway to Heaven that Jacob saw and described. I went atop the Temple Mount. My esteemed friend, Rabbi Chaim Richman, who works ceaselessly for the rights of non-Muslims to be able to ascend and pray on the Temple Mount without discrimination, was kind enough to guide me and my family on the Mount during our recent trip to Israel.

I’m not Jewish. But the only way I wanted to visit the Mount was with my mentor and friend, so I waited with him and the other Jews in a separate line, hoping to ascend the Mount.

I didn’t sleep any the night before going due to excitement, yet also due to anxiously wondering if the gates for Jews would be unlocked, which often are not. “I’ve traveled thousands of mile,” I reminded G-d during my sleepless night. “Please don’t let a locked gate stop me from ascending.”

Since I was in line with Jews, my passport was taken from me while I waited. I looked wistfully over at the uninhibited visitors walking through the gate for non-Jews. The police paid little attention to who they were or how many of them ascended since they weren’t Jews. I wondered, as they nonchalantly ascended, if they had any idea how lucky they were.

After waiting about 45 minutes, the gates were unlocked. I, along with my family and about 15 other Jews in our group, got to ascend. It only took 129 steps up a ramp to reach the highest point on earth. Imagine that. One hundred and twenty nine steps and there I stood at the Gateway to Heaven.

Almost immediately upon our arrival on the Mount our group was noticed by Muslim “greeting committees.” Groups of Muslim men and women were sitting in what appeared to be study groups. But once they saw Jews walking on the Temple Mount, they abandoned their “studies” and started repeatedly shouting, “Allahu akbar!”

After the first group shouted at our group, I was just relieved that my children did not seem frightened. If anything, they seemed annoyed that a group of adults were acting like spoiled children.

However, by the time we walked by a third group that started yelling at us, I’d had enough. The fact that Hashem’s honor was being desecrated on the very spot He chose to place His name was maddening.

I had been warned not to pray out loud on the Mount. And to ensure that I or anyone else in our group didn’t pray, two Arab representatives of the Waqf followed us and watched us. But at that point I did not care.

I think women universally can relate to what I’m about to describe regarding a woman who morphs into a “mama bear.” When Mama Bear comes out, there is no stopping it. And that’s what I felt like – a mama bear.

Not only was I angry that Hashem’s honor was being desecrated, but I was angry that my children were hearing relentless shouting from people declaring that who they worship is greater than the G-d of Abraham. (And if you want to argue that Muslims worship the same G-d that Jews do, then why the heck were they yelling at Jews that their “God” is greater?)  So I told my children to stand in front of me and look at me. At first I pretended I was just talking to them, but that charade quickly ended as I began stating out loud the only prayer I know in Hebrew. “Baruch ata Adonai Eloheinu Melech ha Olam.” I said it over and over again. And the more I said it the louder I got. For a short window of time I didn’t care who else was watching me or hearing me. All I cared about at that moment was that my children and Heaven heard me declaring the Kingship of the G-d of Abraham.

And guess what? No one stopped me.

So, as corny as this might sound, as crazy as you might think I am, I’m sending out a call to all the mama bears in Israel. All the sons and daughters of the IDF are your children. You are their Mama standing in proxy for Mama Rachel.  And anything I, a non-Jewish woman can do on the Temple Mount, you can do better. That’s why I think it’s imperative for you, the women of Israel to join forces, even more so than you already have, with your sons and daughters of the IDF who are storming the gates of hell. Help them by storming the gates of Heaven. Literally.

If you did this together, who could stop you? That is, once you got passed the locked gate below the Mount. No one. Absolutely, no one could stop you. 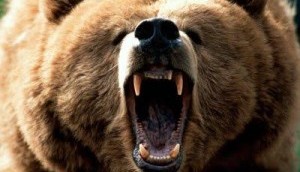 About the Author
Camie Davis is a non-Jewish writer and advocate for Israel.
Related Topics
Related Posts
Comments