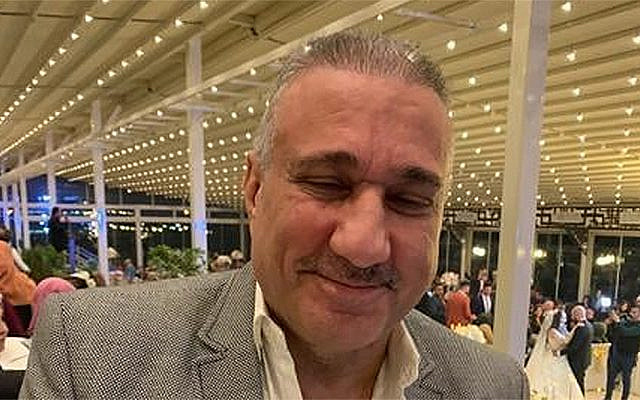 Thafer Fuad Elyahou's death was seen as “an immense blow" to administrating the affairs of the Iraq Jewish community's remaining assets, including cemeteries, shrines, synagogues and legacies. (Edwin Shuker) via JTA via Jewish News

Last week, newspapers including The Times ran a news story about the death in Baghdad of a Jewish orthopaedic surgeon, Thafer Elyahou, 60. Even though he was known as “the doctor of the poor,” his death from natural causes would not normally make it into the pages of The Times but it was reported because of its significance. According to the report (and to official statistics), Dr Elyahou’s death leaves only four Jews in Iraq from a Jewish population which once numbered hundreds of thousands.

The story mentioned this dramatic fall in the number of Jews but not the reason. What was completely absent was an explanation of any kind for this astonishing decline. If you are Iraqi-Jewish or have Iraqi-Jewish connections, you will have been angered by this failure to include any explanation for the fall in the number of Jews in Iraq from the 1940s onwards. But unless you read the story online and saw a few angry comments, this “fail” will have passed you by.

I feel some sympathy for the newspaper. It was, after all, publishing a news report not a history textbook. On the other hand, I also understand – and share – the frustration and fury of Iraqi-Jews or those with Iraqi-Jewish connections, because the complete failure to contextualise the decline, the absence of even the most cursory explanation for why the Jewish population had dwindled to just 5 allowed uninformed readers to think it was a natural phenomenon rather than the direct result of systematic persecution that began in the 1930s, reached a climax in 1947-8, and persisted through subsequent decades.

In 1948 alone, the Iraqi government forbade Jews to engage in banking or foreign currency transactions; dismissed Jewish employees and officials from all governmental departments and dismissed Jews from jobs in the railways, the post office and the telegraphic department; refused export and import licenses to Jewish traders; told oil companies operating in Iraq that Jewish employees were no longer acceptable (even outside Iraq), and passed a law making “Zionism” punishable by death. In 1951 the situation was so grave that Israel launched a rescue operation, airlifting some 130,000 Iraqi Jews to their shores via Iran and Cyprus. There were public hangings of Jews in the 1960s and 70s.

For those who might suggest that life only became perilous for Iraqi Jews due to the existence of the State of Israel, there is ample evidence that life started to become dangerous for Jews from 1932 when Iraq became independent. For example, in Baghdad in June 1941 – long before the establishment of Israel – around 200 Jews were killed (some reports claim that 750 were killed) and hundreds more raped or tortured and their homes looted in what is known as the Farhud Pogrom.

By ignoring the hangings, officially sanctioned terror, confiscation of property and the civil-liberty and human-rights abuses; by omitting any mention – however brief – the report colludes in expunging from history this period of systematic persecution of Jews in Iraq and other Arab countries.

But more than that, it also feeds the narrative of Jewish imperialism and Jewish “oppression” in the Middle East. Or, if it doesn’t actually feed the narrative, it allows to stand a version of history (notably a version of Middle East history) carefully fabricated by Israel’s enemies which claims that Jews are the aggressors and the oppressors when the reality is the opposite. And this reality could have been easily proved if somewhere in its story The Times had noted the reasons for the near-extinction of the Jewish population of Iraq.

There is another aspect to this, too: although Iraqi Jews almost never think of themselves as “refugees,” having fled their homes, businesses, property and possessions, that is what they were.

However, in contrast to the 550,000 to 600,000 Arab Palestinian refugees tragically left in 1948 to fester in camps on Israel’s borders, the 850,000 Jewish refugees from Iraq and other Arab lands put down roots and flourished. Some 600,000 were absorbed by Israel while the remainder settled  in Britain, the US, Australia and elsewheres. They were not kept in abject poverty for photo-opps or for use as political pawns, they did not sit on the Iraqi border (or the borders of any other Arab nations); they did not demand the right of return (though Jews had lived in Iraq (or Babylon as it then was) from the sixth century BCE; they did not become a terrorist organisation perpetrating deadly attacks on Iraqi civilians and they did not launch a campaign designed to demonise Iraq.

And that is why they and their descendants are so angry at papers such as The Times. Because by omitting any reference to the brutal persecution of Iraqi Jews that resulted in Dr Elyahou being one of just five left in the country, the story missed a vital opportunity to not only give an sight into this chapter of persecution but to nail the prevalent antisemitic myth that Jews are oppressors rather than oppressed.