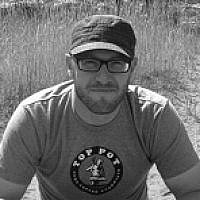 The Blogs
Carl Yonker
Apply for a Blog
Advertisement
Please note that the posts on The Blogs are contributed by third parties. The opinions, facts and any media content in them are presented solely by the authors, and neither The Times of Israel nor its partners assume any responsibility for them. Please contact us in case of abuse. In case of abuse,
Report this post.

Several recent articles in media outlets, including al-Monitor, The Daily Beast, and The National Interest, have addressed the existing tensions between two formidable forces united in the fight against the Islamic State, the Kurdish Peshmerga and the Shiʿi Militias. Though each is determined to do everything in its power to halt the advance of the Islamic State, the ultimate ends for which these groups are fighting diverge greatly: the Peshmerga, on the one hand, seek to consolidate Kurdish control over “disputed territories” in northern Iraq – Kirkuk, Tuz Khurmatu, Kalar, Jalawla, and Saadiya – in order to further advance the objectives of Kurdish independence, while many Iraqi Shiʿi militias seek to both advance Iran’s ideological program and interests and to shore up the Shiʿi-led Iraqi central government in Baghdad. According to the authors of several of the aforementioned pieces, fundamental tensions such as the status of Kirkuk have the potential to devolve into armed confrontation and new “civil war.” Though such tensions certainly exist and are nothing new, a widespread conflict is unlikely to break out in the near future due to the ongoing existential threat of the Islamic State and disagreement between the main Kurdish political parties over the role Shiʿi militias should have. 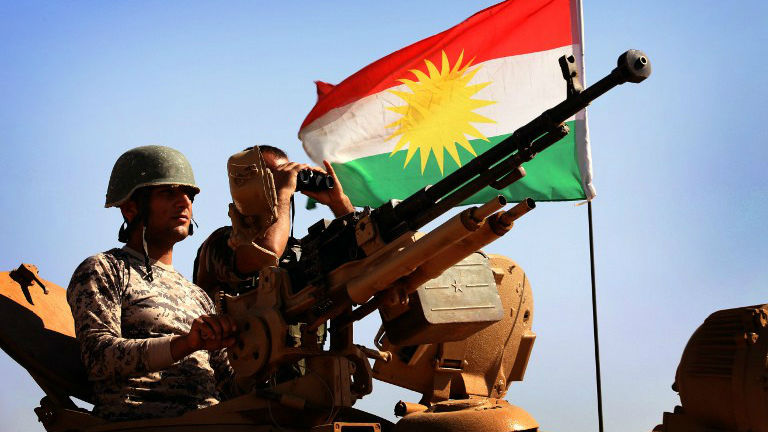 In the past year, the Peshmerga and Shiʿi militias have coordinated military actions to recapture territory from the Islamic State, such as in Saadiya and Jalawla, where Patriotic Union of Kurdistan (PUK) Peshmerga worked with the Badr Organization and Saraya al-Khorasani. Yet, once the Islamic State was pushed out of these “disputed areas” – for the time being – tensions between Peshmerga and Shiʿi militias  intensified amid the lack of a common enemy and disputes over who would control the liberated areas.

The boundary demarcating the Kurdish region from the rest of Iraq has been a point of contention for decades between Kurds and the central government in Baghdad. Now, following the advance of the Islamic State into these “disputed areas” and their subsequent recapture by the Peshmerga, Shiʿi militias and the Iraqi Army, the question of the future status of these territories and villages has been opened once again. Some Kurds have declared Jalawla – deemed “a lawless ghost town” – to be part of Kurdistan, a firm expression of the desire to seize the opportunity provided by the Islamic State’s onslaught and bring “disputed territories” under the control of the Kurdish autonomous region.  Such territorial expansionist ambitions are anathema to many Iraqi Shiʿi militias.  A commander in the Saraya al-Khorasani militia, Jawad al-Hosnawi, stated, “If they retain a fanatic stance about the areas they have taken, there’s no way we will allow them… Our problem is if they want to separate from Iraq or form an ethnic state – no way.”

Tensions between the groups have also resulted in exchanges of small arms fire, sometimes resulting in fatalities. At the end of November members of either the Badr organization or Asaib Ahl al-Haq killed a policeman in the Kurdish town of Kifri after residents threw rocks at the militiamen who in turn opened fire.  A Peshmerga Commander, Jamal Murtka, remarked that “the [presence] of any militia group anywhere affects the security of the place. The presence of [Shiʿi] militia groups in these areas will cause trouble for Peshmerga forces.” Other reports of armed skirmishes have emerged, such as one between Peshmerga and Saraya al-Khorasani in the village of Salam, which ended in one dead Shiʿi militiaman and the temporary seizure of six Peshmerga in retaliation.

Now, attention is focused on the disputed, oil-rich city of Kirkuk, which has been referred to as “the Kurdish Jerusalem” and whose status is contested by the Kurds and the central government in Baghdad. Bearing its economic, political and symbolic status in mind it is not surprising that it has been a point of contention between the Kurds and several Shiʿi militias, particularly after the Peshmerga took control of the city in June 2014.  That same month Kurdish Regional Government (KRG) President, Massoud Barzani, stated, “We waited for 10 years for Baghdad to solve Article 140 [article meant to address status of Kirkuk]. Now it’s accomplished because the Iraqi army pulled out and our Peshmerga forces had to step in. So now the problem is solved. There will be no more conversation about it.” Barzani’s territorial claim irked Kataib Hizballah and Harakat Hizballah al-Nujaba, each of which issued harsh statements warning the Kurds that such territorial expansion and claims would be fiercely met with armed resistance.  Echoing the denunciations of then Prime Minister Nouri al-Malki, Kataib Hizballah accused Barazani and the Kurds of collaborating with ISIS and Baathists to steal Iraq’s oil and divide the country.  Harakat Hizballah al-Nujaba went even further, threatening to “rain rockets down on Erbil.”

Recently, a Kurdish media outlet reported that several Shiʿi militias, among them Kataib Hizballah, Badr, and Asaib Ahl al-Haq, have increased their military presence in and around Kirkuk, raising fears among the Kurdish populace that their presence poses a potential threat to the future of Kurdistan and Kurdish control of “disputed territories.” Moreover, there has been increased talk of moving Shiʿi-dominated Popular Mobilization Units (PMUs) to Kirkuk to reinforce its defenses against any possible military offensive by the Islamic State. Until this point, Shiʿi militias have maintained a visible, expanding presence in the environs around Kirkuk, evidenced by increased military operations and military parades. Moreover, Hadi al-Ameri, the leader of the Badr organization, visited the city to meet with its leaders and coordinate defensive actions. However, suggestions of increasing Shiʿi militia presence has been rejected by Barzani, who, in an interview with al-Hayat, stated that “We [the Kurds] are not in need of the Popular Mobilization [forces] and will not allow any forces to enter Kirkuk.” This rejection, which he reiterated several days later, was defiantly denounced by Qais al-Khazali, the leader of Asaib Ahl al-Haq, who vowed to resist “the Kurdification of Kirkuk even if it costs [him his] life.” However, Barzani’s hardline position regarding the Shiʿi militias is by no means shared across the Kurdish political spectrum. 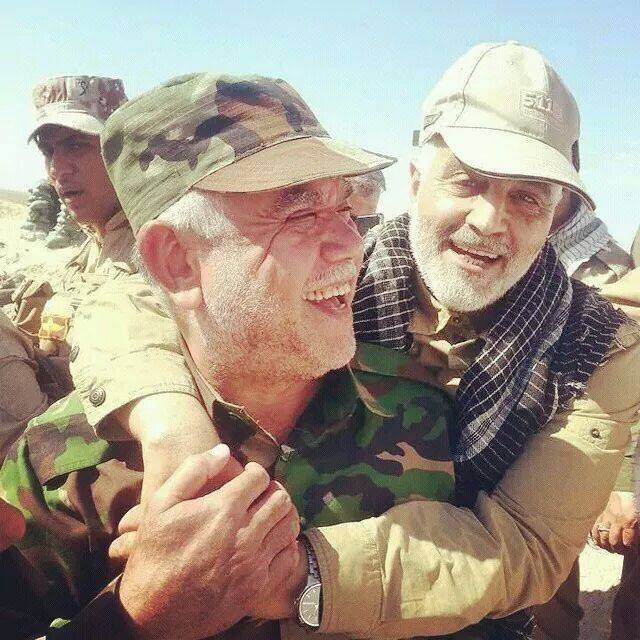 Though Barzani and his Kurdish Democratic Party (KDP) reject, outright, the presence of Shiʿi militias in areas of Kurdish control, the PUK, led by Iraqi President Jalal Talabani, and the Kurdistan Workers Party (PKK), led by Abdallah Ocalan, take a more accommodating position, stressing the need to maintain unity in the fight against the Islamic State. Barzani’s hardline position, heated rhetoric from Shiʿi militia leaders and minor incidents of violence aside, it is unlikely, at this point in time where the threat of the Islamic State remains acute, that any rift between the Kurds and Shiʿi militias will devolve into a more widespread armed confrontation.  But, this being the Middle East, stranger things have happened.

About the Author
Carl Yonker is a Junior Research Fellow at the Moshe Dayan Center for Middle Eastern and African Studies at Tel Aviv University.
Related Topics
Related Posts
Comments