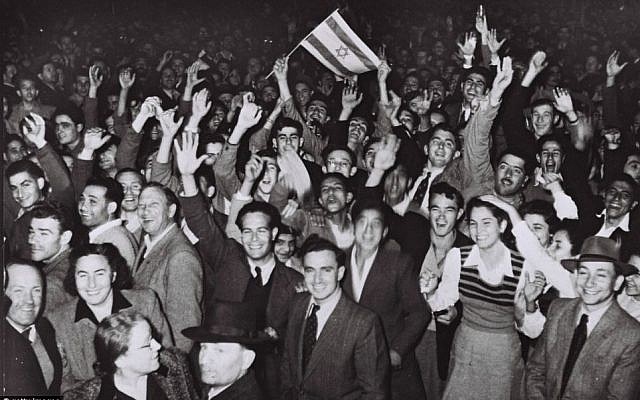 Last week, the Knesset ratified and passed into law the 16th Basic Law — “Israel as the Nation-State of the Jewish People.” Since its passing, this law has garnered much controversy both in Israel and abroad. On the one side, there have been continual reactions of fierce dismay and condemnation throughout news platforms as well as social media to this piece of legislation declaring among other statements that: “The land of Israel is the historical homeland of the Jewish people, in which the State of Israel was established (Full text of the Law).  In news articles, many feel that selections or the entirety of this new law discriminates against the Arab citizens of the State, as well as serves as an unnecessary flaunting of “Jewish power” at the expense of the minority communities in Israel (Times of Israel).  On the other side, there are those who claim that the media is making a mountain out of a molehill and point to the fact that this new law would not be out of place among many other liberal democracies of the West (Eugene Kontorovich). Additionally, there are those who argue that the law is necessary to preserve the “Jewish Character” of the State in the face of the Judicial activism of the Israeli Supreme Court (Emmanuel Navon). This debate continues on social media where many individual Arab citizens share their consternation at the feeling of being considered  “second-class citizens”, while others feel that this new law is completely normative (Sara Zoabi, Fred Maroun).

Is the language of this law purposely discriminatory and racist, as its detractors would have us believe?  Or as its advocates posit, is it simply reflecting the truth of the Jewish people’s eternal connection to the Land of Israel?  As with most debates, the validity and truth of the above claims and statements lie somewhere in the middle. However, the fact remains that regardless of how a person feels about this law, there is an important aspect of Jewish and Israeli Nationalism that is brought to the fore and we are now forced to address. Is the concept of Jewish nationalism inherently problematic? Does it contradict the universalistic nature of Judaism to be a “light unto the nations”?

Once again, as in my previous post (A Call For Unity), the writings of Rabbi Abraham Isaac Kook hold an extremely important and timely message regarding the dangers that lurk beneath the surface of nationalistic tendencies and feelings. Understanding these risks and how to prevent them is the first step towards a robust, healthy and truly Jewish sense of national pride and patriotism.

In his essay “The Soul of Nationhood and its Body” (included in his work Orot) written during the early stages of the renewal of the Jewish national home, Rav Kook explains that nationalism — like any other abstract ideal — is weakened and loses some of its luster when it encounters the hard reality of practical implementation. Though written close to 100 years ago, the four main points he enumerates in his essay while discussing the topic of nationalism in general and Jewish nationalism in particular, are all the more pertinent for our times.

The love for the nation, or more broadly, for humanity, is adorned at its source with the purest ideals, which reflect humanity and nationhood in their noblest light. In the conceptual world these are entities full of majesty and beauty, delight and life, mercy and truth, justice and humility, valor and joy, intelligence and feeling. They are in a state of continuing progress, which brings joy to every noble heart. This is how they appear in the conceptual world. But when they enter the world of action, and are set within boundaries, at once some elements of the higher light disappear. The large aleph becomes a small aleph. The obstruction of life multiply. The agitation of anger and fear, of hostilities and arrogance, grow and fill the atmosphere. Humanity, on the practical level, robes itself in soiled garments; its many lights fall into hard shells in which it is wrapped. The one who loves it as it is will be unable to rise toward a higher life. He is rather likely to absorb into himself the filth accumulated within it than the holy sparks hidden in its secret places. (Translation by Ben Zion Bokser,Abraham Isaac Kook The Classics of Western Spirtuality pg. 277-278)

Inestimably beautiful is the ideal of establishing a chosen people, a kingdom of priests and a holy nation, out of people sunk in frightful servitude, the brilliance of whose patriarchal origin shall illuminate the darkness. In the divine heights, this ideal abides in the secret hiding place in its purity. But it must be materialized, set within a particular boundary, among people with good and also evil passions, in communities in need of sustenance, of gaining a foothold in the land, of governmental authority. The collective life must allow room for everybody, from the heights of people of pure spirit and refined souls to the lowland of inferior people who are bound to pursue the lower aspects of existence. Mortal eyes, bleary, lose all their brightness, the spiritual dimension becomes enslaved and darkened in the darkness of life, which abounds with filth and refuse. Humanity in its limited form, which is pervaded with abominations more than with refinement and light, is therefore likely to influence its devotees with evil and gross darkness. This is the source of evil in liberalism. And when then particular nationalism robed themselves in the thick garment of worldliness, humanity, too, descended from its heights. The nationhood of the Jewish people was broken so that it ceased functioning, and what is left is only the highest dimension of its basic conception, hidden in the ideal of reviving the nation in the highest dimension of its purity. Streams of light can descend from this august position to revive the edifice of the nation to its original scope, its scope at the beginning of its existence. By drawing on this higher, divine influence, the nation’s worldly garments can also be restored. But if a person should wish to embrace the nation in its decadent condition, in its coarser aspects, without inner illumination from its ancient, higher light, he will soon take into himself filth and lowliness and elements of evil that will turn to bitterness in a short span of history of but a few generations. This is the vision of the evil kind of nationalism that we encounter. (Ibid. pg, 278-279)

The delusion of centering our religion on its outer forms, which, because of its weakness of perception, despises all the wealth in the mystical realm, has darkened the eyes and reduced our spiritual vision by building a wall of dross for the free spirit… When this outlook is applied to nationalism, it chooses precisely its worst elements, those likely to corrupt everything noble in the image of the individual, whose path is meant to point toward God. Without the dew of life in the love of God, of noble reverence abounding with discernment and knowledge, and a life-faith pulsating with freedom, nationalism must take its path to pick grains from the animal dung of an inferior nation. In a gloomy spirit, full of anger and sickness, it will pride itself in the outwardness of a language whose mighty holiness it does not recognize, of a land from whose wondrous qualities it is alienated, of nostalgic yearnings from which it has discarded every element that can nourish and vitalize. The adherents of such a nationalism will be disdainful of a nationalism that nobler and more spiritual it is at its source, and they will contaminate it with the filth of their own impurity. There is no faith, there is no fear of God, there is no moral grandeur and no heroism of spirit-and what life can be revived by it? (Ibid, pg 279-280)

This is the narrow state to which the community of Israel will descend prior to an awakening to the true revival. On awakening, she will thrust aside with decided indignation all her dross, and with a divine resoluteness, she will gather to herself all her good. From the holy heights, she will restore to life all her treasures, and all her precious possessions will shine with a higher illumination. The sounds of song, the majesty of the holy tongue, the beauty of our precious land, which was chosen by God, the ecstasy of heroism and holiness will return to the mountains of Zion. With the cleansing potency of the original soul of our people, with hidden divine influences and with the light of mercy and a higher pleasure hidden within it, will they come and also cleanse all the outer garments in which the soul and spirit of the nation robed itself. (Ibid, pg.280)