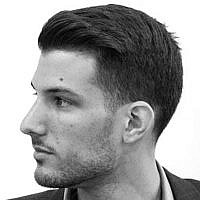 The Blogs
Yaron Lischinsky
Apply for a Blog
Advertisement
Please note that the posts on The Blogs are contributed by third parties. The opinions, facts and any media content in them are presented solely by the authors, and neither The Times of Israel nor its partners assume any responsibility for them. Please contact us in case of abuse. In case of abuse,
Report this post. 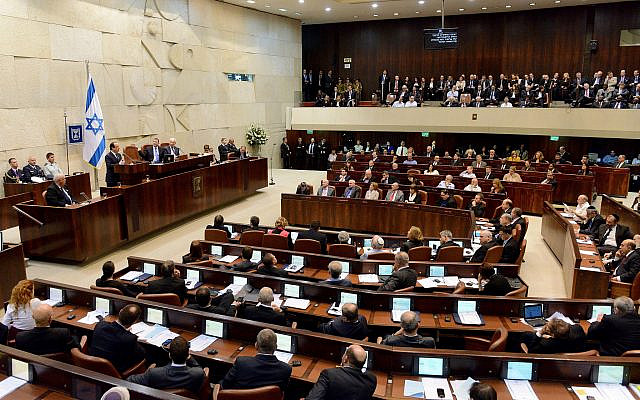 The Knesset - Photo by Rafael Nir on Unsplash

Israel cannot stay in this state of limbo much longer without suffering irreversible damage to our institutions, democracy and social cohesion.

It lasted longer than we expected but in the end, yet another Israeli government coalition collapsed, setting up the 5th election in three years and sparking sharp reactions from the Israeli public.

The goal of this piece is not to present my personal view on the specifics of this event, nor denunciate individual politicians, but to take a step back and on a conceptual level try to understand what a continuous failure to form a stable government means for a democracy such as ours. I hope this will help us see our present political afflictions clearer and direct us towards better solutions.

Israel is a parliamentary democracy. Many people today might not want to believe this, but it is a fact nonetheless. As such, it consists of legislative, executive and judicial branches, all of them vital in order to keep the country functioning properly. Much could be said about the latter two, but they are not the topic of this current discussion. Let us recall, then, the purpose of the legislative branch within this system of checks and balances we call democracy.

The legislative branch is that part of government tasked with making laws for a political entity, holding the executive branch accountable, ratifying treaties, and many other functions of a more “technical” nature. But it is much more than that. At the Constitutional Convention, James Madison, one of the Founding Fathers of the United States and a major contributor to its constitution, noted that the purpose of the legislative branch “is to consist in its proceeding with more coolness, with more system, and with more wisdom” than other branches. This should not only be the aspiration in the American context but should also serve as an ideal for any branch with legislative functions.

If such language seems strange to you in regard to the legislative branch, I don’t blame you. It is because at least in Israel, these qualities have been sorely lacking in our system of government for years. This is rather obvious to anyone who has watched debates in the Knesset unfold. In fact, one could claim that the Knesset and its member are doing the opposite of what the people who devised this system had in mind. Without the existence of an elected legislative body, the whole concept of parliamentary democracy and government loses its vitality. This is because, as Madison pointed out, the legislative branch was designed to be its guide, a compass that gives direction.

Another way to think about it is this: Like a horse needs a rider, the state needs a government. The horse might be able to run a hundred miles but without the guidance of its rider, it will quickly get lost in the woods. The modern administrative state is a beast also, and a frightful one at that. To understand the power it wields over our lives, one must only recall to mind the measures that were taken during the pandemic. Notwithstanding whether I agree with these measures or not, and whether you believe the state is a mighty beast or a benign working horse, without a master, it will either cease to move or run amok.

Excessive elections do much the same to a polity as to a rider who is constantly debating whether he should be the one riding the horse or if there is someone else more suitable than him. Though he has been equipped to do the job reasonably well and has at his disposal a horse to take him to all sorts of places, they will never get anywhere and stay stuck at the stable.

This is the state in which we find ourselves today. Our rider has once again dismounted and we are left wondering if at this rate we will ever get to our desired destination. Israel cannot stay in this state of limbo much longer without suffering irreversible damage to our institutions, democracy and social cohesion. Israel has places to go and things to do. Let us hope the rider will soon make up his mind and that in due time, we will leave the stable and head towards a more inspiring destination.

About the Author
Yaron Lischinsky immigrated from Germany to Israel and lives in a moshav near Jerusalem. He holds a BA in International Relations and Asian Studies from the Hebrew University and is currently completing his MA in Government, Diplomacy & Strategy at Reichman University, focussing on Governance and Political Violence. In his free time he enjoys books, art and spending time with his family.
Related Topics
Related Posts