The Blogs
Maurice Solovitz
Tolerance can't be measured in degrees of Intolerance
Apply for a Blog
Please note that the posts on The Blogs are contributed by third parties. The opinions, facts and any media content in them are presented solely by the authors, and neither The Times of Israel nor its partners assume any responsibility for them. Please contact us in case of abuse. In case of abuse,
Report this post.

Egypt gave the world the Muslim Brotherhood, the institution that has spread across the globe as a cross between the Institution of the Inquisition and the Knights Templar. Its most recent activist successor is Islamic State. It is noteworthy that in a country without Jews to blame, Muslims blame Christianity for the failure of the Arab Spring.

The Muslim Brotherhood was the creation of Hassan al-Banna, in Egypt in 1928. Its fountainhead was devoid of any connection to Zionism or Jews. It was (and is to this day) socially regressive. It was created in response to British colonial attempts at reform. It demanded as it continues to demand the elevation of sharia law to a position of domination over everyone.

Zionism also had an idealised foundation. But whereas the Muslim Brotherhood attempted to establish a solid link between seventh century Islam and the contemporary world, the philosophy and vision of Zionism was in complete contrast to Islamism’s latest radical creation in a never ending progression of extremist Islamist positions. Zionism rejected superstition, it discarded bigotry and it rebuffed any inclination towards a hegemonic religious, totalitarian vision. Zionism created a Declaration of Independence which forms the inspiration behind Israel’s Basic laws.   It is worthwhile to repeat part of that founding Declaration:

“The State of Israel will ….be based on freedom, justice and peace as envisaged by the prophets of Israel; it will ensure complete equality of social and political rights to all its inhabitants irrespective of religion, race or sex; it will guarantee freedom of religion, conscience, language, education and culture…”

It is something that has skewered Israeli political and moral thinking. In Israel, realistically, equality exists in law but not in practice. That does not make Israel unusual or unique. It just makes the State of Israel normal. Democratic institutions strive to create a consensus towards equality but it is an ongoing dialogue that is continuously being tested under changing conditions. That is the frailty and the strength of democracy.

Secretary of State Henry Kissinger (1973-77) lived the American dream but never escaped the nightmare of anti-Semitism. He admitted to confronting social prejudice at every stage in his career even as he became one of the most influential people in America. And as a Jew, he could always be put in his place. Nevertheless, the greatness of America is that he was able to dream, and minus the Presidency (he was foreign born), he could reach for the stars.

Courage is a pivotal requirement in achieving any dream, and peace is impossible without it. But peace between Israel and Palestine is becoming more difficult to achieve with every day and it is because of ongoing incitement. If there is no violence or threat of violence then people can and do live freely together. Settlements are nascent villages and towns – they can become the core of inter-communal reconciliation.   But incitement, because it creates fear also demonstrates a negotiation conducted in bad-faith. This is because people who are frightened forge maximalist positions to protect themselves from their enemy. As gaps grow and positions harden the possibility of reconciliation decreases.

Palestinians never cease to incite hatred of Israel’s Jewish population while promoting demands reminiscent of their previous periods of historical prejudice. President for Life Mahmoud Abbas tells the world that his country will be Judenrein (Cleansed of Jews). He rewrites our history to eradicate Jewish history. Western liberals, if they acknowledge this war-crime, this cultural ethnic cleansing, perhaps see it as no more than a negotiation tactic. That is naïve at best and at worst it is telling the victim to trust his abuser. The nullification of anything precludes its negotiation. It is an aggressive strategy created in that same bad-faith. Fatah honoured its jailed leader Marwan Barghouti because he had killed “61 Zionists”. When we glorify killers we also send out a message. Sticks and stones will break your bones but with words begin the slaughter. It is argued that Yasser Arafat had more blood on his hands – he killed Muslims as well as Jews indiscriminately. But grandstanding, telling your supporters that someone who killed 61 Zionists is to be honoured has a parallel, wholly negative message to the seven million or so Zionists who live in Israel and to the tens of millions of Zionists living outside of Israel.

Our enemies understand the importance of the War of Ideas in winning over the hearts and minds of world-wide public opinion. We do not. In 2016, Belgian lawmakers across the political spectrum nominated the mass-murderer, Marwan Barghouti, for the Nobel Peace Prize. They were expressing support for Palestinian violence; a tactic that Europeans selectively applaud. To many Israeli’s it must seem to be stating that murdering Jewish civilians, either singly or in mass-killing events, is legitimate, which given European history, is a position laden with irony; unfortunate if not historically consistent in its bias.

President Mahmoud Abbas received his doctorate by denying the Shoah and associating Zionism with Nazism. He later justified his position with reference to the ongoing state of war between the two peoples (Jews and Muslims) and “in 2013 he reasserted the veracity of the contents of his thesis.”

Let’s be clear on this issue of incitement: Someone who predicates their position vis-à-vis the other by engaging in Holocaust Denial and historical revisionism is ill-placed to demand trust from Israelis of all affiliations, Jews, or for that matter, from anyone of moral standing.

Jews also do not always practice peaceful or even a sensible inter-communal dialogue. The Irgun had a maximalist approach to Jewish land claims prior to 1948. There are many people on the radical Right who retain the conviction that the Palestinians in Judea and Samaria can be simply ‘wished away.’ Ultra-orthodox Jews who were powerless for so many centuries are now partners in political power and have ensured that their own maximalist religious demands are met, even when they violate the democratic and secular principles that govern Israel. The ultra-left has adopted a Western and frankly anti-Semitic agenda in its adoption of a post-Zionist position towards the conflict. What is anti-Semitic is that it nowhere demands the same post-national requirement of any other nation or group, anywhere; therefore the Jews of Israel are uniquely expected to renounce their equal human rights. And trust to whom, in the face of which precedent, to protect them?

The Left is an elitist amalgam of old-school egotists unable to relate to the electorate it (the Left) must attract in order to have any chance of winning back power. It is unelectable because it refuses to discuss the unique circumstances that make Israel’s local political landscape so challenging. Israel’s calamitous political soap-opera lacks a strong, credible opposition that can provide an alternative to a political Right wing which disrespects any divergent points of view.

Since 1977, Labour has governed between the years of 1984-1986, 1992-1996 and 1999-2001. That is eight years out of the previous forty years. Realistically, the longer a party controls political power the less responsive it becomes to human rights and the general good of the people it was elected to serve.   Being positively responsive to democratic principles (i.e. accountability, transparency and political tolerance) fades as the length of rule grows. Those that hold onto power for too long close their hearts as well as their minds to all but the supporters they manipulate in order to retain their control.   Tyranny begins with there being an incomplete restraint on an abusive relationship between stake-holders. It inevitably leads to enslavement because it becomes increasingly more difficult to rein in the unreasonable demands of a privileged minority. Any corrupt ideological process nurtures a culture of dependency and a sense of exclusive entitlement is central to any narrowly focused world view.

The importance of having a credible opposition is that the party in power is unlikely to make the hard decisions that are required to advance peace when it does not feel its hold on political power is under threat from its political rivals.   While our enemies re-write history and intimidate us into silence it is only as a united society that we can effectively argue for justice for us too. It becomes increasingly difficult to make peace with our external enemies when we are disunited and when internal debate is heavily circumscribed in order to mitigate an ever more acrimonious atmosphere of tribalism and exclusion.

Zionism does not preclude sharing the land. Islamism, Arabism and the Boycott movement (BDS) do.   Israel, in becoming a post-Zionist, me-centric society is unable to put together cogent arguments to combat its enemies’ segregationist, maximalist and anti-Semitic arguments.

About the Author
Maurice Solovitz is an Aussie, Israeli, British Zionist. He blogs at https://msolovitz.wixsite.com/mysite and previously at http://thebilateralist.blogspot.com/
Related Topics
Related Posts
Comments
Advertisement 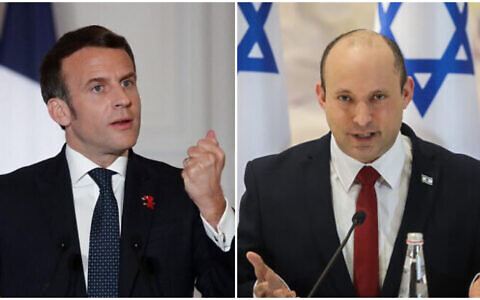 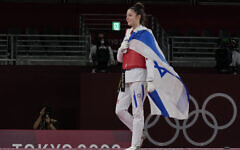 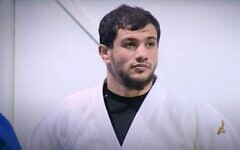 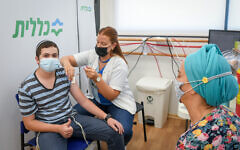