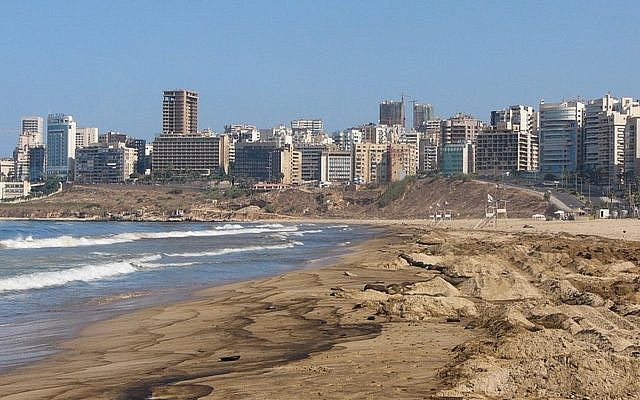 Beirut as it used to be (Photo by Csaba Moldovan from freeimages.com)

The world has long known the phenomenon of Suicide by Cop. A suicidal person deliberately behaves in a threatening manner, often waving a weapon, a toy gun or a plastic knife, with the intention of provoking a lethal response from a law enforcement officer. The term was first used in news accounts in 1981 and gained scientific recognition in 1985.

Now, in 2020, we are witnessing something new – Suicide by Hate.

Israel is one of the world’s leading experts in managing disaster situations involving mass casualties. As a matter of course, Israel sends aid to countries in need after any sort of disaster. From its extensive experience with situations resulting from natural disasters, war or terror attacks, Israel has developed extremely effective procedures for rapid and effective response. Israel is able to set up field hospitals, assist in search and rescue attempts and provide essentials such as shelter, food and water.

After the horrific explosion that levelled a large part of Beirut, Israel immediately offered humanitarian aid. Israel has several hospitals within a short ambulance ride of the border with Lebanon.

Past offers of aid to enemy countries have been turned down with accusations that Israel was just trying to improve its image. This disaster is no different. So far, there has been no response to the current offer.

The director-general of Galilee Medical Center in Nahariya, Dr. Masad Barhoum made a direct appeal to the Lebanese president, the prime minister, and Hezbollah leader Hassan Nasrallah. Dr. Barhoum, a Christian Arab, and speaking in Arabic, told anyone who would listen that his hospital, just a few kilometers from the Lebanese border was ready and waiting to treat wounded Lebanese. Unfortunately, no-one would listen to the good doctor.

There have been reports that the UN is to open a field hospital in Cyprus. It is probable that Israeli doctors will be allowed to join the international medical team. How sad that severely injured patients will have to be flown to Cyprus when they could be in an Israeli field hospital, or even a UN hospital, in just minutes to be treated by the very same medical staff.

As a further example of Lebanese paranoia, during a Sky News interview with a Lebanese member of parliament, the interviewer asked if Lebanon would accept the Israeli aid waiting just over the border.  We just managed to see the politician’s horrified expression before someone pulled the plug and the screen went blank. We can only guess at what his answer might have been.

People will die. With top quality medical facilities almost within eyesight, they will die. Some will die willingly – Suicide by Hate, but most will fall victim to Hezbollah’s refusal to let them get treatment from Israelis. Perhaps we should call this Murder by Hate.