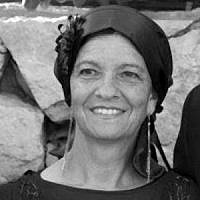 The Blogs
Chaya Golda Ovadia
Apply for a Blog
Advertisement
Please note that the posts on The Blogs are contributed by third parties. The opinions, facts and any media content in them are presented solely by the authors, and neither The Times of Israel nor its partners assume any responsibility for them. Please contact us in case of abuse. In case of abuse,
Report this post.

I am beyond myself with disappointment.

After all the unity we encompassed in the 18 days of our boys’ abduction and murder, we are once again back to condemning one another as if we are enemies.

I am as horrified as anyone to think that good Jewish boys were capable of such a despicable act of murder, the ghastly killing of Arab teen Mohammed Abu-Khder, but what happened to giving the benefit of the doubt? What about being innocent until proven guilty? The legal aid of these Jewish boys has also been brought into question. As to be expected, the media is having a field day with this whole incident.

It saddens me but mostly I feel that rather than finger-pointing we should be doing some kind of personal introspection. We should be probing our hearts and souls to discover what we can correct to possibly avoid something like this from happening in the future, both personally and nationally. If we ask ourselves what G-d wants from us, we will continue the beautiful level of harmony that we were blessed to have achieved while praying for the return of  Eyal, Gil-Ad and Naftali, our beloved holy martyrs.

Some of our own people are calling for the death penalty if, G-d forbid, the accused Jewish boys are found guilty of this heinous crime. A well-respected Rabbi was quoted as saying, “Jewish law has no mercy when it comes to a brutal murder. We will thus fulfill the precept of ‘You shall remove the evil from your midst,’ a Biblical command.”

I painfully and respectfully challenge, why create a new precedent now, for this killing?

I am all for the death penalty for terrorists and other vile murderers, but why suddenly, when it is possibly Jews, do they take this stand?

What about Shelly Dadon’s murderer? The murderers of the Fogel Family?

What about the murderers of our three boys?

What about the multitude of Arabs who spew hatred and disgust at us and then try to murder us, often successfully?

Those are the heartless slaughterers who must get the death penalty. Don’t start with our own crazed and misguided youth.

After a fair trial, if they are indeed found to be responsible beyond a reasonable doubt (and I seriously have my doubts), then yes, they deserve to be prosecuted to fullest extent of the law. The same law, which until now has been applied to the hundreds of terrorists occupying our country’s jails should be ‘good enough’ for Jewish criminals as well.

If this should be the case, I will be aghast and heartsick along with the majority of our People, but it should not stop us from doing what is right and living according to our high moral ground.  And above all, let us not allow it to shatter our already fragile internal peace. It is far too precious.

At this point, only Hashem knows the truth. May He reveal it soon along with Moshiach!