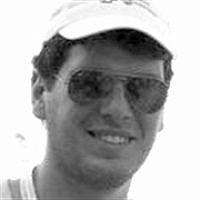 The Blogs
Max Samarov
Apply for a Blog
Advertisement
Please note that the posts on The Blogs are contributed by third parties. The opinions, facts and any media content in them are presented solely by the authors, and neither The Times of Israel nor its partners assume any responsibility for them. Please contact us in case of abuse. In case of abuse,
Report this post.

Recently, the Iranian government official Javad Karimi Qoddusi made a stunning admission: the armed wing of Hamas is not under the command of Hamas leaders Khaled Meshaal or Ismail Haniyeh. Rather, the primary military force in Gaza takes its orders directly from Iran. Countries that care about peace in the Middle East should use this statement to initiate an International Criminal Court (ICC) investigation into the ties between Iran and Hamas. If Qoddusi was telling the truth, Iran’s leaders should be prosecuted for war crimes against the people of Israel and Gaza.

There is no doubt that the armed wing of Hamas commits war crimes against Israelis and Palestinians. It indiscriminately fires thousands of rockets and mortars at civilian centers in Israel, embeds its military infrastructure in densely populated Palestinian areas, and actively encourages Palestinian civilians to remain near its military sites during times of war. All of these actions are clear violations of international law, according to the Geneva Conventions. What the ICC should investigate is whether or not Hamas carries out these crimes under direct orders from the regime in Iran.

In a perfect world Iran’s leaders would have already been brought before The Hague for questioning. But since the likelihood of a Hague trial is very slim, the greatest benefit of an ICC investigation would be political: it would put pressure on Iran’s leaders and expose Hamas as an agent of a foreign government.

The investigation would raise global awareness about Iran’s role in the crimes Hamas commits against Israeli civilians. Hamas indiscriminately strikes Israeli hospitals, schools, homes, and other civilian areas. Worse, Hamas intentionally fires its rockets early in the morning to terrorize and kill Israeli children on their way to school. This policy has resulted in numerous casualties and post-traumatic stress syndrome on a massive scale. Shedding light on these acts of terror would further encourage the international community to take action against Iran and Hamas.

The crimes against Israeli civilians have their origins in Gaza, where Hamas uses residential areas, including schools, mosques and hospitals as rocket launching sites and advises Palestinian civilians to remain near these structures when the IDF responds. If it were made clear that Iran is behind such crimes against humanity, Hamas would be branded as an Iranian puppet rather than an “indigenous resistance movement.”

Even if the ICC does not find concrete proof that Iran commands the armed forces in Gaza, the investigation alone will be worthwhile. At the very least Iran’s sponsorship of terrorism and Hamas’ crimes will finally be subjected to significant international scrutiny. Apologists will continue to find explanations and excuses, but the case against Iran and Hamas for human rights abuses will have gained greater exposure.

Iran and Hamas have hijacked the Palestinian cause and committed brutal atrocities against the people of Israel and Gaza. People who care about upholding international law and fostering peaceful coexistence should expose these horrific crimes to the world.

About the Author
Max Samarov, 25, graduated from the University of California-Santa Barbara, class of 2011, with a degree in Political Science and International Relations. Max interned at the office of Congressman Jerrold Nadler (D-NY) after graduation. He is currently a Senior Researcher at StandWithUs, a 12 year-old , non-profit, international Israel education organization.
Comments