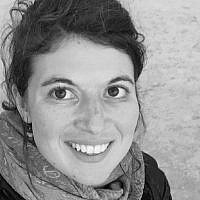 The Blogs
Yael Toren
Apply for a Blog
Advertisement
Please note that the posts on The Blogs are contributed by third parties. The opinions, facts and any media content in them are presented solely by the authors, and neither The Times of Israel nor its partners assume any responsibility for them. Please contact us in case of abuse. In case of abuse,
Report this post.

An Open Letter to Pro-Israel Activists:

What can we do with ourselves?

It is Day 22 of Operation Protective Edge and those of us outside of Israel have been following the situation with rising anxiety. We watch tensely as more Israelis are put in danger by rockets, and more soldiers are lost in Gaza. We watch with disbelief as anti-Semitism rises across Europe, to the extent that mobs have attacked Jewish stores while chanting ‘Gas the Jews.’ And, perhaps most frustrating of all, we watch mainstream media present a shamelessly one-sided point of view that is then repeated by our own friends.

“If I watch any more CNN I’m going to get an ulcer,” my mother aptly put it.  The pro-Israel community in America is teeming with frustration and pent-up energy. We have an unspoken sense that our culture and second homeland is in peril, but we feel powerless to stop it.

So what do we do with ourselves?

I do not like Facebook. In fact, I dislike it so much that the past two summers I de-activated my account completely, later re-instating it to keep in touch with events during the semester. However, since I’ve been home this summer, I’ve spent countless hours reading and sharing articles that make the case for Israel. We know we must fight the war on social media and so, armed with computers, we make our profiles outposts for the facts that regular media outlets usually ignore.

This is admittedly important work.  But we can do more.

Anti-Israel sentiment and anti-Semitism is present within our own cities and communities, and we need to respond.  Two articles recently published by the Times of Israel highlighted this point for me, pushing me to take action.

Three weeks ago in downtown Boston, eleven pro-Israel supporters were assaulted and swarmed by anti-Israel demonstrators.  https://www.timesofisrael.com/pro-israel-students-assaulted-at-boston-protest/ One week later, an even smaller group of Israel supporters was harassed at an anti-Israel ‘die in,’ where students were subjected to shouts of “Jews back to Birkenau” and “Drop dead, you Zionazi whores.” https://www.timesofisrael.com/jewish-students-extracted-from-boston-anti-israel-die-in/

When I haphazardly found out about another, much larger anti-Israel rally taking place in Boston, some friends and I decided to take action on our own.  With fewer than 48 hours before the rally, we created an event titled ‘Boston Stands Against Hamas’ on Facebook and began to publicize it.

Our rally was intended to be against Hamas and terror tactics employed from the Gaza Strip, because we believe all people should be outraged by these practices. The rally we were responding to framed itself as ‘pro-Palestinian,’ after all. In my mind, both groups could theoretically protest together against Hamas and its acts of terror against Israelis and Palestinians alike.

As you can imagine, that’s not what happened.

In less than two days, what began as a grassroots initiative spread throughout Jewish and pro-Israel circles. Last Tuesday afternoon, more than 500 anti-Hamas, pro-Israel supporters showed up outside the Boston Public Library, far surpassing the four and eleven pro-Israel students who attended the previous protests, as reported by the Times.

With the assistance of the Israel Campus Roundtable and several community members, my friends and I provided flags, megaphones, signs, and leaflets for the public.  While the other rally shouted “Intifada, Intifada,” we chanted “Free Gaza from Hamas.”

After the rally ended, I thought my involvement with organizing would end as well.  Instead, a number of people reached out expressing interest in staging another counter-rally a few days later. To mark International Day of Al-Quds, there was going to be an anti-Israel, pro-terror rally on Friday afternoon. I decided to create and publicize another pro-Israel “counter” demonstration, building on the widespread support and media attention we received from our first big effort.

On Friday, more than 300 Israel supporters came and – significantly – we outnumbered the Hamas supporters. Together, we demonstrated that we will not stand by and allow our city to host mobs going through the streets chanting about murdering Jews.

I encourage you to take action in your own city or town. We may not be able to influence what is going on in Israel or Gaza or Europe, but we bear responsibility for what occurs in our own streets. You will find that there are many people who want to do something, but they need someone to take the initiative. Keep track of local news and make sure the truth is well represented.  Organize your own anti-Hamas, pro-Israel event.

And if you have more than two days to do it, even better.

About the Author
A scientist by training and a poet by heart, Yael is currently working on her first book on the topic of chronic illness. She made Aliyah in 2015 and completed her MSc. in Neuroscience at Tel Aviv University. She now lives by shuk Hacarmel and can be found by the sea, carrying a notebook, a pen, and a thermos of tea.
Related Topics
Related Posts
Comments