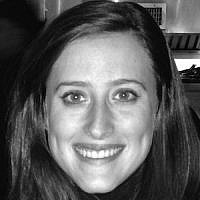 The Blogs
Leah Avner
Apply for a Blog
Advertisement
Please note that the posts on The Blogs are contributed by third parties. The opinions, facts and any media content in them are presented solely by the authors, and neither The Times of Israel nor its partners assume any responsibility for them. Please contact us in case of abuse. In case of abuse,
Report this post.

Four times a year Judaism separates the living from the dead. The sanctuary empties and the remaining standees are only those who have lost a parent in their lifetime. Prayers are said, the yizkor service, sometimes in hushed tones, sometimes the congregants say it together, and after the quick five minute homage, the non-“mourners” return from their chat break in the synagogue foyer.

The last time I got to go into the foyer I was six. Holding my mother’s hand, listening as she chatted with her friends, I waited for the older congregants to finish their moments of tribute before I could return to my synagogue seat.

My mother died of breast cancer seventeen years ago, only a few weeks after being diagnosed. When she died, I didn’t quite grasp the reality of what was happening, the idea of death was so foreign, never had someone been there one day and gone the next. In the proceeding years I kept her death a secret from those who didn’t know. In camp, if a counselor would ask, I would speak about my mother in the present tense, pretending she was still at home waiting to greet me. With boyfriends I skirted around the issue for as long as I could, changing the subject and hoping they’d never catch on. I rarely spoke of my mother’s death, it wasn’t anyone else’s business and I didn’t want to be different than the other children. I never wanted her death to define who I was; I didn’t want to be the girl whose mother was dead.

My husband and I recently moved to a university campus community allowing him to continue his graduate education, and the chagim rolled around like they always do and I didn’t think much of it. But as it came time for yizkor, and my friends and other twenty-something year olds filed out to begin their foyer chats, I stayed put.

I avoided eye contact as everyone walked by me. I leafed through the pages of my siddur, pretending I didn’t realize that it was time to recite yizkor, pretending I was going to join the leaving procession at the end of the line.

And, as I continued looking down, my eyes began to swell and my tears began to form. This time I had no bubbies to hide between, the sprinkling of those of us who remained in the large sanctuary could be counted on one hand.

Never before had I felt so singled out.

But, that was the point.

Yizkor doesn’t call for a separation for the benefit of those who don’t qualify. It’s for those who do.

The few minutes we’re allotted gives us the time to absorb the emptiness around us and join one with our thoughts, and our memories. And though my everyday life may be fast paced, my yizkor recitation is not.

No longer able to hide in the corner of the sanctuary, I’ve been forced to become more comfortable with my circumstances. Before I felt like yizkor labeled me, this year I feel it empowers me. I’ve grown to understand the importance of its need for segregation and most importantly, I’ve learned to cherish the few minutes alone yizkor grants.

As we approach the new year, and the yizkor services that come with it, I don’t feel that dread and apprehension I did in years past. And this year, as my friends empty out, I’ll grab for my tissue.

Four times a year I stand with men and women twice and thrice my age and together we pay tribute to our deceased.

About the Author
Leah Avner is a graduate of Yeshiva University and uses her religious upbringing to reflect on Jewish customs and culture.
Related Topics
Related Posts
Leah Avner
Comments