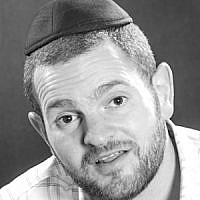 The Blogs
Eliav Frei
Apply for a Blog
Advertisement
Please note that the posts on The Blogs are contributed by third parties. The opinions, facts and any media content in them are presented solely by the authors, and neither The Times of Israel nor its partners assume any responsibility for them. Please contact us in case of abuse. In case of abuse,
Report this post. 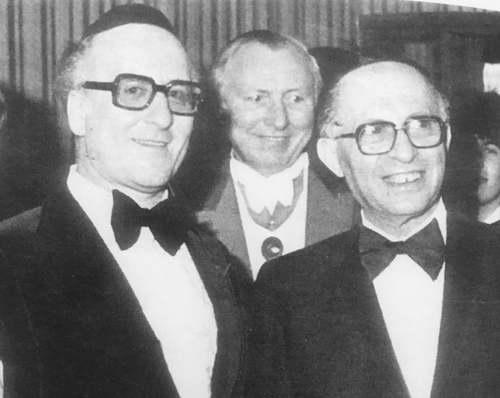 This past Monday, I arrived in London on an overnight flight from NY to say goodbye to my dear grandfather, business mentor, role model and best friend, Eric Graus. As I walked into his hospital room, his pure neshama had just departed as I hurried in for one last embrace.

Being his oldest grandchild, I was privileged to have a young, spirited, passionate, vibrant, fun, entertaining grandfather who was a highly skilled magician and would often take me to his club of professional magicians for shows; he would take me fishing, swimming and all the fun stuff, kids love to do.

As I grew older and matured, I began to learn about his greatness and how since the early 70s, he had been staunchly advocating and demonstrating for the helpless Soviet Jews whose only crime was to long for their return to the Jewish homeland. 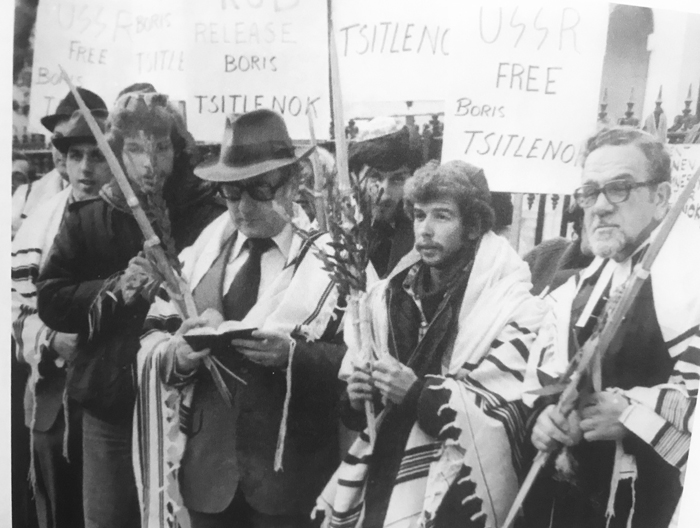 He was the founder and Leader of Likud-Herut UK. Grandpa’s parents had escaped Hitler’s advances and moved to London just before the War, but from a young age he dreamt and yearned for a return of all Jews to their homeland. He was part of the underground movement Lechi, and later, was very involved with the beginning of Gush Emunim. He was close friends with Menachem Begin, Yitzchak Shamir and other heroic leaders of the early State. Grandpa spent his whole life arranging high – powered meetings and spent hours with Begin, Shamir and other Israeli leaders debating on how they could help and defend the State. I remember him spending countless hours every week in his office with various activists discussing every which way they could help and strengthen the holy Mitnachalim of Yehuda and Shomron and to ensure that the political left would not give up even an inch of the Holy Land. A large amount of his activities were confidential and secretive. He wasn’t a politician and was not looking for any credit for his hard work. My heroic grandpa couldn’t sleep when Soviet Jews were on trial or the security of Israel was threatened or when Jews were wrongly accused of “occupation” in their biblical homeland. He wasn’t afraid to tell the BBC on prime time news to stop their biased, disproportionate hatred toward Israel.

Grandpa couldn’t sleep knowing that Ron Arad, Zecharya Baumel, Zvi Feldman and Yehuda Katz were missing, so he arranged demonstrations and created much noise through the media.

I didn’t understand Grandpa’s relentless passion for Eretz Yisroel and Am Yisrael until I was older and became familiar with the world of Rav Avraham Yitzchak HaCohen Kook zt”l. 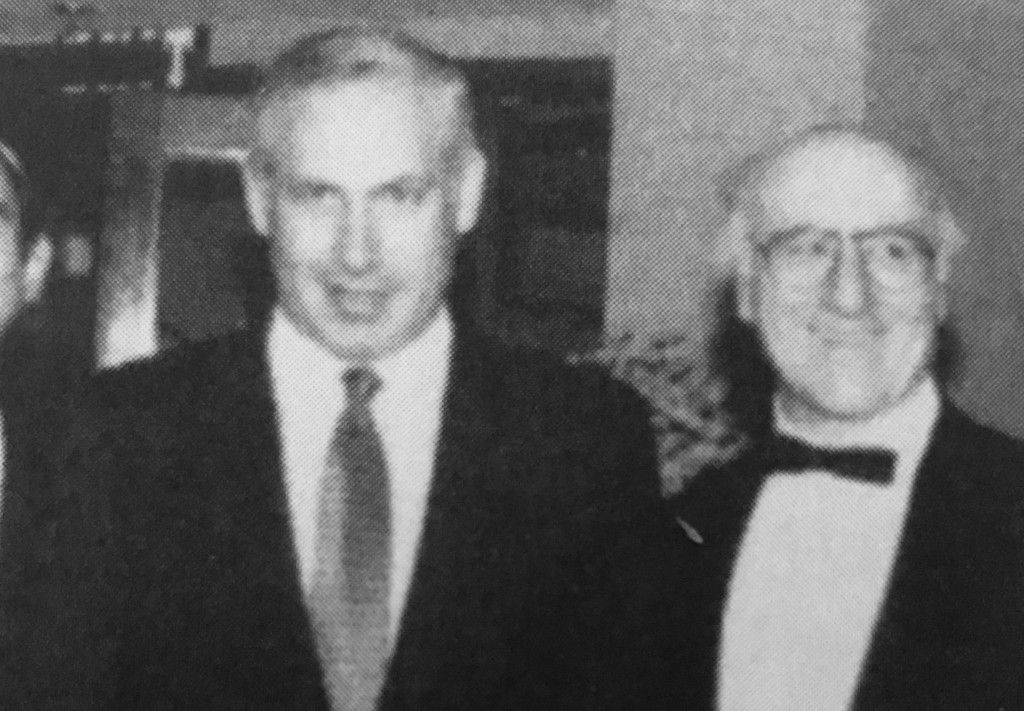 As Benjamin Netanyahu wrote this week so eloquently:

“Never did we have a better friend, never did Israel and the national cause find a more impassioned champion. We shall always remember the many kindnesses he showed us- his good heart, his knowing glance, his indefatigable commitment to Zionism.”

Grandpa was instrumental in getting the first copy of “A Tzadik in Our Time” to press; a book about the tzadik Reb Aryeh Levin zt”l and his life of selflessness. Grandpa was obsessed with the Tzadik’s abundant love for Am Yisrael.

I was privileged this past Tuesday to fly Grandpa home to the land he has been yearning, dreaming and fighting for. After 91 years as a religious G-d- fearing Jew filled with great love for Am Yisroel I should have been celebrating and dancing for my grandpa, but I was incredibly heartbroken. I’m going to miss him so much, not his greatness but his soft, gentle, caring, loving, nurturing character. Before he helped and encouraged me to start up on my own in NY, I was privileged to work with him in London for 7 years and to learn from someone who wasn’t just incredibly honest but who wanted everyone he dealt with to win; he simply cared for people, with great generosity and profundity.

I went with him to visit his elderly mother every day in her last few years until she died at the age of 101. The way he cared for his mother cannot be described with mere words.

I spoke on the phone with him a few times a week and I’m going to miss talking to someone who loved and cared so sincerely and abundantly.

What a tremendous privilege of a lifetime to take my dear Grandpa home for kevurah in the very land that he spent a lifetime defending and sacrificing for. 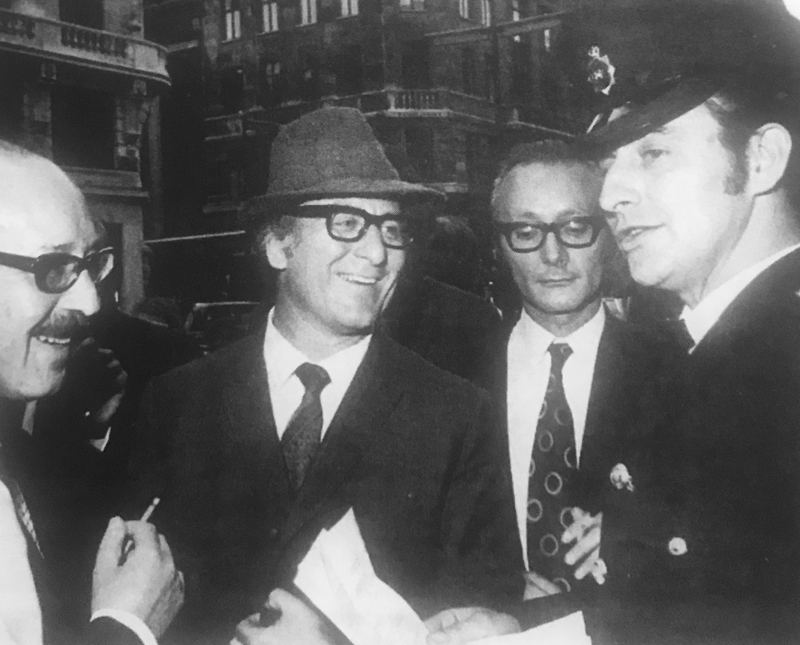 About the Author
Eliav Frei is a pondering Jew. Born in London, England, he currently resides in Woodmere, NY, with his wife and 5 children.
Related Topics
Related Posts
Eliav Frei
Comments