You have all probably seen this game. You take your index finger and hold it up on the right side of your nose.

Then others follow; the last one to do this silly action is left with whatever task is at hand.

Thinking back to college when I lived with a group of 19-year-old young men in a suite, this game was used a lot. Who was going to take out the garbage? Index fingers up.

Who was going to clean the dishes?

As you can imagine, the sink was often more than full with dirty dishes.

Underneath all this is the reality that people do not often want to take responsibility. They pass the buck onto others.

That can be true on the more mundane “dishes” level or when stakes are much higher. Often, people prefer to abdicate their moral responsibility for even their own actions, let alone someone else’s dirty bowl. While we can smile imagining dealing with apartment dynamics, we all know that this can get much more serious. Do we take responsibility when we should?

Last week, we learned of another tragic school shooting. Four teens were killed; seven others were injured. While our hearts go out to the families and friends, our country seems unable to do anything to help save people’s lives.

And of course, most people who are killed by guns are killed in ways that garner fewer headlines. 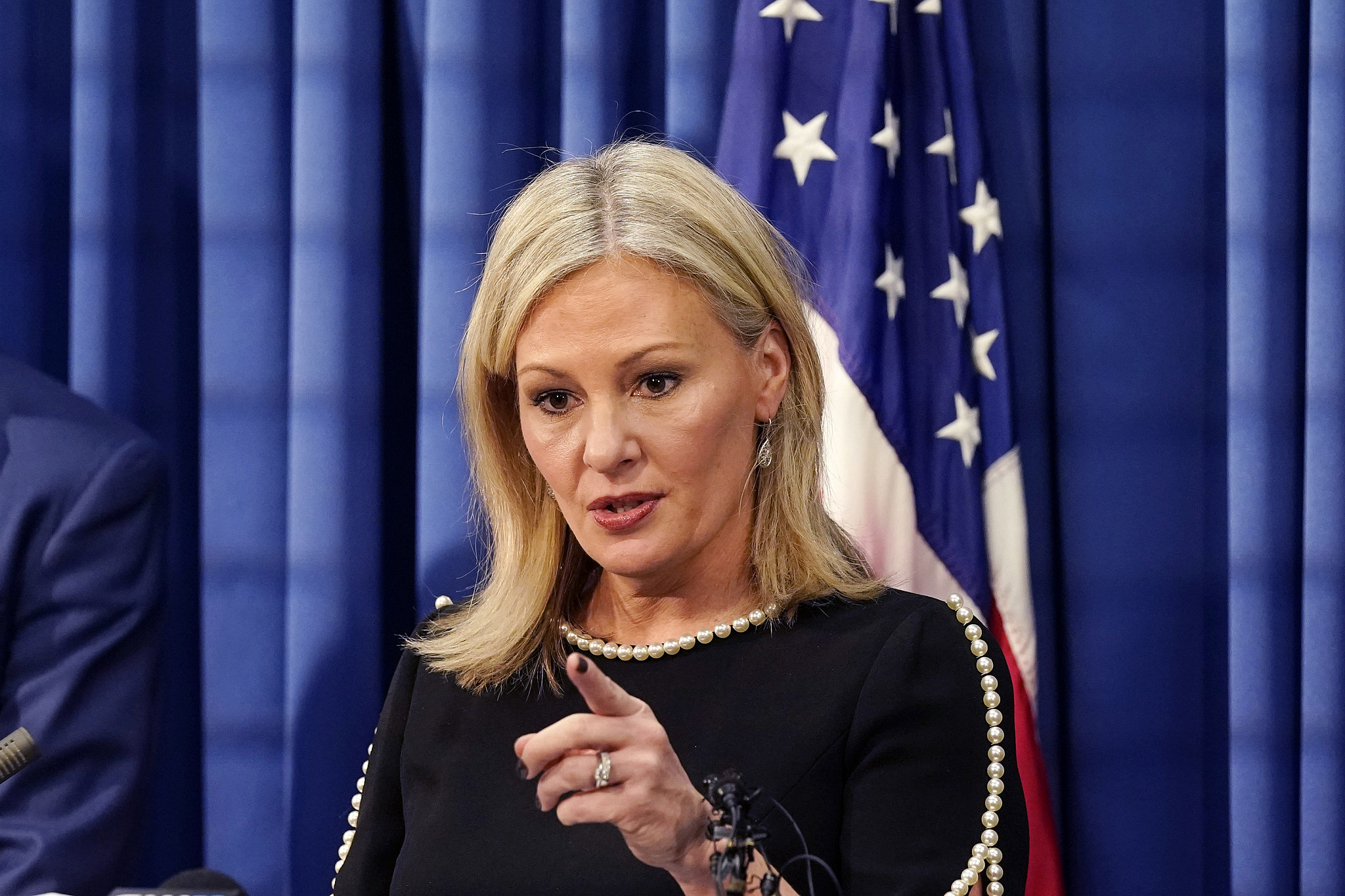 But this time, prosecutors are trying something new. They are holding not just the teen shooter responsible for this devastating crime, but his parents as well. No parent has ever been convicted of a homicide offense in connection with their child’s mass shooting; this would break new ground.

In this instance, the prosecutor is charging the parents with gross negligence for purchasing the gun for their son, perfecting his ability to use it, joking with him about buying ammunition, and ignoring the clear warning signs of the threat their son posed.

I hope that this new legal strategy makes people more responsible with their firearms, preventing loss of life. But it is a clear reminder that we are responsible not just for ourselves and our actions, but often for others as well.

This morning’s Torah reading portrays a truly great moment of leadership, of taking responsibility. Last week’s parashah ends with Joseph (still pretending to be only the Viceroy of Egypt, not telling his brothers that he is Joseph) informing the brothers that since only Benjamin has stolen that goblet (which we know was planted in his bag,) the brothers are free to go home and only Benjamin must remain behind to account for his actions. 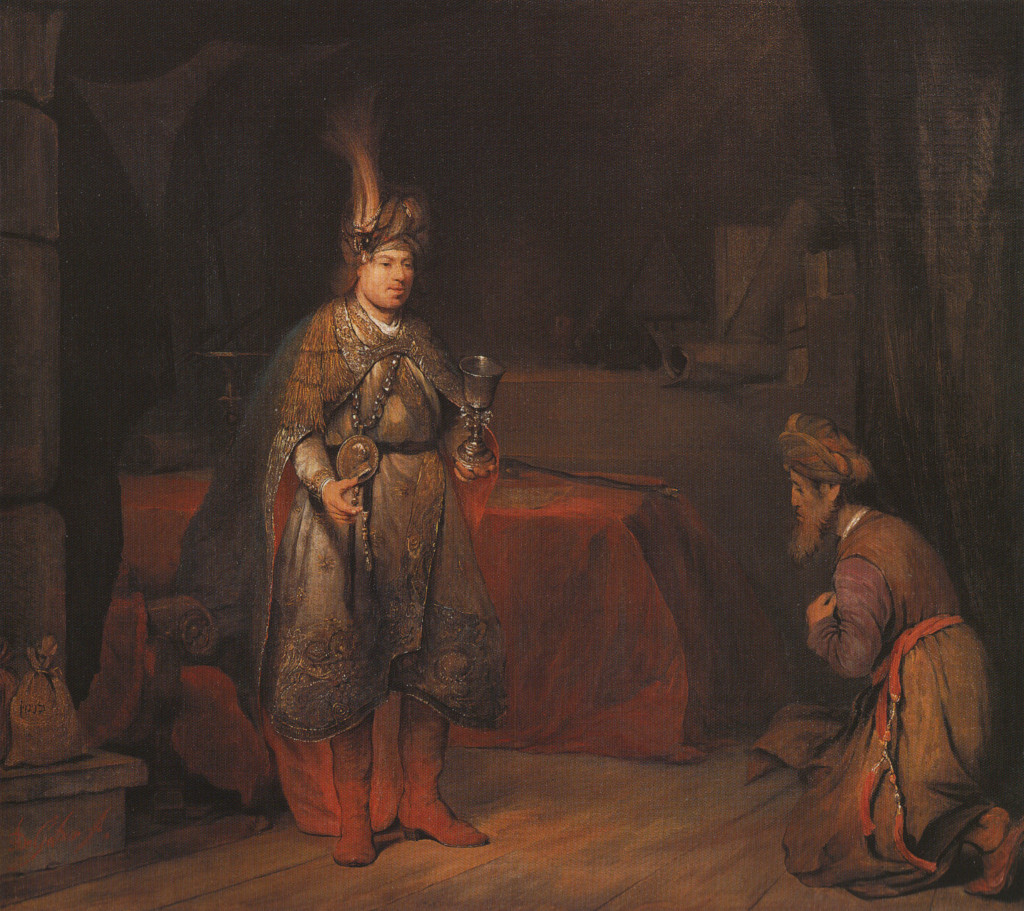 Then Judah approaches Joseph. In the longest soliloquy in the Torah, he emotionally narrates what has happened including the fact that if Benjamin does not return with the brothers, their father Jacob will be so devastated that he will die.

Next he takes responsibility: he asks to take Benjamin’s place; he asks to be Joseph’s slave. Joseph is so moved by his speech, by his taking responsibility for his brother Benjamin, who, like Joseph, was the son of Jacob’s beloved wife Rachel, that Joseph reveals himself to his brothers in the most moving moment of reconciliation that the Torah recounts. 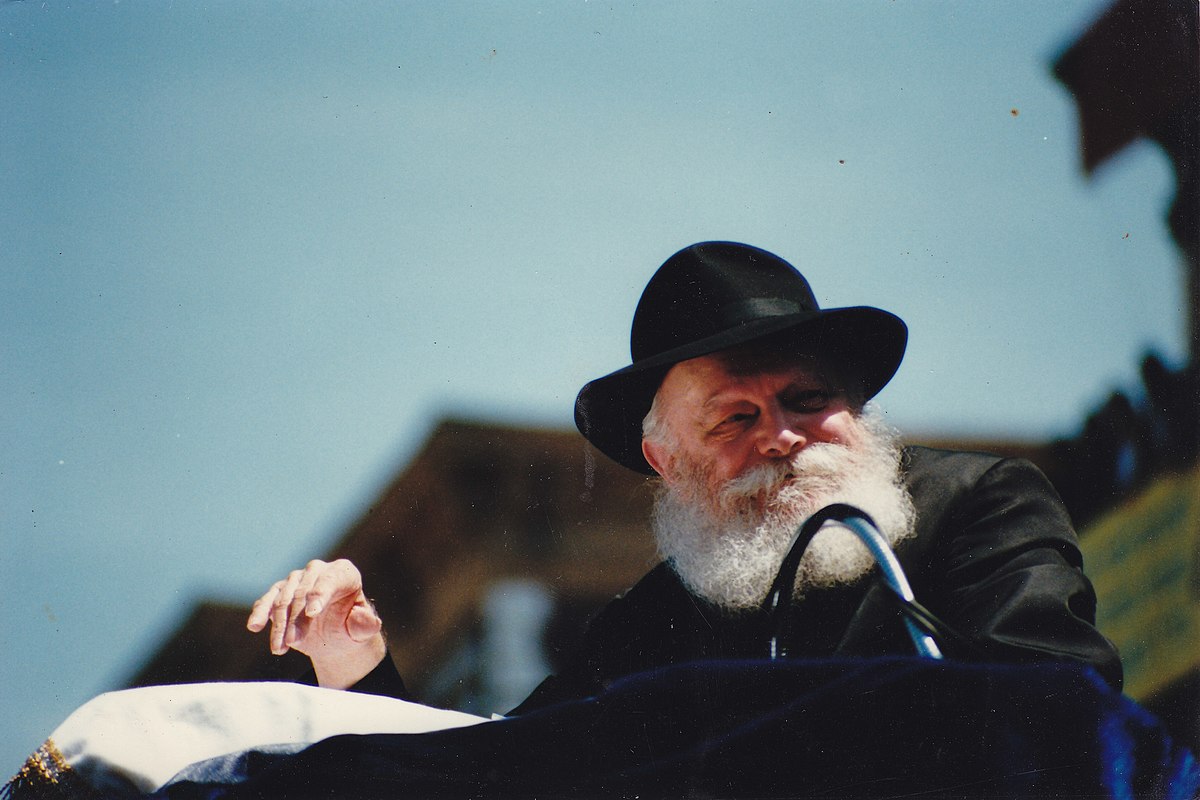 Menachem Mendel Schneerson, the Lubavitcher Rebbe at Lag Ba’Omer Parade in Brooklyn, NY (photo taken by Mordecai Baron on May 17, 1987 via Wikimedia Commons; CC BY 3.0)

Commenting on this narrative Rabbi Menahem Mendel Schneerson, teaches that this is the first time we learn in the Torah of taking responsibility for another person. He relates it to the Jewish tradition of kol Yisrael areivin zeh bazeh – that Jews are responsible for each other.

And I would add that it’s not just Jews; people in general must take greater responsibility for each other if we are going to build a safer, more moral society.

The Hebrew word for responsibility in this quotation is “‘aReV” from the root: ayin, raish, vet, which can mean sweetness – there is a sweetness to being part of a people, a group, or a family which supports each other with kindness and love.

But this root ‘aReV also has another connotation. It is a mixture. We learned that to be responsible for one another is to be mixed with each other.

In Judaism, there is a great power to being mixed with others – ten adults coming together form a minyan, a religious quorum to recite certain prayers like the kaddish. If you are mixed with others, you are intertwined with them, caring about them deeply.

Judah sees himself intertwined in Benjamin’s life most intensely. Listen to the words that Judah tells his father when he is convincing him to let the brothers bring Benjamin down to Egypt. He says: “I will be surety for him, you may hold me responsible: if I do not bring him back to you and set him before, I shall stand guilty before you forever.” (Gen 43:9)

Judah declares his responsibility is so strong that he would be guilty forever. And he uses the same Hebrew root: ‘a-ReV – Anokhi eh-’er-venu – I will be the surety, I will be the guarantor for him, my life is intertwined in his.

That is what taking responsibility is all about – it’s about standing up and saying my actions do not impact only me, but they impact others as well.

Something we have surely learned over the two years of this pandemic. 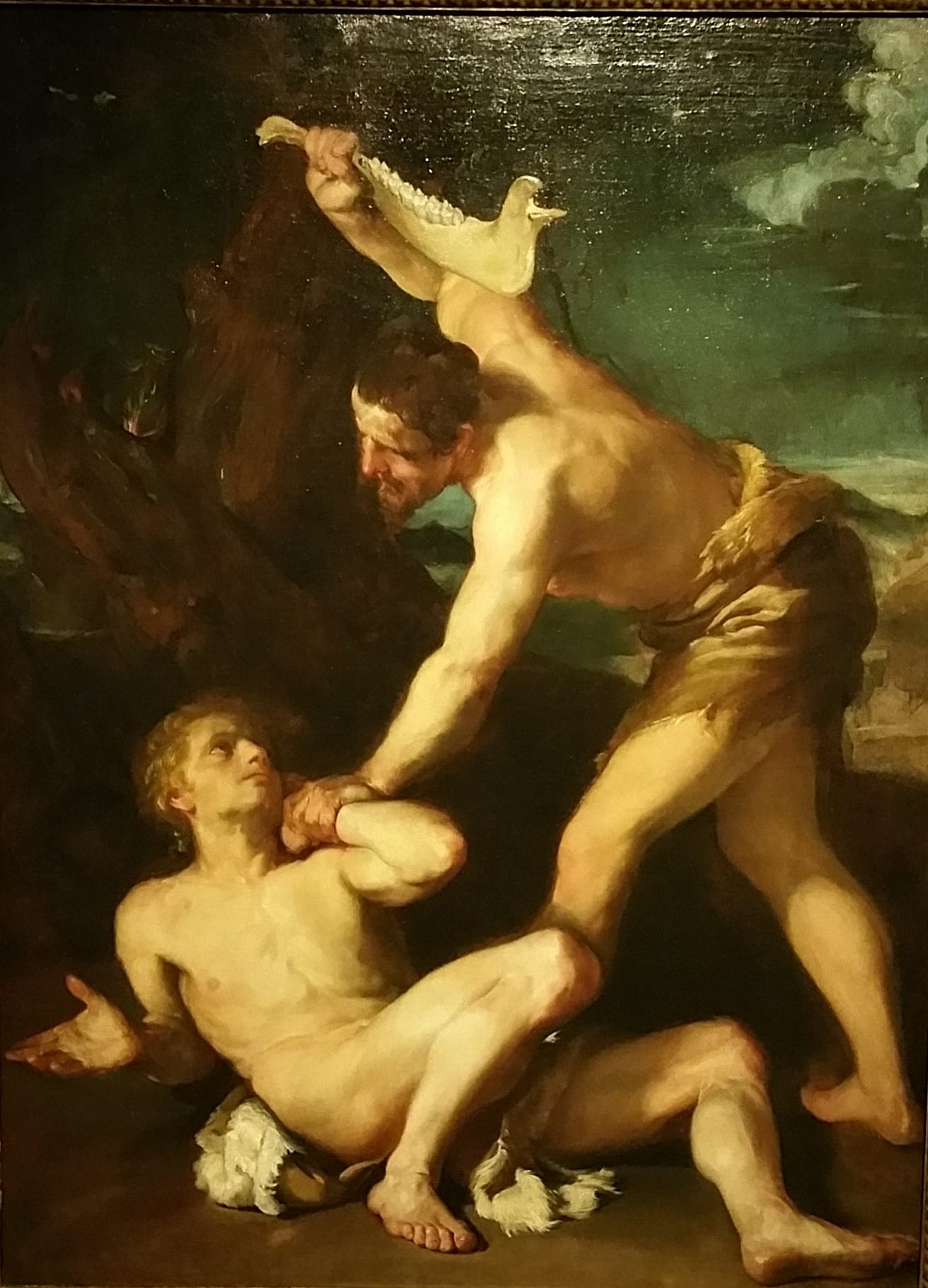 Cain killing Abel (ca. 1620s) by Francesco Maffei as seen at the Honolulu Museum of Art, formerly the Honolulu Academy of Arts (Image taken on July 23, 2016 by Kaleomokuokanalu Chock via Flickr; CC BY-NC-SA 2.0)

The Book of Genesis teaches us what it means to be responsible and it does so in the context of siblings. Genesis opens with the narrative of two brothers – Cain and Abel: they fight and after they fight and Cain kills Abel, God asks him where is Abel your brother?

Cain replies: “Hashomer ahi anokhi – am I my brother’s keeper?” (Gen 4:9) After killing his brother, not only does he not take responsibility for that crime, but he states that he is not responsible, connected, or intertwined with his brother at all.

Now, the Torah in the book of Genesis has come full circle, as the text returns to brothers. But now, it is different. Judah understands that brothers are ‘aReV or areivin, mixed up, intertwined with each other.

When we make a decision about almost any issue from vaccination to composting from solar panels to selling guns, we realize that we are all in this together. Judaism has known this for years – preaching a collective philosophy whereby we are taught that the community is responsible for everyone. This Communitarianism teaches that we all take on responsibility for each other.

In the case of the Michigan school shooting, taking responsibility for buying an unstable child – or any child – a semi-automatic gun.

Dare I go further and say that by not insisting on gun safety regulations and background checks and licensing – just as we do for driving – Congress is complicit in the many dangerous uses to which guns can be put.

Following the example of Judah, it’s time for us as a society to take more responsibility for one another.