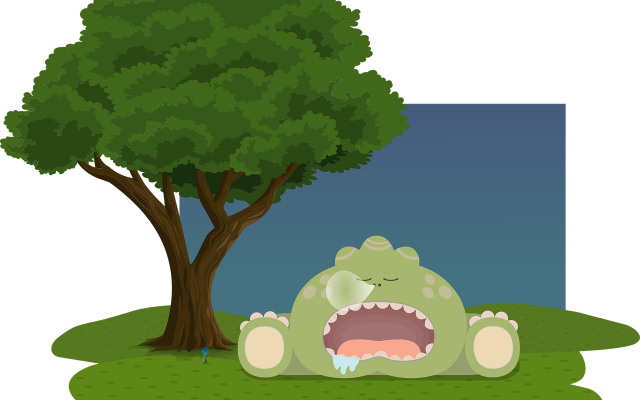 Image by OpenClipart-Vectors from Pixabay

In the dizzying birl and buzz of the age of the internet, nobody can be blamed for not being entirely au fait with the latest online slang.

Just as most people tend to greet Trotskyist porch trampers and Maoist televangelists with the same glazed-over look we normally reserve for their fellow Kool-Aid cultists, the Scientologists, it’s also safe to say most people aren’t familiar with the various intricacies of fashionable social media jargon!

However, it’s always useful to understand what is going on online.

And the word ‘Tankie’ is a very useful term to understand, not least for Jews and for all friends of Israel, regardless of their heritage.

It’s also quite an interesting term, because under the white heat of cybernetic frivolity and fury, the original offline usage of the term seems to have burst into a much broader sense of the word, which nonetheless contains some coherence.

I could have provided a detailed rogue’s gallery here, of course.

But on this occasion, I’m going to let you have fun having a happy hunt elsewhere online yourself to try and catch some of these highly underrated and unrecognised, towering intellectual heavyweights!

Well unless, of course, I decide to throw 2 or 3 funny ones at the end…

But either way, let’s have a look at why Tankies don’t matter, and yet in a way, they really do!

(Did that sound confusing? That’s right, it’s all about the ‘dialectic!’ The endless rub and grind of opposites! REEEEEE!) 😛 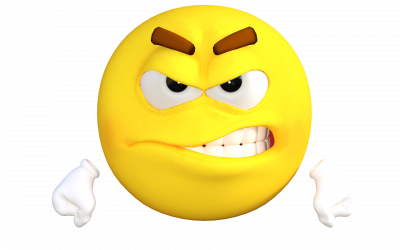 Image by Ichigo121212 from Pixabay

Progress, or at Least ‘Development…’

OK so first of all, as already mentioned, the meaning of the term ‘Tankie’ has actually shifted over time.

It originally related to Marxist Fundamentalists: doctrinaire Stalinists who defended the decision Moscow made in 1956 to send their tanks into Hungary, in order to ‘restore order,’ rather as they did a little later in the Prague Spring of 1968.

It was events like these that offered a clear litmus test of moral consistency: the Tankies were found wanting, while the New Left, however misguided they were in certain regards, at least tried to condemn the thuggery of the Red Fascist regime, while also striving to remain aware of some challenging problems at home.

Nowadays, however, the term ‘Tankie’ is used for a general ‘woke’ or superficial, virtue-signalling kind of ‘progressive’ politics and rhetoric, where any level of brutality in Pyongyang, Tehran or Peking is taken to be less of a morally substantive consideration than the fact such governments are against the UK, the USA, the EU, Israel, or any other supposedly ‘root of all evil’ kind of country.

Given this shift in meaning, the term ‘Tankie’ doesn’t just mean people with an unhealthy nostalgia for the Golden Age of the USSR.

They could also have an unhealthy nostalgia, or unhealthy present-centrism, or unhealthy future-craving, for any other kind of authoritarian and downright totalitarian regime: such as North Korea, Myanmar, Iran.

Or for Hamas, the IRA, and other similar crybully terrorist gangs who bomb buses and crowded marketplace, and shoot up or stab unarmed civilian children with a violence as arbitrary and indiscriminate as it is thoroughly repugnant. 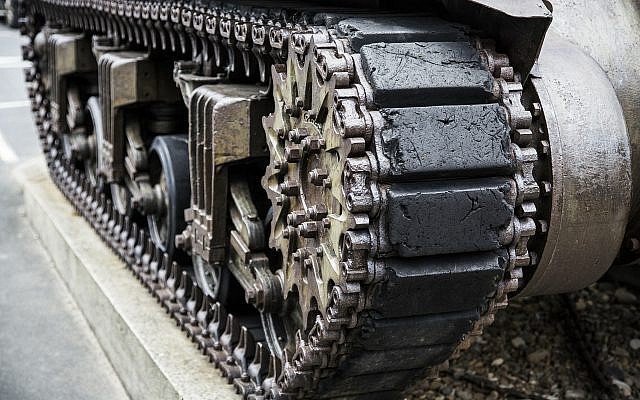 Image by Ichigo121212 from Pixabay

Basements of the World Unite!

The formidably ferocious Tankies you often meet online are not always actual Tankies.

Some of them are just Poe’s law parody accounts that are either there for the amusement of bored teenagers (although some of them do cross lines that shouldn’t be crossed), or else are there in order to discredit the Tankies themselves.

Not so much Bernie Bros as Basement bros, if you will! 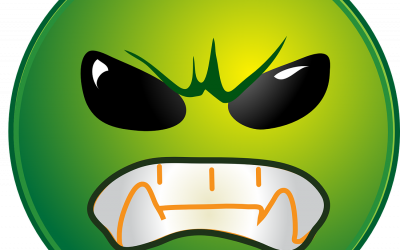 Image by Clker-Free-Vector-Images from Pixabay

Is it Just Me or is it Getting Crazier Out There?

Aside from these two kinds of Poe’s law accounts, there are also fake accounts from various  countries in the world today that are there not in order to convince people of a particular view of history, but simply to cause chaos!

Anyone above the level of the Faroe Island or Iceland seems to have ’em.

Still, look on the bright side: at least Lil Kim ain’t gonna be starting this nonsense any time soon! 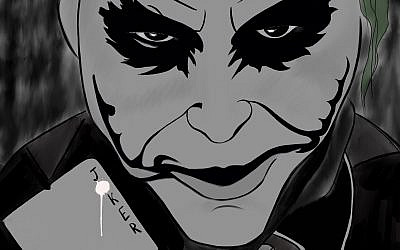 Image by Elena Abramova from Pixabay

Arguing with Tankies is like arguing with Holocaust deniers (in some cases, of course, the term can overlap; depending on how shameless their antisemitism and antizionism is).

The one thing it is never founded upon, however, is a healthy synthesis of good faith and moral and logical consistency.

This means that at least 99% of the time, if not always, reasoning with Tankies is utterly futile.

So even if they’re not fake accounts you’re debating (every country above the level of Andorra and the Faroe Islands seems to be throwing a few out there!), Tankies are either wilfully ignorant and closed to new thinking, or else deliberately insincere.

If you’ve spoken with someone and suspect bad faith, just move on.

With a bit of practice, and a bit of intuition, you can learn to discern who is a genuinely misguided person, and who is just there to stir up trouble.

Obviously, you can never know for absolute certain, but either way, try not to make yourself ill or waste any precious time or energy you don’t need to use up on frivolous debates.

And sometimes, even if these morons are sincere, there’s no point rolling around in the muck.

Some people may simply try a middle ground, if they have the patience for it, and make one or two polite reponses; beyond that, it’s very much a case of ‘Three Strikes and Yer Out!’ 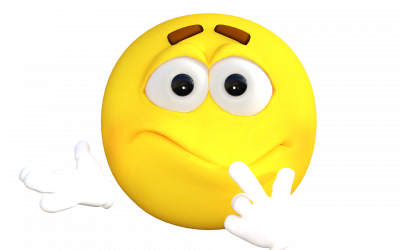 Image by Pete Linforth from Pixabay

This is not an exhaustive list, and probably deserves a lot more categories, and a lot more discussions than I can give right here and right now.

Don’t forget of course that these are not really ‘types of Tankies,’ so much as dominant behaviour types, which are not necessarily mutually exclusive at all, In fact, they often go together!

Off to an especially bad start here.

These people sound utterly hideous, and are driven by an especially dark and dismal form of antisemitism.

Of course, it would be utterly incorrect to assume that because someone identifies as ‘left wing,’ that they are going to be hostile to all aspects of ‘far right’ ideology.

STALIN DID NOTHING WRONG!

THEY NEVER EVEN GAVE RUSSIA A CHANCE!

WHAT ABOUT ALL THE PEOPLE AMERICA KILLED!

You can give them all the arguments: like free healthcare is a good thing, but being killed so you can no longer benefit from free healthcare, is not so good.

But in most cases, again, they’re not going to be too impressed by your refusal to bow to their superior intelligence and virtue.

Opium of the Jihadists

What’s all this we hear about religion being the opium of the people?

Ironically, guess who one of the biggest killers of Marxists (as distinguished from Marxist killers!) in 20th century Iran was?

Ya see! I told y’all history was important! #eyeroll

You don’t have to be a Marxist to win the approval of Tankies.

After all, they’re a bit more ‘tolerant’ and ‘inclusive’ towards other kinds of totalitarian regimes than they used to be, before the age of the internet!

After all, what was it Mussolini said?

Well, I’m sure L Ron Hubbard and Stalin would agree!

Beware of jumping to conclusions.

Not everyone you see with suspiciously Tankie-sounding views is actually a Tankie.

Some may be otherwise morally sound and perceptive people with blind spots, rather than ironclad and dogmatic ideologues.

For example, some high school student who uncritically repeats this dumb thing they just heard the other day from a parent or grandparent is not necessarily wholly given over to Tankieism.

Be kind, because not everyone has had the same opportunities in life.

If possible, try not to write everyone off without giving them a chance. 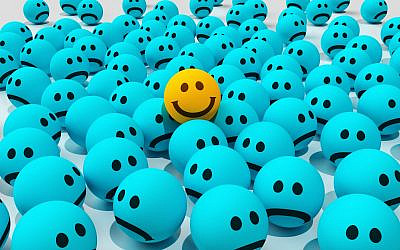 Image by Pete Linforth from Pixabay

Oh and uber-finally, just for winces…

At least the people who are spreading US government disinfo about the Uyghurs and China's Xinjiang region are now admitting openly that they are siding with Western imperialists https://t.co/PqN6zHF1Uj

POL POT DID NOTHING WRONG!

The US regime is desperate to hinder China’s economic growth that they are willing to provoke nuclear tension https://t.co/FVRmFhX4B8

Eugenics 2.0 will be a brave new world that few are prepare for. Chinese have been the most serious thus far.

So, did you guess which ones the real Tankies were?

Hamas is not a terrorist organization and Palestinians are not terrorists.

It is a resistance movement that defends the Palestinian homeland against an occupying power.

The world stands in solidarity with the people of Palestine against their oppressors.

Perhaps unsurprisingly, next story on TOI will be about ‘Jez Jinping.’ Buckle up!