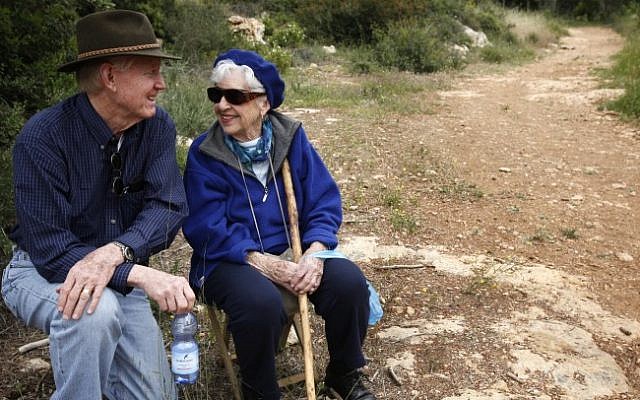 Israeli visionary Shimon Peres was a prime example of how senior citizens can contribute to society. His comic video showing his return to the workforce after retiring as president contains an important message for all of us. So does the world’s oldest male, an Israeli survivor of Auschwitz, Yisrael Kristal who was born in southern Poland. After being recognized as the world’s oldest male (succeeding another Holocaust survivor from southern Poland), one of Mr Kristal’s statements was that we must continue working. He recently celebrated his bar mitzva at the age of 113, since he had not had the chance 100 years ago.

That many Jews remain active in their senior years is a fairly well-known phenomena. Also, respect for age has always been embedded in Jewish tradition. The most respected leading rabbis are often in their nineties and a few are centenarians. Also, they continue to study and teach, as they have done their entire life.

Culture in many Western countries, particularly in Western Europe, equates youth with progress and the future. The emphasis on youth is particularly ludicrous when one considers that nearly all of these societies are ageing.

Longevity will soon be world’s most important trend

One of the most important social phenomena of the 21st century is longevity. People are living much longer, are more active and are healthier. Those who live to a healthy and happy old age tell us to remain active. This is in juxtaposition to the situation in Western Europe just a few years ago, when masses of qualified people went into ‘preretirement’ at the age of 60, or even 55.

We do not need futurologists or longevity advocates to explain to us that people who have often done little but work before retirement will not be fascinated by the prospect of twiddling their thumbs on subsistence level pensions for the remaining decades of their lives. Nor would the prospect of enjoying a last meal at McDonald’s before checking into the euthanasia clinic appeal to most people.

While Israel hopes for increased aliyah from Western countries, the authorities are still largely ignoring millions of older Jews who are active and have a wealth of experience. Programs such as Birthright Israel have already brought more than half a million young Jews on trips to Israel. Sadly, resources to promote aliyah are geared to attracting those in their twenties or thirties, ignoring nearly everyone else. These exclusive policies appeal to young professionals who often have their own resources.

The only problem with large-scale immigration is that since so many Israeli citizens lack housing there are too few apartments for new olim. Fortunately, the Israeli Ministry of Construction and Housing hopes that some 200,000 housing units will have been approved in the two-year period ending in 2016.

The Jewish state has the opportunity to attract hundreds of thousands of olim from developed countries. Programs such as Birthright Israel and Nefesh B’Nefesh should start offering free trips to Israel for Jews who have reached, or will soon reach, retirement age – those between 55 and 120.

Attracting large communities of senior immigrants would place Israel at the forefront of many of the most important trends of the 21st century. The Israeli historian and futoroligist Professor Yuval Noah Harari describes how living longer and healthier lives will soon be the greatest concern of an ageing population.

Most people from the age of 26 on are interested in remaining youthful in mind and body for as long as possible. Israel is a leader in medicine and technology, while many of the world’s most important scientists and doctors, including those in the field of longevity are Jewish. Israel could soon be a worldwide center of longevity and dignity. Its senior citizens would develop breakthrough technologies, helping people to live in dignity at an advanced age.

Needless to say, Israel could also serve as an international health hub for tourists in need of medical treatment.