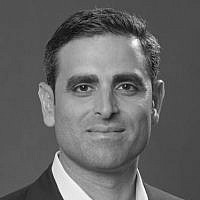 The Blogs
Tal Keinan
Apply for a Blog
Please note that the posts on The Blogs are contributed by third parties. The opinions, facts and any media content in them are presented solely by the authors, and neither The Times of Israel nor its partners assume any responsibility for them. Please contact us in case of abuse. In case of abuse,
Report this post.

New York Times columnist Tom Friedman opened an article last week with the question “What’s your favorite country, other than your own?”

His answer, Taiwan, is inspired by the notion that human talent is a far more valuable resource than mineral wealth. The Taiwanese have thrived on “talent, energy and intelligence,” while natural resource-rich countries like “Qatar, Kazakhstan, Saudi Arabia, Kuwait, Oman, Algeria, Bahrain and Iran,” have languished, in economic terms. The measurement standard that Friedman relies on most heavily is high-school test scores. He cites the OECD PISA exam and a study (PDF) that finds “a significant negative relationship between the money countries extract from national resources and the knowledge and skills of their high school population.”

As an Israeli, I found the article disconcerting. Weren’t we supposed to be the best example of ingenuity and industriousness winning out over oil and gold? We — not Taiwan — are the “Start-Up Nation.” To be fair, Friedman does mention Israel in the article: “Moses arduously led the Jews for 40 years through the desert — just to bring them to the only country in the Middle East that had no oil… Today, Israel has one of the most innovative economies, and its population enjoys a standard of living most of the oil-rich countries in the region are not able to offer.” But we are not among the countries the article cites for educational excellence, like Singapore, Finland, South Korea and Hong Kong. And Friedman is right: We are not scoring with these countries at the top of global rankings. In fact, we are right at the average, together with countries like Turkey, Ukraine and Cyprus — decidedly below Armenia, Greece and Malta.

I am concerned about what I see as a widening gap between the dynamic, innovative Israel of today and an Israel of tomorrow that has lost its edge – not just economically, but in many other ways that matter. Israel may boast NASDAQ listings in a league with China, South Korea and Singapore today, but this is a product of yesterday’s education system. Israeli test scores have been going down. Perhaps more importantly, global educational standards, which were once far less competitive, are going up. The game is changing fast, and we are standing in place. I am not sure most of us even realize how quickly our competitive environment is evolving.

Why is this happening?

For centuries, the Jewish people have stood at the very top of world achievement across many fields, a position often attributed to an uncompromising emphasis on education. I believe that a major factor in Jewish achievement, and education, has been our ability to remain worldly in our thinking. Barred from land-ownership, we were forced to wander and disperse geographically. The wider world was not a strange place to us. We became a uniquely sophisticated people, plugged in to world events, and sensitive to developing trends. We were acutely aware of evolving standards, and understood exactly where the cutting edge was in finance, economics, technology, medicine, culture and more. We understood what it took to survive, to thrive, and to be the best — globally.

Today, geographical dispersion is no longer unique to the Jews. It is also no longer key to developing and maintaining an acute global awareness. Being plugged in conceptually today can often be achieved by plugging in literally. But Israel is one of the most networked countries in the world. So why aren’t we living up to our legacy, at least inasmuch as test scores can indicate? Somehow, in Israel, we have allowed ourselves to become insular. We have allowed the wider world to become a strange place.

My kids have begun studying with the aid of a website called Khan Academy. I highly recommend it to any parent or ambitious student. Sal (Salman) Khan began offering elementary-through-high-school lessons on YouTube, with internet-based practice exercises in parallel, about seven years ago. As of my most-recent login, on March 14, 129,999,606 lessons had been delivered to students around the world, across all high-school subjects, all for free.

The biggest idea behind the Khan Academy is this: Study after study indicates that the number-one determinant of student success is teacher quality. Not classroom size. Not school resources. Not parents’ socio-economic status. Teacher quality. Excellent teachers with classes of 40 students achieve better results than average teachers with classes of 20 students. Khan is truly an outstanding teacher. Watch any of his lessons, on any subject, and you will see this immediately. His unique qualities were also on display during a recent 60 Minutes interview. 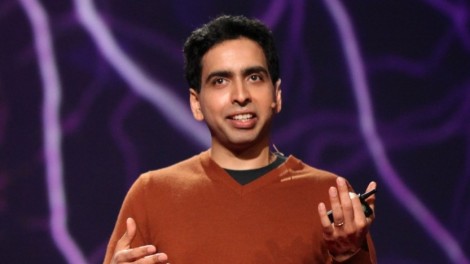 Technology, global connectivity, and a few clever tricks devised by the Khan Academy have allowed this outstanding teacher to reach millions of students. The organization’s mission is “A free world-class education for anyone anywhere,” and I believe we may be witnessing a quantum leap, if not a revolution, in education. (The tally of lessons delivered has jumped to 130,004,786 in the two or three minutes it has taken me to explain the idea.) I don’t know what role the Khan Academy might ultimately play in my own daughters’ education. For the time being, I am thankful that they have access to such a powerful resource, and such an outstanding teacher.

I have been thinking about the Khan Academy’s mission, and about the obstacles it will need to overcome to accomplish it here in Israel. To me, the biggest obstacle is the English language. Aside from Khan’s incredible talent for teaching, one of the first things that may jump out at you when you watch a lesson is that you need excellent English in order to make full use of it. The vast majority of students in Israel lack this tool. Having watched a lesson, try to imagine even an above-average junior-high-school student connecting effectively.

And that is just one of many amazing resources we are missing out on. Globalization is likely to be a defining force in twenty-first-century economics, culture and society. It promises to reconfigure the balance between global winners and losers. The capacity for global interface, among individuals, organizations or societies, will be a prominent attribute of globalization’s winners. This ability will drive access to resources and opportunities. It will underpin global awareness, the same factor that has driven the Jewish people’s success for generations. And it will be in English.

Swedish universities currently offer about 600 master’s degree programs taught in English – for Swedish students. I believe that planners in Sweden have recognized the global context in which they will be living and competing in the coming generations, and are taking action to secure a better future. We may eventually succeed in reforming our own struggling education system, but that will certainly not happen overnight. In the meantime, we are losing ground as a nation. Luckily, resources like the Khan Academy offer the option of acting as individuals. If my message resonates with you, I encourage you to take full advantage of such resources now. Perhaps the best start is to help your kids master the English language fully, and at as young an age as possible.

About the Author
Tal Keinan is CEO of KCPS & Company, a global investment firm with offices in Tel Aviv and New York City, managing tailored portfolios for institutional and private investors worldwide. KCPS also manages a quantitative hedge fund. The team comprises investment professionals from around the world, creating a unique concentration of investment talent and experience.
Comments