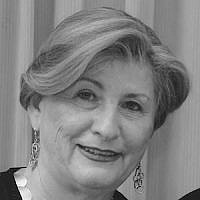 My children are too old and too busy for tales, but some grandchildren beg for more. One in particular asked me how I gave birth without my mother’s presence in the delivery room.

“Are you kidding? Delivery room? My mother wasn’t even in the country!” I told her.

At 21, I was already married and a mother, a young mother, maybe too young; I really knew nothing about mothering. There weren’t any “pre” classes, and no preparation for natural childbirth, the sole possibility in Israel in the early sixties. No parenting or marriage counselling workshops, no magazine articles, pictures, and everything young women need to know about pregnancy, delivery, and motherhood — at least not in English.

To my memory, I believe it was Ben Gurion, accredited with a statement that a good mother is one who delivers four sons in ten years. His socialist thinking embraced the idea that eventually Israel could count on another four soldiers to fight its wars. As Bolsheviki as that sounds, we survived. We stayed married; we produced children — not necessarily four in ten years, but we had them, loved them, and fed them, despite painful American immigrant adjustments, unacceptable socialist ideology, rigid primitive medical practices, nurses with whitish hair pulled tightly over earlobes and rolled into Golda style buns. Tipat Chalav was a Ministry of Health “infant and mother” care center where the babies were weighed, inoculated, and checked routinely to make certain that they were breast-fed.

Our apartment was void of any welcoming committee, there were no signs, or balloons on the front door that morning after the first seasonal rains. We returned home from the hospital with our pink bundle in October 1962 to a freshly cleaned dwelling. Your Saba made sure the apartment was clean. I can’t remember what was in the fridge, probably not much more than eggs, leben and cheese. No one sent in trays of comfort food, but I remember that as soon as the baby started crying, I cried too, out of fear and ignorance, and then Saba opened “Dr. Spock,” the famous pediatrician whose baby guide was the first and last word on infant and child-care. In the first chapter, the wise doctor already suggested a few reasons why the baby might be crying. Turns out, the infant was plain hungry, she was not getting what she needed, and it was a few weeks before I learned to come to terms with the fact that I could not breast feed, and it took many years more before I no longer cowered for failing to be the perfect mother.

I shed quite a few tears over that failure, but Saba comforted by sterilizing the bottles and nipples every night, and I allowed my memory to guide me from diapering dolls to diapering real live infants. Our American washing machine did not boil the water and I spent two nights a week like a witch, prevailing over a huge white enamel pot, long wood stick in hand, boiling diapers to stain free, sterilized, blue white.

Swaddling infants in receiving blankets was essential, the only way to keep the baby warm, safe and her hands out of harm’s way. Bubby Miriam sent packages from the States, and the first postnatal package included pink, yellow and green receiving blankets. Only “flannelim” thick white flannel squares were available locally. The infant was always well swaddled, not in frilly clothes or headbands and matching socks— not like your decorated newborns, but in sync with the times.

The hospital or maybe it was Tipat Chalav, sent a home duty nurse to dispense free instruction for bathing the baby. Since I had stopped nursing, Tipat Chalav kept a close eye on the baby’s progress; they had to be sure I wasn’t abusive, perhaps poisoning the infant with formula. And when solids were introduced to her diet, I was warned to follow instructions. They actually told me, “You must never feed her packaged cheese; you must prepare the cheese yourself, fresh.” Everything had to be fresh, so…I had to be sure to boil the milk with a few drops of lemon juice until it curdled and then strain it through a sieve. I can’t remember exact instructions because… I never followed them. From then on, I knew what they wanted to hear, and I spoke the coveted lines.

“Of course I prepare my own cheese! I wouldn’t think of doing otherwise.”

“Of course I warm the milk; I would never give it to her directly from the fridge.”

“Of course I cook cereal; I don’t know why her cheeks aren’t puffy cornflower pink like my neighbor’s baby.” They never knew about the instant American cereal that Bubby sent in the mail.

Bubby Miriam kept us going in those early years with care packages from America, welcomed like Moshiach. Clothes and hats, toys and food, all stuffed into small cartons, but the envelopes with a few dollar bills were never delivered by post. If they had been, the foreign currency would have been removed and the police on our tail. Nobody we knew had a phone. A knock on the door by a stranger who hand delivered an envelope with a personal message. Maybe something like, “I saw your father last week and he asked that I deliver this when I arrive in Israel,” was common; call it, “private courier service.” Sometimes it was a telegram sent from the post office with urgent news from abroad, or local notification where to meet. My hands trembled when I held a twenty-dollar bill; it was illegal to hold on to greenbacks, the fear of a police raid, G-d forbid, hung over our heads. Our letters were opened and read: the censor had to stamp approval; he had to know Bubby’s advice for the baby, or Aunt Jean’s suggestion for table decor. We had code words for funds, thanking relatives for the beautiful green hat with 20 feathers.

Is it a wonder that I woke in disbelief the day after May 17, 1977, when Labor was voted out of office? After 35 years of strict Socialist ideology, a new leader was elected in Israel! Menachem Begin, MaChaL, the antecedent party of Likud ushered in a new era of new freedoms from communist-influenced governance. That was 1977, seventeen years after we had settled in Israel. In Jewish circles, seventeen is “good” (in Gematria, a system that gives numerical value to each letter of the Hebrew alphabet), the 3-letter Hebrew term for “good” is tov, and its letters add up numerically to seventeen.

Yes, it took seventeen years to develop, to welcome, to participate, and to receive government authorization to open our travel agency — a private one, not State owned. We hailed free market capitalistic ideas, yet mostly we valued having merited living, loving and producing first generation Jerusalemites. That first generation has since been blessed to have you youngsters establish a third generation that all too soon will be eligible to vote, before we even have a chance to turn around and discard “your babies” paper diapers.

“Beware the Ides of March” Shakespeare warned. Here’s hoping G-d in his infinite wisdom will reward the good citizens of this Land, threatened by Iranian nuclear power, with the right candidate to serve the nation come March 17.