We’d heard the rumors. We’d seen the heightened activity. Those of us who live here on the border with the Gaza Strip have learned to predict the rising tensions. Like the birds who go all quiet before the storm. It was in the atmosphere. But we couldn’t say a thing.

Ever since the explosion of the tunnel shook our walls (and our hearts) about 6 weeks ago, we have been thrown back into the alertness of 3 years ago. The ear-splitting destruction of that tunnel killed Jihad Islamist operatives laboring inside, eliciting vows of revenge. This tunnel, even closer to us than the previous, was neutralized differently. Silently. With no loss of lives on either side (as far as I am aware). But new, more dire threats have been made, because the Hamas don’t take to it lightly when their major strategic “ace”, the one into which they have been pouring all their money, rather than into the improvement of their society, has been snatched away from them, again.

I was aware that another tunnel had been found. Most of us here were. We braced ourselves for almost 2 weeks, but all of us who live here understand all too well that when the army is around, they are here to do a job. And we just step back quietly and let them get on with that which they have been trained to do so well. So we waited. Sort of like sitting on a keg of dynamite, waiting for the inevitable.

I realized that something was happening when my phone started buzzing. In the middle of a series of meetings, 50 kms from home, I saw calls from reporters and other contacts; the kind who only call when our lives are in danger. Or when something has already happened. I called our spokesperson, and was given instructions that I could speak to the press but not mention where I lived. He told me that the most recently discovered tunnel had been neutralized, and that the press were chomping at the bit to get the word out. But they, too, understand the rules of the game. The game which, if the rules are broken, can endanger many lives.

Three years ago, in the summer of 2014, we lived through hell. But now — my world is different. Now my 2 ½ year granddaughter is in this world, in this community. She lives in a world that is still trauma-less (for her). She has never heard the sound of the Red Alert. Children her age, living here 4 years ago, knew that when they heard the rocket alerts they had to run for cover. They had to run for their lives. This is a “Gaza-Envelop resident” intuition that she has not yet had to develop, and now, today, in our current reality, that really frightens me.

Three summers ago, I did not have a daughter with a swollen belly, at the end of her third trimester here, waiting to bring another of my grandchildren into this world. Three summers ago, she and her handsome husband had just gotten married (after being forced to move the venue — 3 days before the wedding — out of rocket range).

My life has changed so much since then; I now have even more at stake. But what has changed in our security and political situation? What has happened to the promises made by the politicians who claimed to have quelled the Hamas, or the world community who pledged to rebuild Gaza and improve the lives of those who live there? To enable them to live with hope. For years they have only lived with despair.

Nothing. In fact, it’s only gotten worse.

They are still desperate enough to follow their leaders who coerce them into believing that the only way they will solve their problems is by pouring all the money they have into building more tunnels, by trying to hurt and destroy their neighbours rather than build and heal their own backyard.

And we still live with the knowledge that again, below our newly sprouting fields, a sinister underworld is being built… and could surface at any time. Hopefully to be destroyed before it reaches fruition. And the drums of war beat on……..as if we haven’t all had enough, and as if any of us want more. 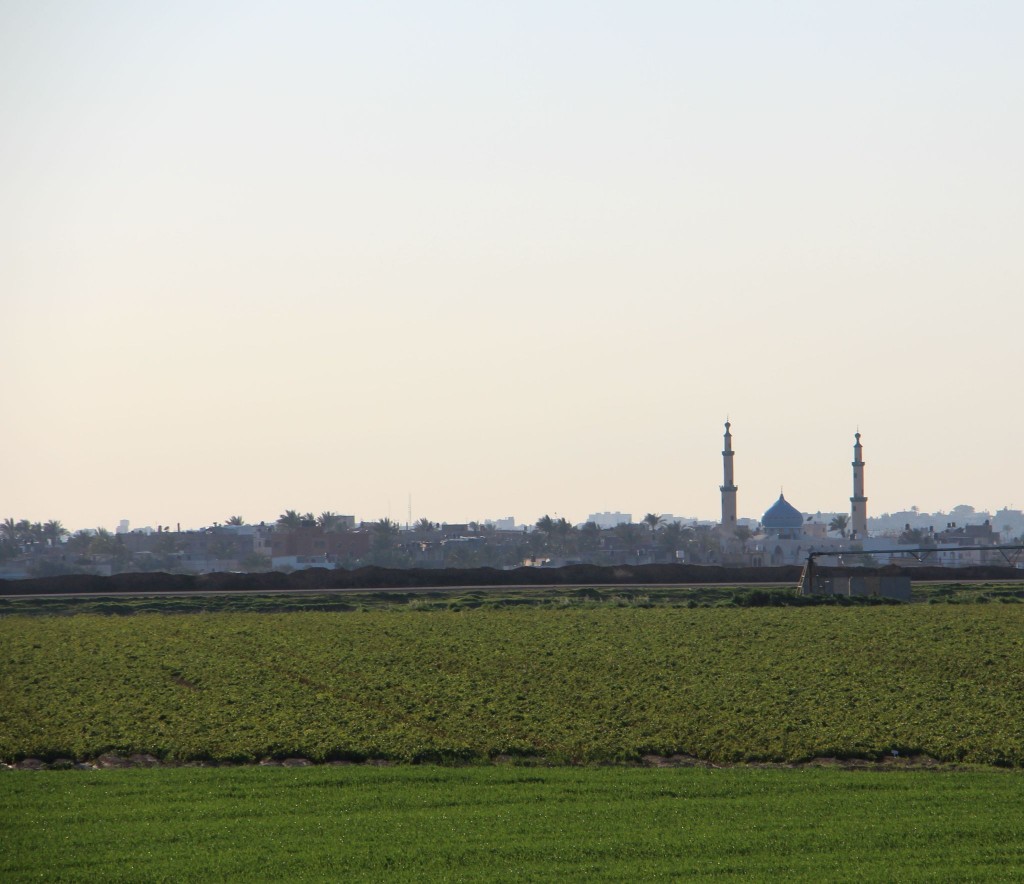 The view from our side, to theirs; the fields under which tunnels grow.
About the Author
Born in the USA, Adele has lived in a Kibbutz on the border with the Gaza Strip since 1975. She is a mother and a grandmother living and raising her family on the usually paradisaical, sometimes hellishly volatile border. She is affiliated with "The Movement for the Future of the Western Negev", and "Achdut Im Hadarom" for sanity's sake. She also moderates a FB group named "Life on the Border". https://goo.gl/xcwZT1 Adele is a teacher of English as a Foreign Language, as well as a teacher trainer and counselor for the Israeli MoE for EFL and a Tech Integration Coach. She blogs here about both Life on the Border, as well as about digital pedagogy, in "Digitally yours, @dele". She has recently become a devoted YouTuber on the topic of digital stuff. (https://goo.gl/iBVMEG) Her personal channel covers other issues close to her heart (medical clowning, Life on the Border, etc.) (https://goo.gl/uLP6D3) In addition, she is a trained medical clown and, as any southern clown would do, clowns as often as she can in the pediatric ward in the hospital in Ashkelon. She was recently included among the Haaretz "Ten Jewish Faces who made Waves in 2018" https://goo.gl/UrjCNB. She was invited to Geneva by an independent investigative committee for the UN to bear witness to the border situation in November 2018, and in December 2019 addressed the UN Security Council at the request of the US ambassador to the UN.
Related Topics
Related Posts
Comments