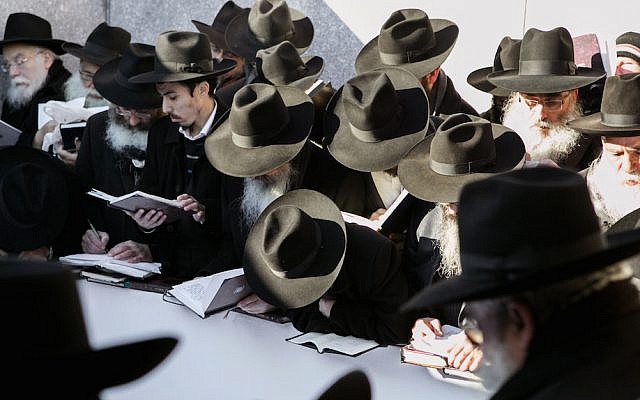 Sunday night I danced in a hangar on the Brooklyn docks with five thousand of the bravest, most dedicated Jews on the planet. It was the annual gathering of Chabad emissaries, the guys in black hats and black suits who are always on call for any Jew, any time, any place – from Ukraine to North Dakota to South Korea.

We’ve gotten used to them, we take their presence among us for granted. But what a gift to the Jewish people. At a time of rising hatred against Jews around the world, they respond with courage and devotion and self-sacrifice. They are, in many places, the public face of the Jewish people. To be The Jew in the streets of Europe, of North Africa – how do they do it? Why do they do it? Why do they leave the warmth and security of the hasidic communities in which they were raised to go out to the most remote corners of the Jewish world? Why do they raise hasidic children in places where they will be the only hasidic children, often the only observant Jews? Where do they get the inexhaustible energy and enthusiasm to fly around the world for the sake of getting Jews to put on tefilin and light Shabbat candles?

They do it because they believe we are living in the time of redemption, and who knows if the one mitzvah they get a Jew to perform will be the tipping point? Because they believe that the devastation of Jewish life of the last 200 years requires a spiritual counter-force.

Most of all, they do it because of the Rebbe. Even though more than half the men in the hanger, according to one speaker, were too young to even have even met the Rebbe, who died in 1994, they are his emissaries. They set out into the Jewish wilderness because he asked his hasidim to be servants of the Jewish people, tend to the Jewish soul. And he is still with them. “Nothing happens without the Rebbe,” an emissary to a remote city in Argentina I’d never heard of told me. 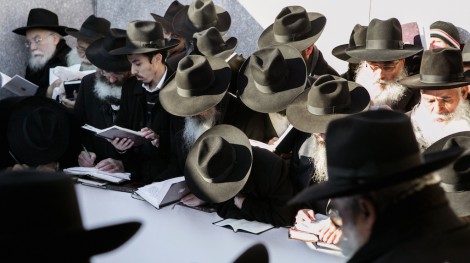 In my wallet is a dollar bill, received from the Rebbe, with his blessing. I keep it as a connection to him. Other hasidic leaders worked to rebuild their communities after the Holocaust; the Rebbe worked to rebuild the Jewish people. That’s why there are Chabadniks from Morocco and Iran, why the Bukharan shoemaker on Emek Refaim in Jerusalem hangs a poster of the Rebbe in his kiosk. The Rebbe is the Rebbe of the Jewish people.

I disagree with Chabad about many things. But it doesn’t matter. Not to them, and not to me. What binds us is love. They love me simply for being a Jew.

I was invited to the gathering by my friends, Rabbis Zalman Shmotkin and Motti Seligman, who run Chabad’s extraordinary media outreach. “Extraordinary” is redundant when describing Chabad’s activities. What makes their media outreach especially extraordinary is that they don’t only try to get journalists to write about Chabad, but to come to a Hannukah party or a seder, because journalists are, most of all, fellow Jews, with a shared responsibility to help bring redemption to the world.

I’ve been feeling especially close to Chabad and to the Rebbe these days. Partly it’s because I’ve been reading Joseph Telushkin’s wonderful biography of the Rebbe – simply titled “Rebbe.” But also because, in the wake of the synagogue massacre in Jerusalem last week, I feel a special closeness to the mitzvah of tefilin. When a hand bound in tefilin is literally severed, a worthy Jewish response, it seems to me, is to bind ourselves in tefilin with greater devotion.

Five thousand emissaries danced in anarchic circles that merged into each other and dissolved and re-formed, singing old Russian niggunim, wordless melodies written in cold hostile places to keep alive Jewish faith. A dance of joy, of victory. Of course victory. Anti-semitism? Hatred for Israel? Chabadniks laugh. Don’t you see the miracles we live with every day? Don’t you see God’s Presence with Israel and the Jewish people? Don’t you see the approaching redemption?

Meanwhile, there is work to do in Des Moines and Katmandu.

When the dancing ended, I asked my friend, Motti, “Is it over?”

I meant the event. 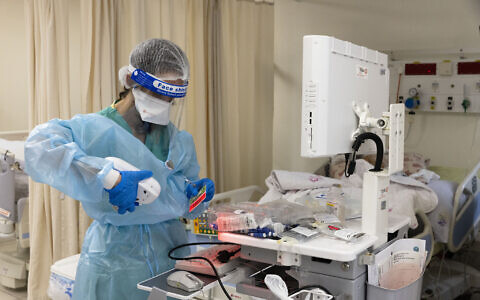 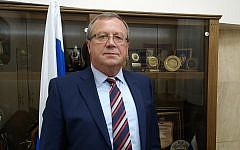 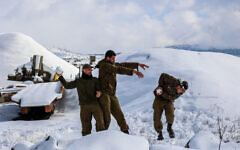 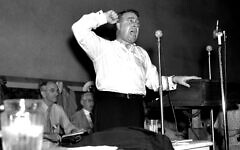 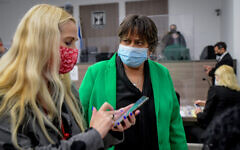 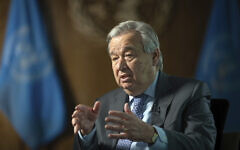