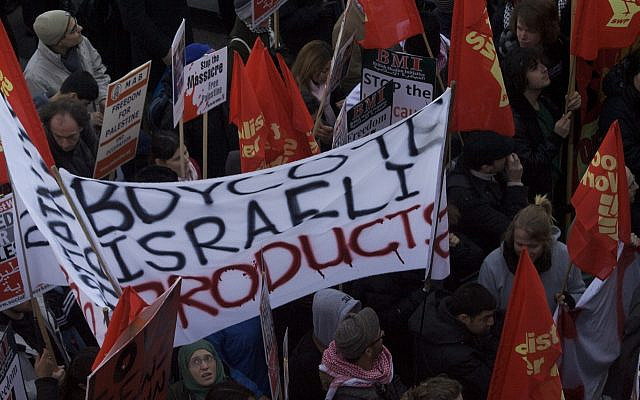 The growing anti-Semitism globally, and the recent series of attacks in New York in particular, should make us think. We often talk about what is anti-Semitism and the reasons behind it, but we usually shy away from discussing what is probably the most important aspect: who are the anti-Semites?

If anti-Semitism consists of judging Jews unfairly compared to non-Jews then anti-Semites are those who engage in that practice, but who exactly does that?

Let us look at one example. I recently defended Canada’s vote at the UN in support of a resolution that criticized the Israeli occupation and that promoted the Palestinian right to self-determination. I still believe that it was the right thing to do because taken by itself, the resolution is correct. The problem, however, is that taken in context, the resolution is hugely problematic. Anthony Hinton, political co-ordinator at Canada’s mission to the UN, hinted at that when he said that Israel “continues to be unfairly singled out for criticism at the UN with resolutions which do not address the complexities of the issues”.

That was putting it mildly. UN resolutions never recognize crimes against Israel. A year ago, despite an intensive effort by the US, Israel’s supporters could not even pass a simple resolution condemning a terrorist organization, Hamas. When 57 nations oppose a resolution that condemns terrorists and 33 nations abstain, but a year later, 167 nations condemn the Israeli occupation, with a measly 5 votes against and 11 abstentions, only anti-Semitism can explain this upside-down world.

So, whether we like it or not, that UN resolution, like hundreds of others before it, was an instrument of anti-Semitism. It was used to judge Jews unfairly while we know very well than non-Jews who are committing crimes against Jews are getting a pass. And so, anyone who supported the resolution was indirectly advancing anti-Semitism. As it turns out, I am an anti-Semite, or at least a catalyst of anti-Semitism, and so is practically the whole world. The anti-Semites are us!

It is fair to criticize the excesses of the Israeli occupation of the West Bank, including the settlements. It is fair to point out that while Israel may need to occupy all or parts of the West Bank to ensure the safety of its citizens, it does not need to build settlements on disputed land that the vast majority of the world sees as Palestinian land.

The anti-Semitism of the pro-Palestinian movement is immoral, just like all forms of bigotry, and it is not even effective. The world pays lip service to the Palestinian cause while Palestinians are left dispersed, powerless, and stateless. If the world was serious about helping the Palestinians build a state, it would fight the main obstacle to Palestinian self-determination, which is Palestinian terrorism. It would demand a high moral standard from the Palestinian leaders, just as it demands from Israel.

While we should not demand less of Israel, we should demand far more of the Palestinians, which is practically impossible to do when the world refuses to go along even with the most obvious condemnations of Palestinian terrorism. As a result, many of us end up demanding less of Israel. The US declaration in November that it no longer regards the West Bank settlements as illegal is probably a result of that. Condemnation by many Western politicians of the BDS movement that has acquired a reputation as anti-Semitic is also probably a result of that, even though the basic principle of BDS, which is to pressure Israel into ending the occupation of the West Bank is not intrinsically anti-Semitic.

This change is not likely however. Palestinian leaders have shown no inclination towards empathy or even pragmatism, and the terrorists among them continue to gain popular support. The Palestinian cause is well entrenched in anti-Semitism and will likely continue to be for the foreseeable future, to the detriment of the Palestinian people.