It is not every day that a person or group of people are thanked by the Prime Minister, President, Mayor of Jerusalem and Chief Rabbi of Tel Aviv. But such an event took place on Monday during United Hatzalah’s 10th anniversary. 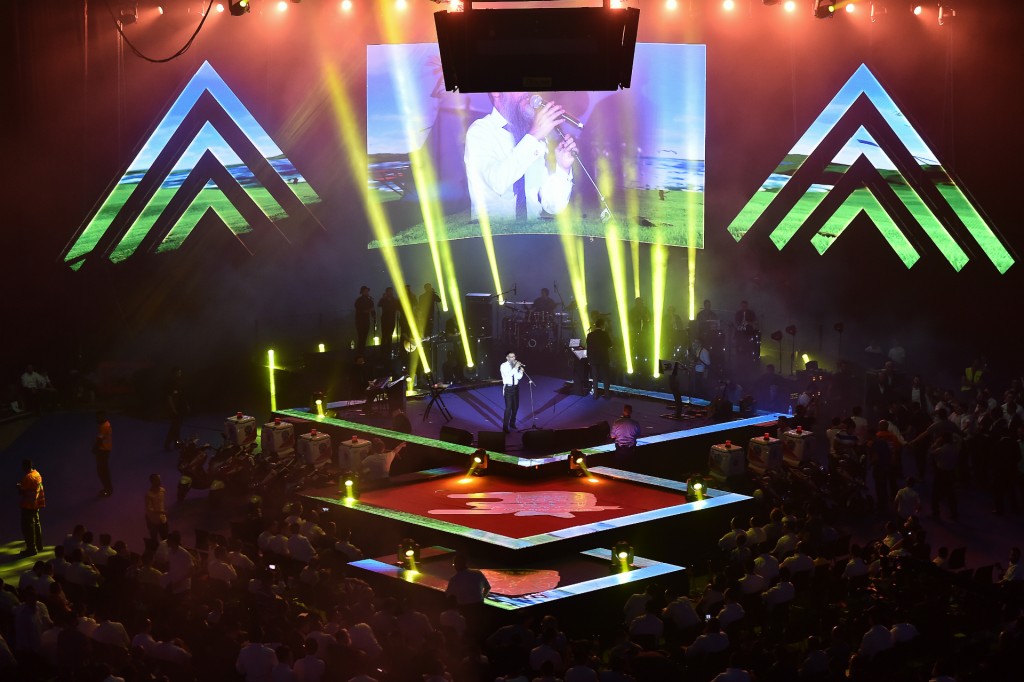 The event marked the tenth anniversary of United Hatzalah, which also marked 30 years of Hatzalah’s lifesaving activities in Israel. The mega-event took place at Jerusalem’s Pais Arena and brought together 12,000 people (3,000 United Hatzalah volunteers their family members from across the country). Dignitaries Nir Barkat, Mayor of Jerusalem, and Rabbi Meir Lau, Chief Rabbi of Israel and of Tel Aviv-Yaffo, attended the event. President Reuven (Ruvi) Rivlin sent a special video message to the organization and Prime Minister Binyamin Netanyahu, who was unable to attend due to a prior engagement, wrote a letter thanking the organization for its work. The letter was screened on the main stage and read aloud to the gathered crowd of EMTs, paramedics, doctors and their families. 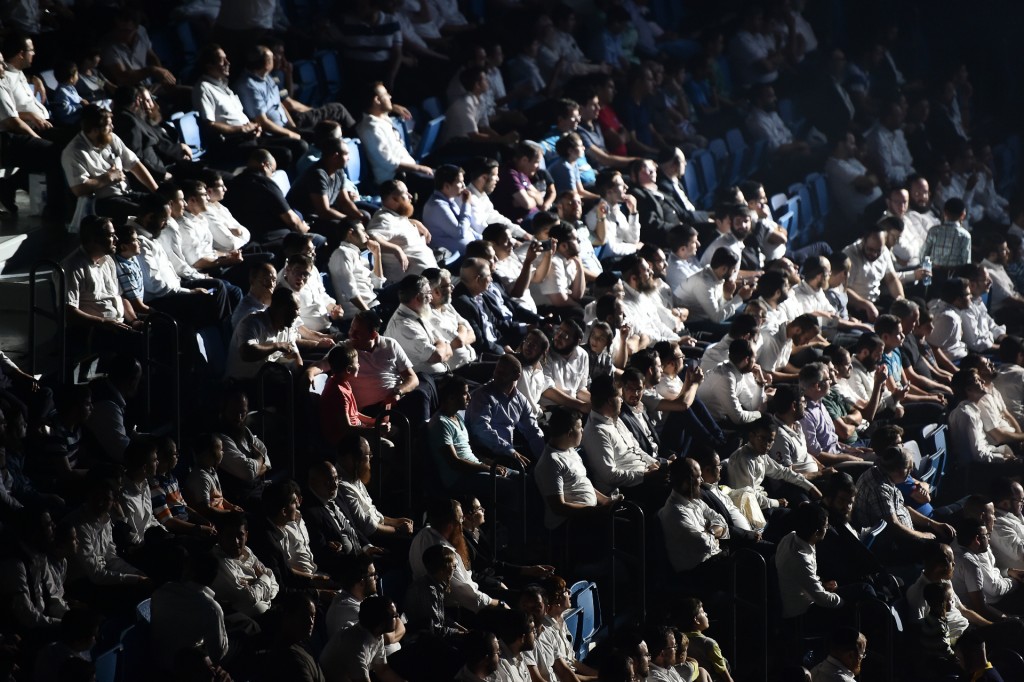 Part of the crowd at the event.

The main attraction of the event was a live performance by famed Jewish singer Avraham Fried, who electrified the crowd with some of his greatest hits. He was joined by musical artists Yishai Ribo and the percussion band Tararam, who wowed the audience with stellar performances. 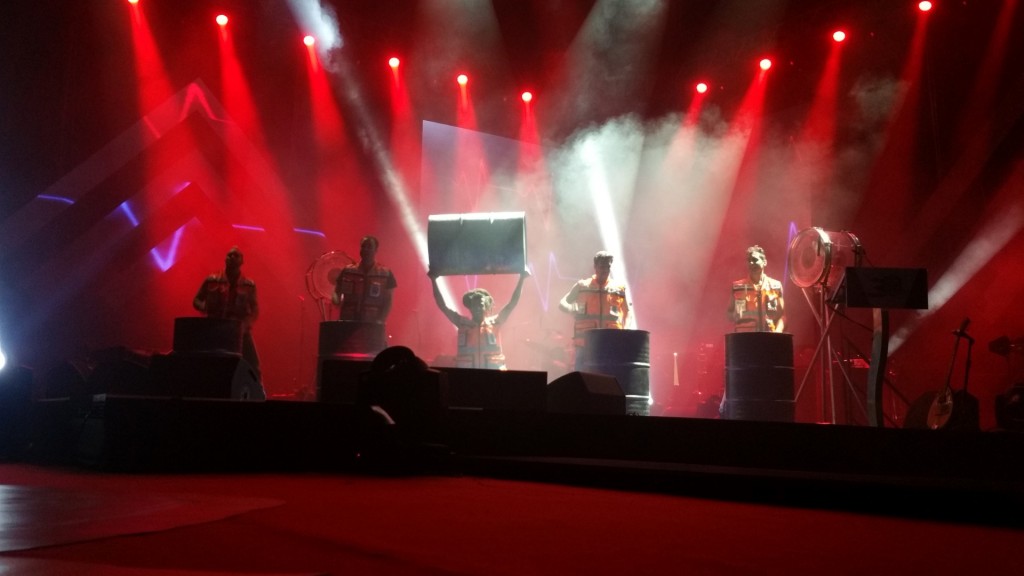 The CEO of United Hatzalah, Meir Teitelbaum, read the Prime Minister’s letter aloud to the gathered volunteers. “I wish to congratulate you for ten years of important work that you do at United Hatzalah, an organization that has raised the banner of lifesaving and turned it into a way of life. The men and women of United Hatzalah are among the first to respond at the scenes of terror attacks, traffic accidents and other medical emergencies, wearing their tell-tale orange vests and equipped with the most advanced medical equipment. In the field of emergency medicine, there is a great amount of importance given to providing the patient with expert medical care in the first few moments (following a medical emergency), and in many cases this is precisely what makes the difference between life and death.” 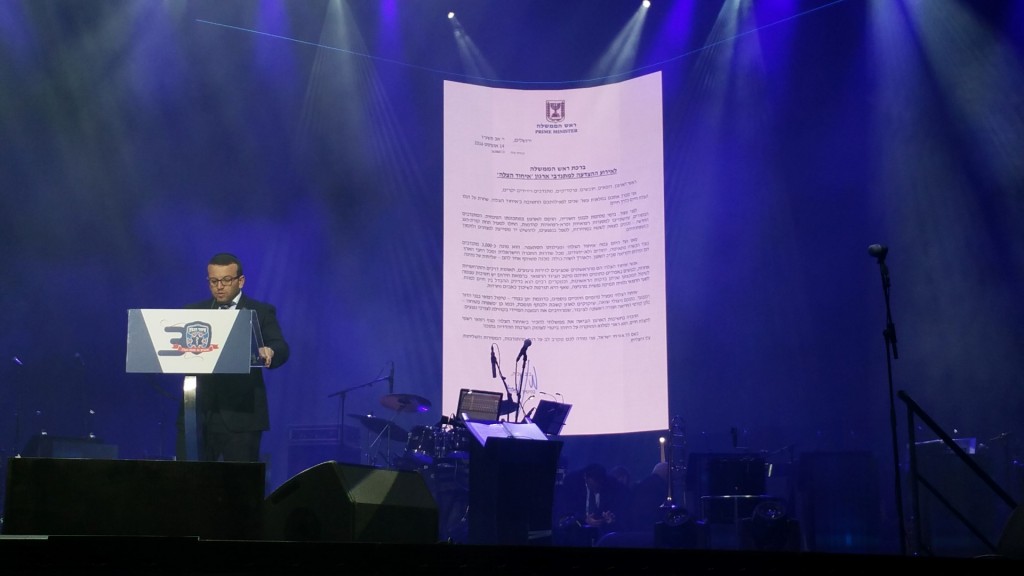 Prime Minister’s letter screened and read to the crowd.

The Prime Minister added that the organization has gained the respect of the government and is viewed highly by all factions within Israel’s governing body. “Recognizing the importance of the organization has brought my government to officially recognize United Hatzalah as an official medical and life saving organization. The organization is worthy of our utmost respect for being a prime example of caring for one another within our society. On behalf of all of the citizens of Israel, I thank you from the bottom of my heart for the spirit of volunteerism, dedication, and devotion that you have shown. May you continue to do so. Good luck.”

President Rivlin said in his video that “just like every other citizen of Israel, I too see the volunteers of United Hatzalah standing at the ready to provide medical assistance no matter what time of day or night, during times of crisis or conflict as well as during peacetime. Sadly, we know all too well that accidents and terror attacks can hit at any time. The waves of terror that have plagued us over the past decades have shaken our entire society. Among them, and at the heart of the storm, we know very well just how vital the activities of volunteers at United Hatzalah truly are. Over the years United Hatzalah has become a model of professionalism and the gold standard of quality and development.” 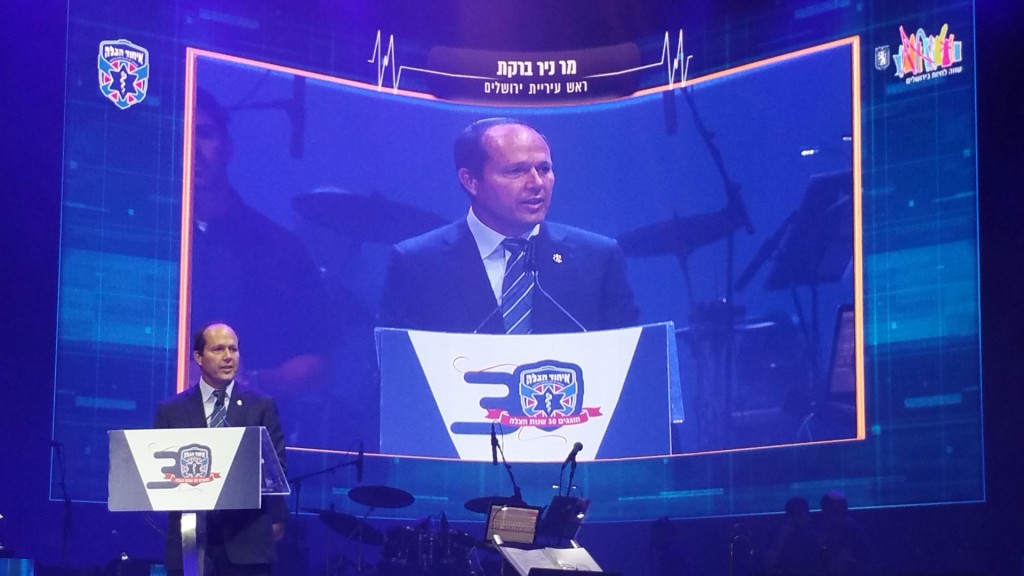 Jerusalem Mayor Nir Barkat expresses his admiration for the organization.

Barkat said that the organization stands as an example to others. “In the years of United Hatzalah’s activity, they have served as a prime example of how to take chances, how to volunteer, how to care for the other less fortunate, how to work together, and how to work in a proper professional manner in order to save lives. I am here on behalf of the city to say thank you for being partners in saving lives over your first thirty years, and may there be many more years of life saving and partnership in the future.” 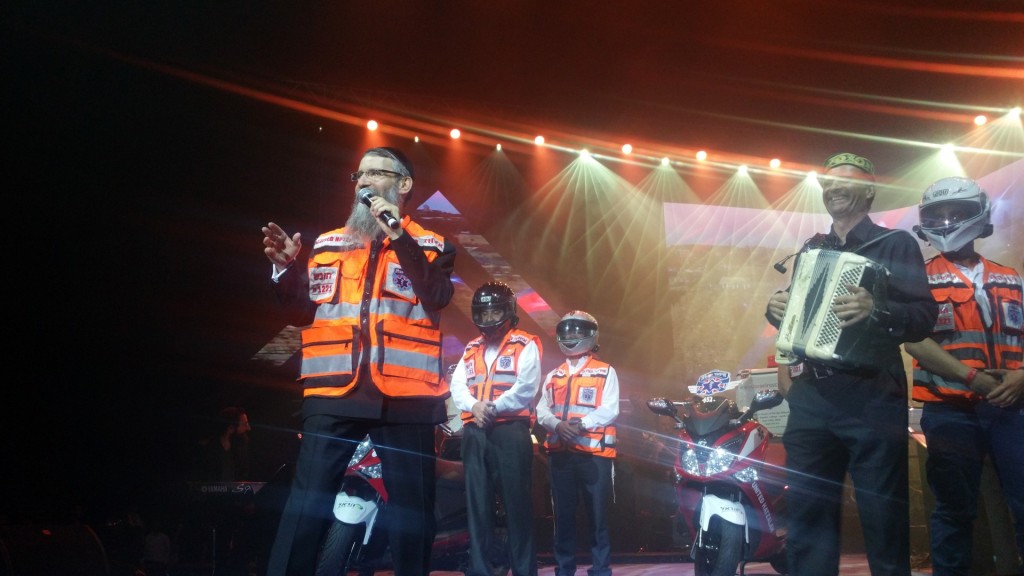 Avraham Fried dons a United Hatzalah vest and performs for the gathered volunteers and their families.

The Former Chief Rabbi of Israel and current Chief Rabbi of Tel Aviv-Yaffo, Rabbi Meir Lau, was also in attendance and addressed the crowd. “Actions are always connected to self-sacrifice. When the idea of loving-kindness is talked about, the prime example is United Hatzalah. United Hatzalah means loving kindness. People who act and save lives without expecting any sort of recompense or thanks. When someone undergoes a car accident, is wounded in a terror attack, or is sick, those who come to help them recover and return their life to them, these are acts of loving-kindness. To speak about it is easy. To actually do it is something else. People need to learn from you, the volunteers of United Hatzalah. You are people who exemplify what it means to truly love heaven and earth.”

Founder and President of United Hatzalah, Eli Beer, said, “I want to start off by thanking each and every one of you for being a part of United Hatzalah and coming here tonight, and for what you do, day and night, for the entire nation of Israel. We can safely say that United Hatzalah has created a worldwide revolution in the field of life saving. We are a shining example of how an EMS organization should look. We are an example for the entire world. What we do here people copy, both in Israel and around the globe, and that is all thanks to you, our volunteers.” At the end of Beer’s speech, his partners, and other directors of United Hatzalah, joined him on stage and presented him with a commemorative plaque with the number 1,974,825 on it. The number signifies the amount of people who have been saved by volunteers of United Hatzalah. 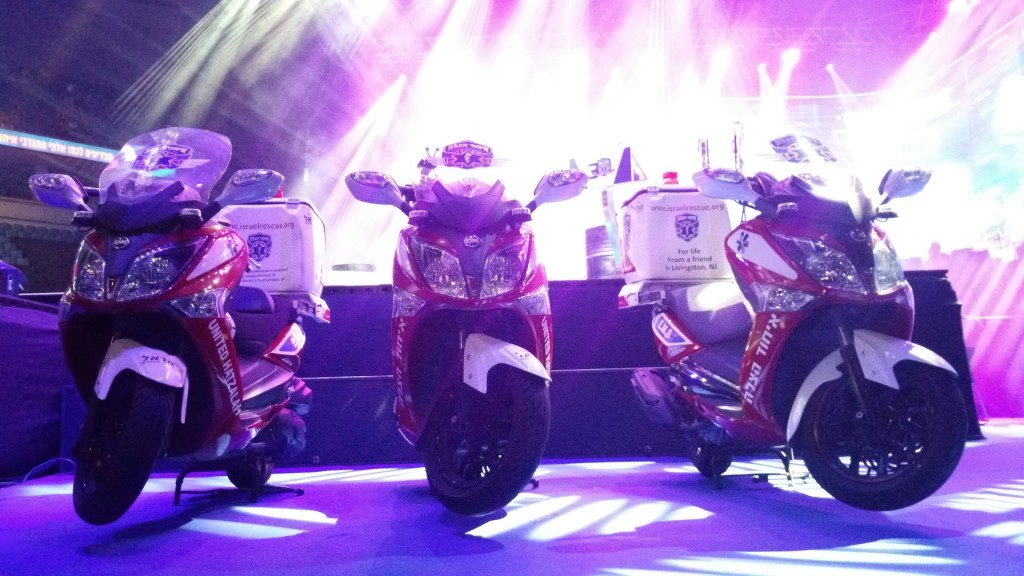 The organization’s signature ambucycle displayed near the main stage.

United Hatzalah Director, Ze’ev Kashash, also chose to direct his comments to the volunteers who form the backbone of the organization. “I wish to thank the chapter heads and the deputies who work tirelessly to make sure that all of the needs of the volunteers are taken care of. I also wish to thank the families of the volunteers who make it possible for their husbands, wives, mothers, fathers, sisters and brothers to do what they do, and dedicate themselves to saving lives. I also want to dedicate this night to you, our thousands of volunteers, you who are our angels in orange for saving lives every day.”

Miriam Ballin, an active EMT with United Hatzalah and the Director of the Organization’s Psychotrauma Unit, said following the event, “It was incredible! The organization not only values its volunteers and their families, but takes time to recognize each unit within the organization, the original roots of Hatzalah, and even the fellow Hatzalah teams worldwide and all their efforts as well! What an honor to be part of an organization as amazing as this!”