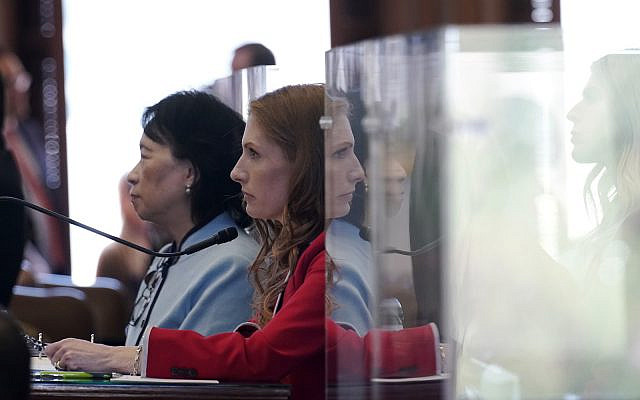 If you’re anything like me, you spend most of your time off being a teacher on social media, correcting disinformation and misinformation on COVID-19, immigration, Qanon, and now, of course, abortion.

Thanks to Texas’ new abortion ban, and the SCOTUS’ turn away from Roe v. Wade, social media is blowing up with justifiable outrage and the accompanying uneducated, purposely misinformed “experts” coming out of the woodwork.

Besides the nonsense that is being pushed by those who wish to create a Christian-centric theocracy in America (evidenced by the cognitive dissonance of the “freedom” of one’s own body not to wear a mask or get a vaccine, and the abortion bill enforcing the exact opposite of ideals), there is some chatter that is relevant to me as a rabbi and biblical scholar. Apparently, there are those out there that believe that Judaism is anti-abortion. In fact, some are putting themselves on the line in tweets and replies, confident enough to state that Judaism is “totally” anti-abortion, including tweets such as the following:

“Damn would love to see the verse in the Torah that says abortion is good and part of the religion, as opposed to swathes that talk about life at conception, don’t murder, punishment for causing an abortion to happen”

So let’s back up. First of all, arguments like this are inherently weak because no religious texts claims that “abortion is good” or “part of a religion;” Secondly, Judaism assuredly does not believe life begins at conception (this is a Christian concept); third, the Torah does allow for killing in many places (unfortunately); and finally, the punishment for causing a miscarriage (not an abortion) is monetary, not a life for a life.

So let’s back up again. The Bible says absolutely nothing on the topic. Nothing. Anywhere.

However, on the final point above, in regards to causing a miscarriage, the closest the Torah comes to speaking on this issue is a verse in parshat Mishpatim, starting at Exodus 21:22

When men fight, and one of them pushes a pregnant woman and a miscarriage results [lit. her children emerge], but no other damage ensues, the one responsible shall be fined according as the woman’s husband may exact from him, the payment to be based on reckoning [lit. as the judges determine] 23 But if other damage ensues, the penalty shall be life for life, 24 eye for eye, tooth for tooth, hand for hand, foot for foot, 25 burn for burn, wound for wound, bruise for bruise.

This is as close as the Torah gets to the death of a fetus and laws surrounding it. I would like to also note, for full disclosure and context, that the verse before it speaks about what to do when a “man strikes his slave,” and that it is preceded by a law stating that kidnapping warrants a death sentence, as does insulting your father or mother. In other words, this passage about a fetus is part of a law dealing with antagonist’s liability towards an innocent bystander and suggests that in most cases, restitution is to be made. It is by no means about abortion as we currently understand it. Additionally, the Hebrew in this passage is replete with difficulties, such as we don’t know why the Hebrew uses the plural in regards to the “expulsion of the fetus,” we don’t know “whether stillbirth, premature birth, or term delivery is intended,” and we don’t know what the text means by “other damage.”

What we do know, however, is that in this case, when a miscarriage occurred in Torah law in this way, “The individual responsible for the miscarriage was fined, but was not tried for murder.” This is clear from the commentators, such as Rashi (10th century France), who notes that the phrase, “and he shall give [restitution],” means that “The assailant [shall give] the value of the fetuses.” In other words, “the attacker is required to monetarily compensate the ‘owner’ of the fetus, the woman’s husband, with an amount of compensation to be negotiated.”

Moving aside from the extremely problematic patriarchal ownership aspects of this understanding, the biblical view seems to indicate that the death of a fetus is not comparable legally to the death of a human. Whereas within the ideas of lex talionis “a life” is “for a life,” a fetus’s death can be restituted by money.

Laws like this exist in law books of Near Eastern Israelite neighbors, such as in the Sumerian law fragments, Hammurabi’s code, Middle Assyrian Law, and the Hittite laws. All of these, additionally, “call for monetary compensation for the loss of the fetus,” meaning that the Israelite understanding of a fetus’ death not being a “life for a life” was in line with the view of other cultures and religions as well.

As the rabbinic responsa states: “We learn from the commentaries that payment was made for the loss of the fetus and for any injury done to the woman. Obviously, no fatal injury occurred to her. This was the line of reasoning of the various codes (Yad Hil. Hovel Umazik 4.1; Shulhan Arukh Hoshen Mishpat 423.1; sekr Meirat Enayim Hoshen Mishpat 425.8). If this case had been considered as murder, the Biblical and rabbinic penalties for murder would have been invoked.”

What about elsewhere in the Bible? Fundamentalists do some heavy reaching trying to attribute abortion to murder, by using verses such as Genesis 2:7, “the LORD God formed man from the dust of the earth. He blew into his nostrils the breath of life, and man became a living being,” or Ezekiel 37:4-5, “And He said to me, ‘Prophesy over these bones and say to them: O dry bones, hear the word of the LORD!’ Thus said the Lord GOD to these bones: ‘I will cause breath to enter you and you shall live again.’” In both instances, fundamentalists use these beautiful, poetic metaphors to literally equate breath with life.

Others bring parts of Psalm 139 out of context, which states, “It was You who created my conscience; You fashioned me in my mother’s womb. I praise You, for I am awesomely, wondrously made; Your work is wonderful; I know it very well.” Neil Carter, an author on the platform “Godless in Dixie,” responds quite brilliantly to this use of scripture, stating that “Taken in context, the writer of the psalm was marveling at the omniscience of Yahweh, who he believed could see everyone and everything before they even come into being.”

Finally, there is the ludicrous understanding of Numbers 5, which some commentators view as a priestly way to induce miscarriage; however, one need only glance at it to see the historical distance and ridiculous connection:

If any man’s wife has gone astray and broken faith with him in that a man has had carnal relations with her unbeknown to her husband, and she keeps secret the fact that she has defiled herself without being forced, and there is no witness against her— but a fit of jealousy comes over him and he is wrought up about the wife who has defiled herself… The priest shall take sacral water in an earthen vessel and, taking some of the earth that is on the floor of the Tabernacle, the priest shall put it into the water…here the priest shall administer the curse of adjuration to the woman, as the priest goes on to say to the woman—“may the LORD make you a curse and an imprecation among your people, as the LORD causes your thigh to sag and your belly to distend; may this water that induces the spell enter your body, causing the belly to distend and the thigh to sag.” And the woman shall say, “Amen, amen!”…Once he has made her drink the water—if she has defiled herself by breaking faith with her husband, the spell-inducing water shall enter into her to bring on bitterness, so that her belly shall distend and her thigh shall sag; and the woman shall become a curse among her people. But if the woman has not defiled herself and is pure, she shall be unharmed and able to retain seed.

Besides the fact that the Torah here is teaching us that spells and curses are ways to bring about truth in situations of infidelity, and that a bitter or “holy water” can make “a belly distend,” and “thigh sag,” the Hebrew does not clearly indicate that the infidelity caused pregnancy, only that there was an act of sex, and that the woman has been defiled (the same word used for diseased or those who made contact with corpses). Regardless, the idea to take this text and use it as a case for or against abortion is fatally flawed.

And that, is it, when it comes to the subject of abortion in our holy text, in the Torah or elsewhere in the Bible. For scholars, the authors of the biblical stories and laws had very little to say about the subject, and for fundamentalists and believers in the divine origin of the Torah, the words of God does not mention it.

As for rabbinical understandings of Judaism’s allowance of abortions in some cases, we need only look to the Mishnah to see that “it was permissible to kill a fetus if a woman’s life is endangered by it during the process of giving birth. However, if a greater part of the fetus had emerged, or if the head had emerged, then the fetus possesses the status of a person and can not be dismembered, as one may not take one life in order to save another” (M. Ohalot 7.6).

The Mishnaic statement in Ohalot was that the “fetus was portrayed ‘in pursuit’ (rodef) of the mother, and therefore, has endangered her life (Deut. 25.11 f; Lev. 19.16; Yad Hil. Rotzeah Ushemirat Hanefesh 1.9; Shulhan Arukh Hoshen Mishpat 425.2). Maimonides, who did recognize the fetus as possessing some status, and Caro were willing to use either drugs or surgery in order to save the life of the mother.”

In other words, spewing Bible verses from the Torah is a very Christian thing to do, in that all modern Judaism is based on the rabbinical interpretation of these texts. That being said, even the Torah verses (as seen above) prove the case that abortion is at the very least permitted in Judaism. Why? Because Jewish law affirms these important factors:

Unfortunately, few are willing to do the work to understand the text, the interpretation, and use “isogesis” in order to push an anti-abortion agenda. By no means does Judaism “celebrate” abortion, nor think it is “good.” These characteristics are not common in any kind of Jewish law on any subject. Rather, Jewish law understands the purpose for things and argues when they may be necessary, and when they are not. Overall, Jewish law does believe that abortion is necessary in certain cases, which means that Judaism as a whole would be and should be against any flat abortion ban.

Again, unfortunately, not all of this can be explained in 145 character, thus the challenges we teachers face around the Twitter water-cooler.