Passover is a celebration of freedom, a holiday marking the defining moment in Jewish history, our liberation from bondage.

Passover represents the birth of a nation. The clan of Jacob, just an extended family, becomes a multitude, the children of Israel.

And the story takes us through a revolution against an unjust monarch and an escape from tyranny, to the framing of a constitution at Sinai. No wonder that the holiday resonates so powerfully here in the United States. The Jewish story of slavery’s abolition even includes a civil war of sorts, with the confederacy that turns to worship the golden calf.

The powerful injunction to remember that we were slaves in Egypt stands in sharp contrast to the mythologies of other peoples of the ancient world, which cast them as the descendants of gods or otherwise of supernatural origin. Passover establishes the foundation of Jewish ethics—not simply to value freedom, but in the words of Micah, “to do justly, and to love mercy, and to walk humbly with your God.” You can’t get much more humble than being a slave.

Birth is a common theme for holidays that incorporate the rites of spring, as does Passover, with the rebirth of nature symbolized by the green vegetable and the egg on the seder plate. The other side of birth is death, a topic we don’t like to think much about. But death, unlike taxes, is unavoidable for each and every one of us, whether we acknowledge its existence or not. The very name of the holiday Passover, or Pesach, refers to the Angel of Death passing over the dwellings of the Israelites.

The Jewish-American anthropologist Ernest Becker, author of the 1974 book The Denial of Death, argued that we human beings are the only forms of life on earth that are aware of our own mortality, and that awareness represents a crushing blow to our self-esteem. The function of human culture is to provide some form of compensation, through beliefs in various kinds of immortality, and by providing us with heroic roles to play in the lives that we lead. Of course, when it comes to the denial of death, religious beliefs have played a major role, especially in the very specific conception of an afterlife that many provide.

Passover stands out from all of the other traditional holidays on the Jewish calendar in its direct confrontation with death. By way of contrast, on Rosh Hashanah and Yom Kippur we pray that we may be inscribed and sealed in the Book of Life, with barely a mention of life’s opposite. On Passover, however, death is personified in the guise of an angel. Since an angel literally means a messenger, this implies that death is a message from God, the same God who exiled Adam and Eve from the Garden of Eden to keep them from eating from the Tree of Life and becoming immortal.

The message is one of choice. In Deuteronomy (30:19) God tells us, “I have set before you life and death, blessing and curse; therefore choose life, that you may live.” While we do not choose to be born or to die, there are choices still to be made. The Pharaoh chooses death time and time again, beginning with his order to kill every newborn Hebrew male, continuing with his refusal to let the Israelites go, resulting in the death of the Egyptian firstborn. The Pharaoh’s choice of death culminates in the decision to pursue the escaping Israelites, resulting in the drowning of the Egyptians army.

Pharaoh’s choices come as no surprise, insofar as he represents an ancient cult of death. We may marvel at the pyramids and Sphinx as wonders of the ancient world, but we also should recall that they were built with the blood of forced laborers, and that they are enormous tombs carrying the embalmed remains of the Pharaoh along with those who served him in life and were sacrificed so that they might follow him in death.

While the Pharaoh chooses death, the Israelites must make an active decision to choose life. When it comes to the tenth plague, the Angel of Death will not discriminate automatically in favor of the Israelites, will not spare anyone by virtue of their descent from Abraham, Isaac, and Jacob, or because they are circumcised, or because they worship Adonai. It is not Jewish blood that saves the Israelites, but the blood of the sacrificial lamb. This requires, first of all, being a part of the community. If you were not, how would you learn about what had to be done? It also requires choosing to follow the instructions.

We may have replaced the sign made with lamb’s blood with mezuzahs long ago, but the lesson remains: choose life, that you may live.

The Angel of Death who executes the tenth plague is no Adversary. It is not the equivalent of the Christian Satan or Lucifer, nor is it a lord of the underworld along the lines of the Greek god Hades. The personification of death quite naturally is a frightening figure. Its depiction as a creeping darkness in the 1956 Cecil B. DeMille film The Ten Commandments, usually broadcast on television at this time of year, has been the stuff of childhood nightmares for six decades now.

I recall being disturbed, in my youth, by the image of this angel in a Haggadah that illustrated a Passover song, Chad Gadya. That the “Holy One, Blessed be He,” finally “smote the Angel of Death, who slew the slaughterer, who killed the ox…” clearly communicated the hierarchy, but this didn’t change the fact that both the slaughterer and the ox ended up dead.

Which brings me back to the point that Passover is a holiday that confronts death rather than denying it, and offers the alternative—to choose life. The Angel of Death is neither an object of worship nor the embodiment of evil. The personification of death is frightening, without a doubt, but as God’s messenger, it is at the same time an Angel of Justice, under certain circumstances an Angel of Mercy, and without a doubt an Angel of Humility.

Passover is a celebration of redemption and renewal, but above all it is a celebration of life, whose meaning and value can only be understood through its contrast with death. So as we drink our four cups of wine at the seder, let us also remember to say L’chaim! To life!

About the Author
Lance Strate is a past president of Congregation Adas Emuno of Leonia, New Jersey and Professor of Communication and Media Studies at Fordham University in New York City. He is the author of Media Ecology: An Approach to Understanding the Human Condition; Amazing Ourselves to Death: Neil Postman's Brave New World Revisited; On the Binding Biases of Time and Other Essays on General Semantics and Media Ecology; Echoes and Reflections: On Media Ecology as a Field of Study; and Thunder at Darwin Station.
Related Topics
Related Posts
Comments 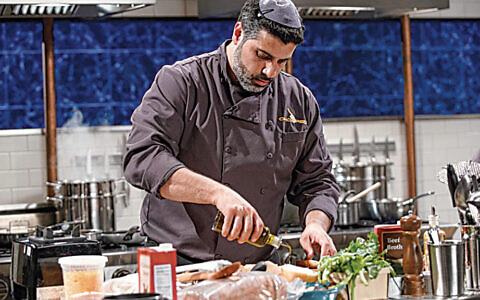 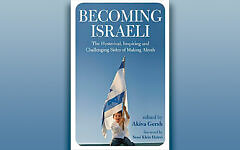