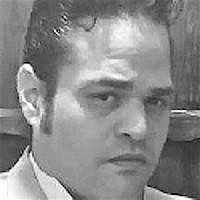 As we know, the media was always the most direct way to approach the public opinion. When the media is used as a weapon and not as a place that gives knowledge and information to the public about the various issues of the day that becomes a problem. Today we are witness to the manipulation of those who want to impose their doctrine on the popular opinion and thus receive an approval for later get their purpose.

In Latin America, Iran has captivated not only on the political scene. The use of the media such as television, radio, newspapers and various Hispanic websites, have been of a great help to this country that somehow managed to create an image of himself that excites the opinion of more than one viewer. As a result, they managed to make news television channels that capture the Arab world in the Spanish language. The problem is not just to create an informative focus, but also to show an image that has the task of cleaning the dark image of the Islam in the world.

After the arrival of Mahmoud Ahmadinejad to power by the year 2005, Iran began a new foreign policy, at that time public activity which involved other countries. However, at the same time Iran continued with its unclear nuclear policy.

In recent years, the strengthening of Iran in the Middle East which that happened due to the demographic change with the expansion of the Islamic Shiia   branch against the Sunna, it managed to attract the attention of the world and look at Iran not only by its new and important status in this zone, or what this is means on the in oil prices changes, but also because the effort made by Iran to the uranium development.

Then Ideological adaptation to the Latin American audiences:

With this new status, Iran became the new media point of care, and this is how they achieve to spread their ideology.

The consequences  of that process is that Iran has achieved under the same ideology aligned with the Third World countries, and Latin America has shown an adaptation and recognition of the socialist and anti-imperialist ideology that conveys that area. But, Iran managed to engage with that ideology while still a totalitarian country?

Iran knows how to adapt itself to the different forms and ideas that other dictate countries are trying to find the common point of view which through it can convey more openly the aim of its government.

The fact that those countries are anti-imperialists is just coverage of the dark presence behind a country that promotes global terrorism.

Such strategy not only exists in the carrying out of the Iranian foreign policy and its conquest of the world, it started years before in the internal politics of this country.

In the Arab world, any movement that failed to produce a revolution, based his ideology on religious fields, but the truth is that these countries always were involved in different revolutions only in consequence of their socioeconomic crisis. The use of the religion was just the fuel that used to light the flame inside of the citizens and approach those movements from the opposition to government. However, since taking the reins of power, they realize that they came to that moment in which ideology faced with the reality, and the solution to the problem is not so easy to solve; the dilemma is how they should continue to govern.

The case of the Iranian revolution is equal, the same way that their leaders know that ideology can be a game that allows them to dominate its people. According to the isalm, Shria and politics cannot be mixed together. The fact that the Shiite branch involvement in politics was something that only started with the influence of Khomeini. The rest of the Islamic leaders flatly refused to do politics, and not for moral issues or prevent internal political conflicts, but because the Shiite branch cannot traditionally involve in the political act.

The Origin of Shiism involvement in politics

The legend tells us that there were twelve Imams (spiritual leader); they would be for Islam what the Jews call the Messiah – “Mahdi” – or the promised Mahdi. The Twelfth Imams were young men among the twelve or fifteen years, but it is also believed that it could be less, he inherited the position after the death of his father, Imam eleventh, cousin and son in law of the Prophet Muhammad.

Back to our subject, this young man disappeared into a cave in the area of Samarra. The aim originally was that this child will not get killed. Protected by God, the Shiite branch believed to be hidden. After his return, he will lead the world and till than the world should respect and keep his position.  In the meantime the Shria will deny all political participation and legitimacy of all other government, believing that there will be one single government led by religious leaders of Islam, headed by the twelfth imam, Muhammad Ibn Al – Hasan.

In that case, what is the ideology of the Shiite leader and spiritual father of the Ruhollah Khomeini revolution based on?

As part of the Shiite minority, Khomeini like others religious leaders before him,   believed that they must not only follow the basic rules of the Islamic tradition, but also they must adapt themselves to the reality in which we live today.  Khomeini was growing along with the socioeconomic crisis and frustration in which the Shiite branch for its minority in the Middle East was involved in the story against the Sunni majority.

Part of the struggle against its enemies is through the legitimacy of using violence as a solution to the historical problem, and by the 70s, that brought to the famous spiritual Shiite leader to create a theory with an orderly agenda which he define its purposes.

As I mentioned earlier, the Shiia does not believe in the legitimacy of any government within the West and considered as offenders other branches of Islam too. The outcome result of this theory is that the shria sees this action as intimidating.  While that happens, Khomeini arrives and declares a war in in which it allowing to use violence to take the reins of power and thus also encourage other countries of the world to rise up against their enemies.

The question we are asking therefor, is from where Khomeini gains its authority, to take control and go against their tradition? The reason for that is once becoming the highest religious icon on this Islamic branch, and having no heir to the prophet Muhammad, Khomeini insists that he must be the leader who governs the Shiite branch of Islam until the arrival of the twelfth imam.

However, the problem starts when you look on how the press at the Islamic Republic of Iran creates a game which they are focusing on speeches that convenience for them. This end in an outcome result that the Iranian people, after hearing a crafted work, they identify with certain traits that show a picture of Iran that does not reflect the reality.

Several examples can be seen through different media   that currently is focusing on the Arab world, for example: Annurtv, www.webislam.com and www.tercercamino.com. A media such as that this work usually involved with organizations that spread support for human rights, using them as a shield to cover the true face of Iran.

Webislam published a report few years ago stating the agreements between the Association of Muslim Women, which is active in Spain, and the Foreign Ministry of Immigration and Citizenship. The purpose of that was to reach several agreements with favorable programs for employment and social integration of women abuse situations.

This organization still exists and is doing a great job, although it has been taken by the Iranians to coat their negative image. If we investigate a little deeper and look at the reality in Iran, we would discover that the women’s rights in that country are very different when compared them to the statements of “webislam.com”. In Iran, a woman cannot take a decision  on a divorce and can only maintain the custody of their children until they met seven years, but I limit myself here to give just one example of injustices and atrocities that the woman suffer there. The absurdity lies behind these organizations that sell to the world an image that just fits with the desire of the viewers.

On another page named above, tercercamino.com, we can even see how Iran expresses its stance on the terrorist threat.

This website aims to provide knowledge about the Shiite branch of Islam; it is based on reporting the various activities and even blaming various corporations of conspiring against the Islamic Republic. It also penalizes the ISIS (Islamic State, Daesh in Arabic) of terrorist acts spreading an article on the statements of Deputy Foreign Minister for legal affairs, Sayed Abbas Araqchi. Sayed Abbas expressed saying that Iran condemns all forms of terrorist organization in his speech to the United Nations Security Council. These statements can be read under the title: “The Islamic Republic of Iran insists that the international community determine an overall strategy to address the ISIS(The Islamic State) terrorist group”. We will even be surprised to read that somehow blames against the US for not to taking a tough stance against international terrorism. Of course, let’s not forget that this can only be a strategy of ISIS which is the enemy of Iran and could well be the beginning of an strategy to defeat this organization alone, but we should never forget that Iran the country that condemns Terrorism, is the is the country that finances Hezbollah, it threatens to destroy Israel and it already put their cruel efficiency to commit terrorist acts in several countries.

To what extent Iran is loyal to its own ideology? Regretfully, the answer is: not much. What we can say is that Iran knows well how to attach their changes to the society that they want to reach, and in Latin America already succeeded. The problem is that in the Latin American countries do not seem to wake up against this threat. Who will be the next leader who can change this reality?

About the Author
Gaston Saidman was born in Argentina and arrived in Israel at the age of 12. After his Military Service, he served as the Chairman of the young Latin American Committee of Latin American olim Organization. Today he is acting as the General Manager of FOILAT Organization, which is developing a Parliament Lobby in the Israeli Knesset to strengthen the Diplomatic relations between Israel and Latin America. He is also involved in other activities such as the Smart Middle East Forum, and a new movement that will develop Public Diplomatic projects with other young and Zionist activist.
Comments