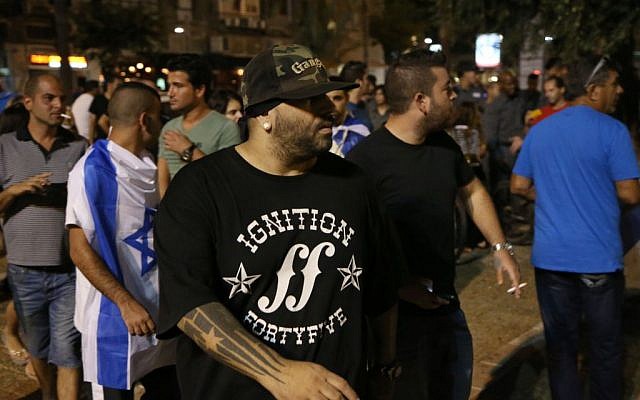 The reflective days between Israel’s commemoration of the Holocaust and the marking of its Memorial and Independence days are stressful and highly charged. This year, on the eve of the 50th anniversary of the 1967 war, they became exceptionally contentious. Solemn ceremonies were disrupted by name-calling, alternative interpretations were summarily debunked, and the quest for unity was conflated with an imposed uniformity. False analogies emerged as the most potent tools for muzzling pluralist voices.

Invented parallels between rival political camps are a proven way to create a manufactured consensus. But under the guise of balance, delegitimization is disseminated; under the cloak of a common core, dissent is discredited; and under the quest for equilibrium, diversity is condemned. Not all equivalences, clearly, carry the same weight. Not all comparisons are justified. And, surely, not every difference is equally objectionable. The continuous use of patently misleading symmetries has become the main means of officialdom to silence Israel’s opposition.

The statement by speaker of the Knesset, Yuli (Yoel) Edelstein, who at the moment of transition from the introversion of Israel’s tribute to its fallen to the extroversion of its national holiday, proclaimed that “not all the right is fascist and not all the left is disloyal” is the latest — and most egregious — example of this particularly malignant syndrome. His seemingly innocuous comparison was the culmination of a series of incidents that equate those who disagree strongly with government policies to those who make it their business to systematically harass them at every turn. The thrust of this assault is the intimation that anyone who does not agree with a monopolistic, ethnocentric and ultra-nationalist interpretation of what it is to be Israeli is, at best, unpatriotic and, at worst, the domestic embodiment of the country’s most objectionable enemies.

For the past few years, successive governments headed by Benjamin Netanyahu have hounded human rights organizations and peace activists who disagree with their policies. Alongside restrictive legislation and persistent public denigration, their spokespeople have frequently condoned blatantly racist acts at their right fringes — issuing reprimands only when these have gone beyond the pale. In this manner, they successfully shunted any serious criticism to the margins. The most notable (but hardly the only) victims of this campaign have been Arab citizens of Israel and anyone who promotes notions of a shared society in the country. Prominent among these targets are human rights and peace groups (especially Breaking the Silence and B’Tselem, but when convenient also Peace Now, The Association for Civil Rights in Israel, and other government watchdogs).

The assault against these organizations has escalated in recent months: the Belgian prime minister was berated for meeting with their representatives; the German foreign minister was shunned by the prime minister during his recent visit for daring to do the same (“I will not meet with foreign diplomats who legitimate extremist groups”). Breaking the Silence was barred from appearing in schools and other institutions. Further legislation against progressive civil society is already in the pipeline. And, always, conciliatory positions have been pilloried, just as their advocates have repeatedly been depicted as, in the words of Meir Kahane’s self-proclaimed successor, Michael Ben-Yair, “evil traitors.” “The Shadow,” the guru of media incarnations of these extremist nationalistic sentiments, put it succinctly: “We cannot give any room for a fifth column to flourish here”. By continually casting doubts on the patriotism (and hence fidelity) of those who don’t agree with the current government, it becomes easier to compare them with the most outrageous fringes on the right — those responsible for some unspeakably venal acts against Palestinians that even ultra-nationalists cannot defend.

This distorted balancing act came to a head around the commemoration of those who died defending Israel. Its timing is not random. Even on this most hallow of occasions, bereaved families who view Memorial Day as one of both personal grief and a common dedication to the Israeli values they hold dear (“liberty, justice and peace…full social and political equality of all citizens”) were censored as patently disloyal “collaborators of Israel’s enemies.”

Their alternative ceremony to the fallen, devoted to putting an end to enmity and to reconciliation with Palestinians, was disrupted by protesters who verbally and physically assailed participants. Just as most officials had previously refrained from condemning a shouting match between Likud parliamentarians and grieving parents in the presence of the prime minister, here, too, the dominant response of those in power, when not silent, was the highlighting of fallacious analogies.

The dynamic at work in drawing these parallels follows a distinct and disturbing pattern. After defining the enemy and identifying its purported domestic sympathizers, it takes only a small step to encourage their ostracism. By heaping rampant, ad hominem, abuse on those articulating constant reservations of current directions, they neatly avoid any engagement with the substance raised by opposition spokespeople. The most obscene verbal slurs rarely arouse official rebuke; violence against critics is too frequently ignored. The basic right of citizens to protest actions they find intolerable is thus neatly and quietly undermined, while the fundamental human values they convey are subordinated to one, hegemonic, version of Israeli nationalism.

Implicit in this fairly transparent process is the purposeful confusion between one’s own desired self-image and the complexities of what is actually taking place; between pipe-dreams and realities on the ground; between difficult truths and those who, almost at all costs, seek to avoid dealing with their consequences. There is no symmetry here and none should seriously be entertained.

The purpose of those involved in spreading false analogies — most of whom deeply embedded in the establishment — is first and foremost to solidify their hold on power through the creation and dissemination of an ultra-nationalist discourse that leaves no room for those who have a different, humane, definition of Israeli patriotism. The construction of this imagined consensus in the absence of social solidarity also serves the immediate needs of those at the helm: it deters substantive discussion, it forecloses debate and it bars alternative views and options. This mechanism, by equating the dangers emanating from “disloyal” critics with those spread by rabid fascists, is an especially effective — and offensive — means to entrench the status quo and avert any significant movement towards change both domestically and externally.

It is, however, impossible to keep circumventing much needed discussions by denouncing those who try to engage in these conversations. It is also foolhardy to attempt to erase the ramifications of 50 years of Israeli rule over another people against their will for generations of both Palestinians and Israelis. The rifts that continue to tear Israeli society apart can no longer be plastered over by self-serving parallels nor can they be elegantly sidestepped by targeting those who dare to highlight their implications.

All Israelis have in common their quest for a normal life and for a decent existence free of violence and fear. Their chances of achieving this goal are much better if they lend an ear to the multiple voices in their midst without prejudging their motives or questioning their commitment to the common good.