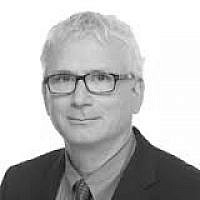 The Balfour Declaration is back in the news.

The news first broke on November 2, 1917 when British foreign secretary Arthur Balfour wrote to Walter Rothschild, a leader in the British Jewish community, to set out the British government’s support for the creation of a national home for the Jewish people. In a letter that went through several drafts before it was sent, Lord Balfour stated that:

His Majesty’s Government view with favour the establishment in Palestine of a national home for the Jewish people, and will use their best endeavours to facilitate the achievement of this object, it being clearly understood that nothing shall be done which may prejudice the civil and religious rights of existing non-Jewish communities in Palestine, or the rights and political status enjoyed by Jews in any other country.

The Balfour Declaration was a monumental step in the Jewish people’s aspirations for their own home. This was not a private piece of correspondence between two individuals.  This was a statement approved by Britain’s cabinet to express the Government’s “sympathy with Jewish Zionist aspirations”.  Lord Balfour asked that the declaration be brought to the knowledge of the Zionist Federation for whom Rothschild was its representative.

This expression by the British Government was historic and the declaration was celebrated widely across the Jewish world. In my own city of Toronto, the Balfour Building at the northeast corner of Spadina and Adelaide was named in honour of Lord Balfour. Balfour Beach, the cottage area on Lake Simcoe north of the city, was named in his honour. Girls born around that time were named Balfoura (a name that for some reason is not popular any more).

The Balfour Declaration and Lord Balfour himself were also celebrated in tangible items that are included in my collection of Zionist memorabilia which forms part of the world’s largest private collection of Theodor Herzl artifacts.

A postcard printed in Germany and issued in New York portrays the celebrities of the Zionist dream, truly an all-star team of dreamers and doers. Included among the familiar pictures of Herzl, Weizmann, Wolfson, Nordau, Ussishkin, Sokolov and Herbert Samuel is Lord Balfour. 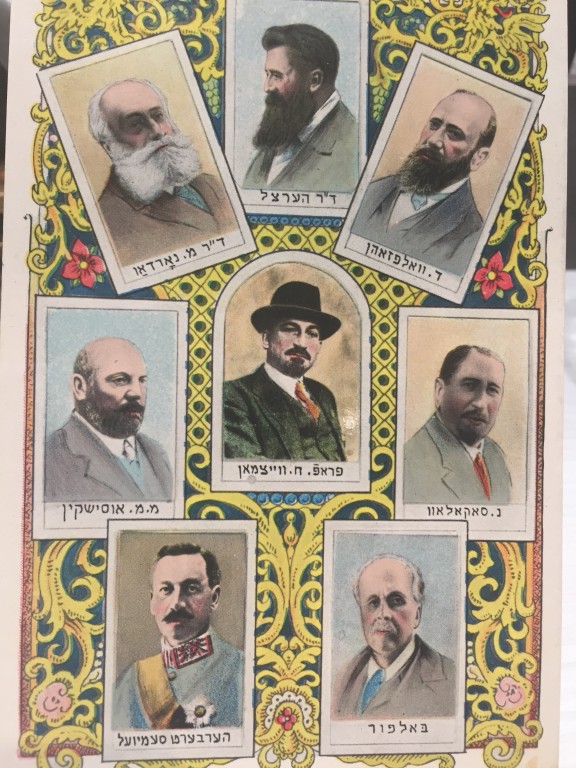 When Lord Balfour visited Palestine in 1925, his visit was memorialized in a series of postcards which included pictures from his visit to the Herzliya Gymnasium, the first Hebrew speaking high school in Palestine. Lord Balfour was in Palestine for the dedication of the Hebrew University on Mount Scopus in Jerusalem.   His interest in the Zionist enterprise obviously did not end with his famous declaration as he remained committed to Zionism and became a passionate advocate for it (interestingly, Balfour’s interest in Zionism did not begin with the declaration either as he was the British Prime Minister in 1903 when British Secretary of State for the Colonies Joseph Chamberlain offered Herzl the territory called Uganda for a Jewish state). 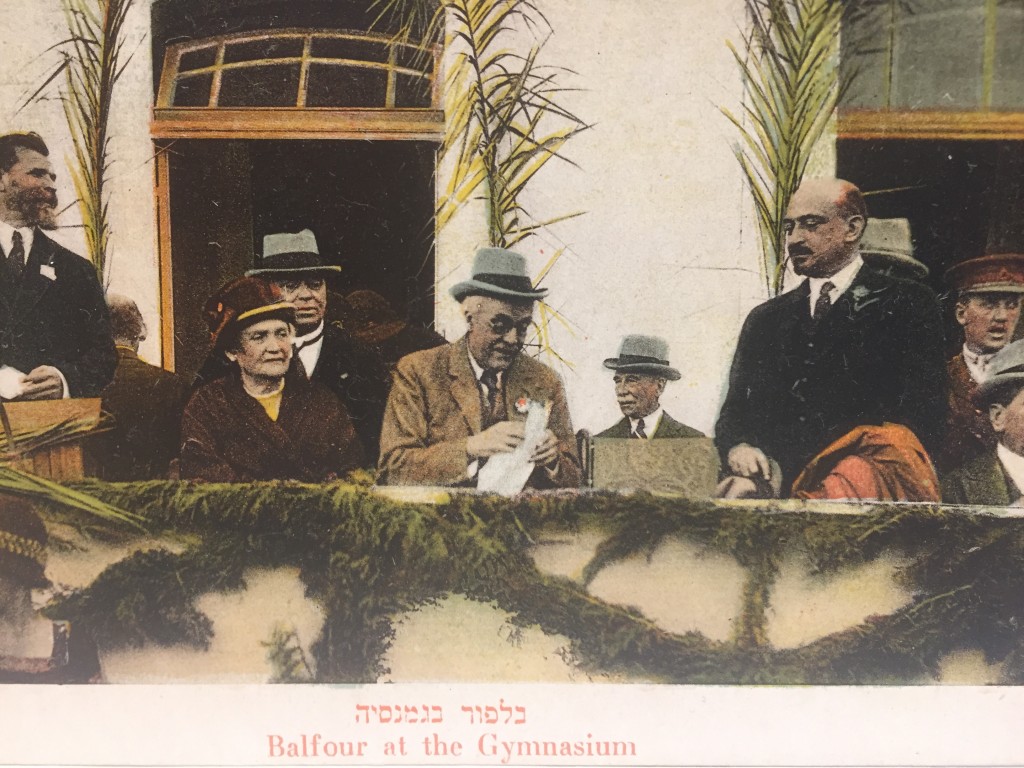 Postcard of Lord Balfour at the Herzlyia Gymnasium in Tel Aviv, 1925

In a special issue of the New Palestine magazine dated March 27, 1925 which was dedicated to the Hebrew University, Balfour wrote:

In no other case are the believers in one of the greatest religions in the world to be found (broadly speaking) only among the members of a single small people; in the case of no other religion is its past development so intimately bound up with the long political history of a petty territory wedged in between States more powerful by far than it could ever be; in the case of no other religion are its aspirations and hopes expressed in language and imagery so utterly dependent for their meaning on the conviction that only from this one land, only through this one history, only by this one people is full religious knowledge to spread throughout all the world. 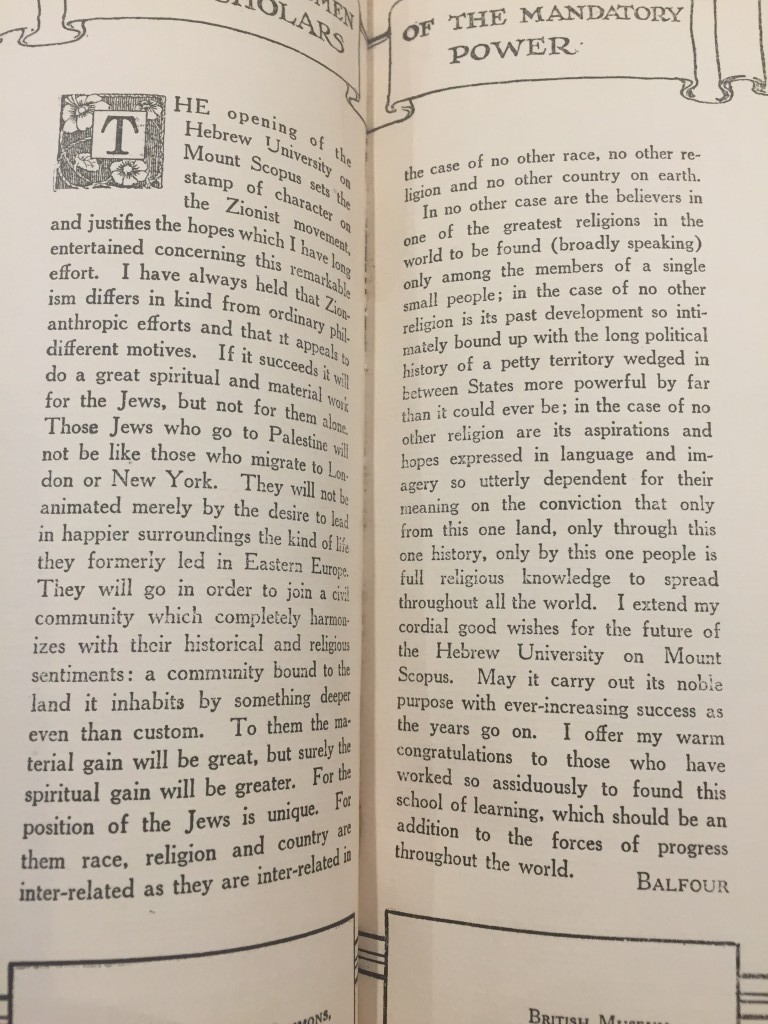 Lord Balfour died in 1930 and so did not see the creation of the state that was the subject of his declaration.

About the Author
David Matlow is a partner at Goodmans LLP in Toronto. He owns the world's largest collection of Theodor Herzl memorabilia and his Herzl Project is designed to inform people about Herzl's work to inspire them to work to complete Herzl's dream. David's weekly column Treasure Trove can be found at https://thecjn.ca/treasure-trove/ More information about the Herzl Project is available at www.herzlcollection.com
Related Topics
Related Posts
Comments