In times such as these, we support the Israeli soldiers and their activities, and hope that there will be peace so they can safely return home to their families.Yet, in a comprehensive battle in which we now find ourselves in during Operation Protective Edge, the actions of general public are no less important than military performance.

Behavior of the general public and our resilience are also of primary importance. How Israel is perceived in the Middle East, and to the world as a whole, is entirely dependent on our reactions. Our attitudes also influence Israel’s capacity in deterrence.

Israeli society has the opportunity, and in my opinion the obligation, to respond in two main ways:

The first response, and most important, is to stand together in national solidarity. Solidarity is a fortress we build with our words and actions in the face of those who rise up against us. We must push aside the domestic struggles of the day – and bring to light that what we share far outweighs that which divides us. 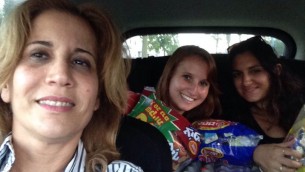 The second response must be patience and poise. We all understand that the current struggle is simply another link in the chain of Jewish national survival. However, every crisis, this one included, requires a complex analysis and treatment. There is hardly ever a  simple solution. We must be patient, allow the IDF to the time required to carry out their activities. We must avoid approaching this crisis from a negative angle and drawing conclusions too quickly, thereby allowing those involved the optimal conditions for success.

On Thursday, the Knesset Committee on National Security and Foreign Affairs, of which I am a member of, adjourned their meeting in a community center in Sderot. The goal was to hear from residents of the South of Israel and see how we could further help them during these trying times. 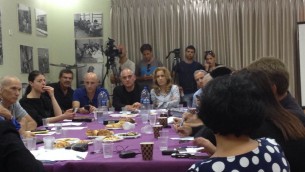 While Red Alerts and rockets punctured the air, I could not help but gain “chizuk” (strength), from those Southern residents who came to speak to us.  Although they are under constant missile attack, they approached the committee with poise and with an attitude of utmost resilience. They constitute a model of how the general public must act in these times.

A model for us all.

About the Author
Dr. Aliza Lavie served as a member of the Knesset for Yesh Atid between 2013 and 2019, serving as chair of the Committee on the Status of Women and Gender Equality. She is a senior lecturer at the School of Communication at Bar-Ilan University.
Related Topics
Related Posts
Comments