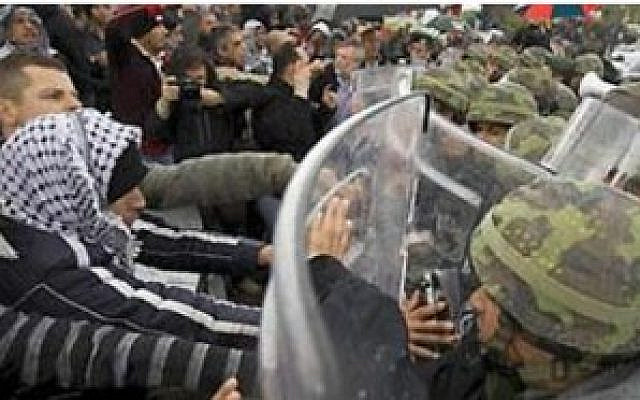 The Jewish people love history. But not all of history. We weep for the victims of the Holocaust, but we don’t look carefully at how the Holocaust came to be. We weep for the Temple on Tisha B’Av about the destruction of the temple, but we do not learn about how the temple came to be destroyed. At the cost of looking like I blame the victim, I would say it is as important to look at how tragedies occur as it is to grieve for the consequences. It is also telling of what we choose to ignore because what we ignore is often a painful reality that we could have done something to avert or lessen a disaster.

The ugly reality that we ignore is that the Holocaust has a link to American German Jews who resented the Russian Jews. Many German American Jews were happy with the Eugenics movement and actually used it to ban the immigration of East European Jews in 1924. The Exclusion Act would later prevent tens of thousands of Jews from finding a way out of Europe.  When the Eugenics movement lost popularity in the US, it found its way to Germany, funded by Rockafeller it became the basis of the Nazi party.

The NAZI party itself was not without Jewish support. Many wealthy Jews who feared expropriation by a Communist state supported Hitler financially to their own demise. Many also collaborated with him. I actually met a girl on a plane flying from Israel whose Jewish grandfather owned a munitions factory in Germany during World War II which allowed him a way to secure his family’s survival.

Going back further to Roman era, it was the actions of Agrippa, a Jew who used cunning and deceit to hold on to power in Roman Israel. It was his treachery that lead to the instability within the Jewish people, bringing about the Bar Kochba revolt that ended Jewish life in Israel for the next 2000 years and brought about our exile.

I argue that we are in a similar situation today. Benjamin Netanyahu came to power through division, attacking Yitzhak Rabin’s attempts to create peace, dividing Jews, enflaming hate that ended with the murder of Yitzhak Rabin and set off an Intifada that killed thousands when Bibi reneged on the deal with Yasser Arafat and used racism to fuel hatred on both sides.

Since then, PM Netanyahu used the state of  Israel to become wealthy and a semi-king. He, his wife and son after 20 years living as the prime family, have become so accustomed to the life of heads of state that they have become brazen with their theft and completely accustomed to life as royalty such that they cannot imagine living outside of it.

The Netanyahus are in a catch 22 similar to Putin. Israel is not a country that lets its heads of state off the hook with crimes, they will certainly pay for what they have done. So their only chance to stave off consequences is to remain in power.

The problem for Israel is that the only way to remain in power for Bibi is to continue with the British methods of divide and conquer. Bibi has been diving Jews from Arabs, Israelis from Palestinians, secular from religious, and educated from uneducated to great effect for him and disaster for Israel. The educated have been fleeing Israel in droves while the rest of the Israelis have been coming closer and closer to ripping each other apart.

Recently, Bibi realized that he doesn’t even have to win an election. A loophole allows him to stay as the head of state as long as there is a tie. This way he has continued to stay as head of state over the past four elections without actually winning any of them.  This means Israel has been without an effective and legitimate government for over two years.

Meanwhile, Netanyahu has continued to claim that Israel’s biggest foe is Iran. Even though Iran does not have the ability to get uranium enriched to the level needed or a method to deliver the bomb. Netanyahu has used Iran as an excuse to undermine a relationship with an American president and alienated the Democratic Party. He cajoled Trump who in return for an embassy move and Golan heights castrated Israel’s IDF such that Israel sat quietly as Hamas lobbed thousands of rockets all over Israel and Tel Aviv. Trump then withdrew from Syria, allowing Iran in, locking Israel into a war in Syria with Iran for the past four years, which lead to a shooting down of a Russian plane and a near collapse of that relationship.

Today, Israel is in the middle of a crisis. Its people are hopeless and they are fed up and they don’t trust each other. Palestinian youths wander around Jerusalem attacking Jews and Kahanist neo-fascist Jews rove Jerusalem and settlements in West Bank attacking Palestinians.

Paulo Coehlo in his book the Alchemist said that that which happens once, may not happen twice, but that which happens twice, is sure to happen a third. Israel has been invaded and destroyed at a time of strife and infighting more than once. If we don’t learn from those times and allow Bibi to continue to divide us, it may happen a third. And if you’d like to know what it is like for Jews to live without Israel, look no further than Europe in 1941. Bibi argues that Iran is Israel’s biggest foe, but it might be the other way around, it might be that Israel’s biggest foe, is the Prime Minister of Israel. Is King Bibi worth the price?