My name is Jonathan Chiche and I am a United Hatzalah volunteer EMT as well as the head of the French division of the organization. I was invited today by a friend of United Hatzalah, Axel Reby, to speak in front of a French delegation of the Women’s Zionist Organization (WIZO) in Netanya. During my talk, I showed the gathered group an hour-long documentary video that explains what United Hatzalah is and what we do. I invited my good friend and fellow French speaker Julien Marciano, a fellow EMT from Netanya to come with his ambucycle and talk about some of his past experiences volunteering, and how, as a volunteer, he could be called away at any time. 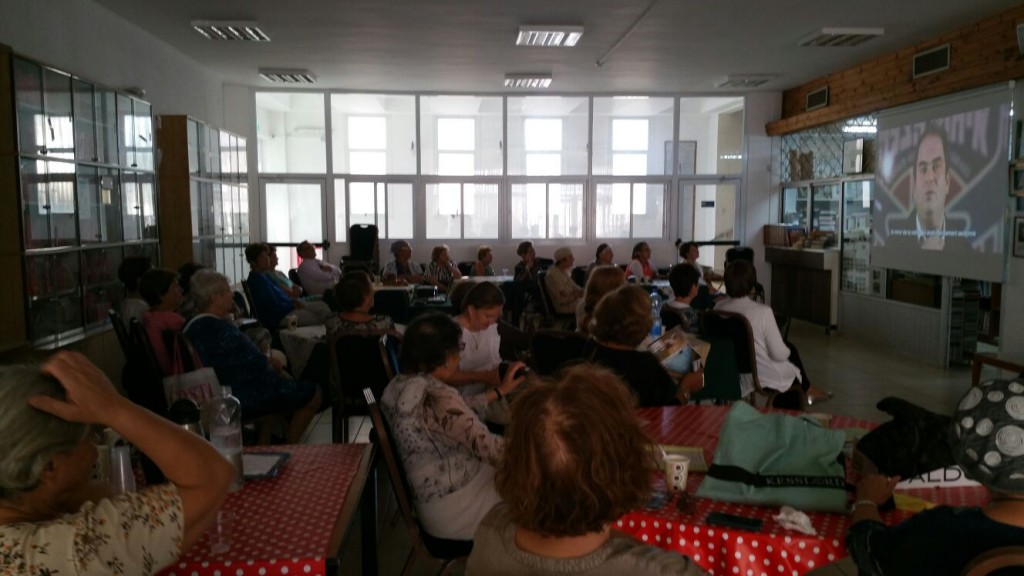 The crowd watching the documentary as part of Jonathan’s presentation

In an ironic twist of fate, five minutes into the screening of the movie our radios alerted us to an unconscious person on the nearby Usishkin street. Julien looked at me, jumped on his motorcycle and raced off towards the emergency, departing with sirens blaring from within the hall. The audience was stunned.

A minute passed and another call came across my radio. “EMT requesting backup.” I didn’t think too long about it. I darted out of the room and jumped in my car, leaving the shocked audience looking, as the representative of the organization that they came to hear speak, left them in the middle of his own lecture.

40 minutes passed and the person was still unresponsive. There was no pulse and they were not breathing. The situation looked bleak. The family is French-speaking and so I switched hats to take over as a representative of the organization’s Psychotrauma and Crisis Response Unit in order to be with the family and translate what the paramedic was explaining to them and help answer any questions that they may have. The family was in tears and they were praying.

Just as members of the EMS team were about to code the patient the man’s pulse came back. Our prayers have been answered. The team quickened their pace in order to get the patient on the intensive care ambulance that was waiting and sent him off to Laniado hospital for further treatment. 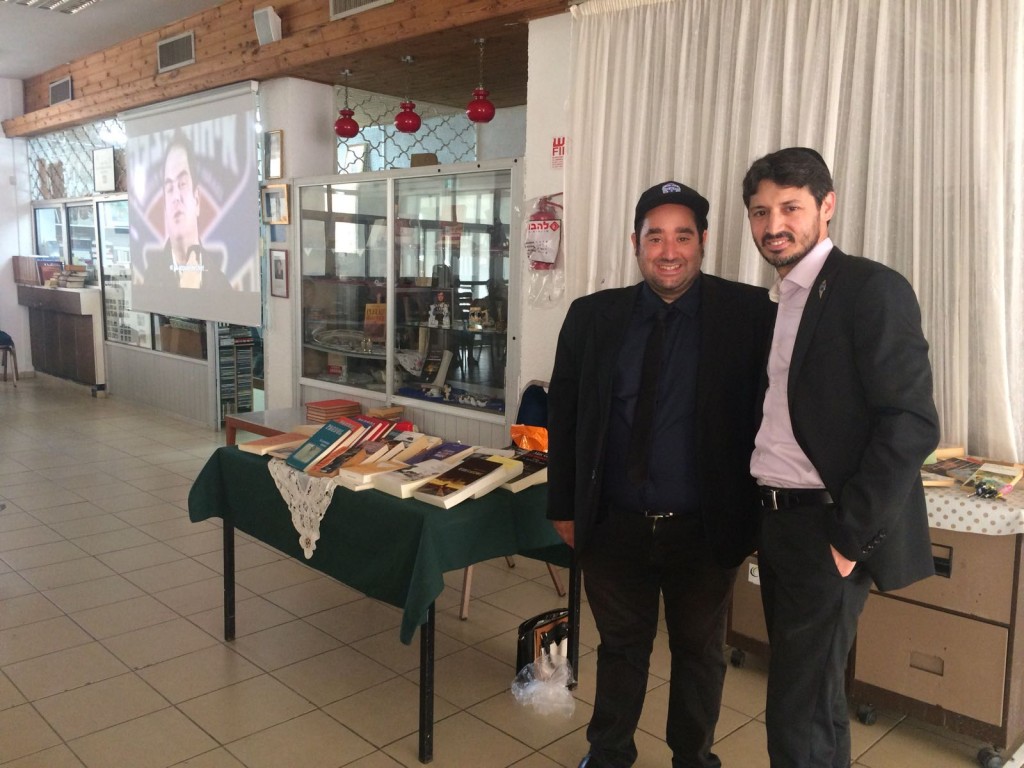 Jonathan and Axel just before the presentation began

Julien and I left to return to our lecture. An hour had passed. The documentary had finished five minutes prior and the event organizer was updating the gathered crowd regarding what had happened and why we had rushed out. As we walked back into the hall the crowd rose and we received a standing ovation. We were messy. We were sweaty. But we came back as heroes. We saved a life and the audience got to see that in live action without the need for a documentary.

About the Author
Raphael Poch is a Canadian-Israeli playwright, producer, director, actor and journalist. He is a volunteer EMT with United Hatzalah where he also works as the International Media Spokesperson and is the coordinator for the 'Ten Kavod' Project in Efrat.
Comments
Advertisement