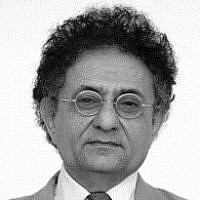 In late December, The Independent published an article about the bleak situation of the Christians in the Middle East. It had the right idea. The Christians in the Middle East are in trouble. They’re being slaughtered in dozens of different places and millions have become refugees or been forced to flee. Amazingly enough, however, the article was devoted almost entirely to their sad situation in Israel, of all places. “Will Prince Charles, the ‘Defender of Faiths,’ stand up for Christians in Israel?” read the astonishing headline.

Blogger Elder of Ziyon has enumerated lies so egregious – and there are many – in this manifest masquerading as an article (also published here in Hebrew). They saved me the trouble of having to refute the lies myself. Not a single Christian in Israel is being persecuted because of his religion. There has been no pogrom. Israel’s Christians are fully integrated at the top of their professions as physicians, lawyers and judges. The Israeli Christian community is a minority that in many areas, such as higher education, has made remarkable achievements. Even more so than the Jews. They do not need any Prince Charles or The Independent to defend them. But somehow, the author of the article and the newspaper have managed once again to turn the situation on its head and make truth lies and lies truth.

They have created a new reality: The only place in the Middle East where Christians are prospering and thriving has been turned by the industry of lies into a place where they are in trouble. I have to admit that there is something deeply discouraging about articles such as these, which are no more than modern sequels to the Protocols of the Elders of Zion.

What is intriguing, however, is that the author of the article in the British newspaper is named Mira Bar-Hillel, a Jewish woman and former Israeli. It turns out that she belongs to a not-new breed of Jews. One may not criticize Israel, she once complained, because any such censure is immediately perceived as anti-Semitism. This is a familiar argument, one that is even justified in some cases. The problem is not with criticism. The problem is with lies. And her “article” is an outstanding example of the fact that the problem is just the opposite: The anti-Semites want to spread blood libels and escape attack with the claim that they are merely criticizing.

Bar-Hillel, as shown by CIF Watch, a media watchdog organization, is one of the few Jews that identifies with the self-declared anti-Semite Gilad Atzmon, another former Israeli who is doing his best to warn the world of the dangers of international Jewish conspiracies.

There have always been Jewish anti-Semites. Now some Jewish-Israelis have also joined the list. Serious mental illness can probably be found among all human communities. The problem is that one of those suffering from the illness is publishing her drivel in a newspaper that purports to be normal. It’s no secret that The Independent is an anti-Israeli newspaper. That’s no news to us. The problem is that giving a platform to Bar-Hillel so that she can publish a manifest that is one big lie makes it clear that the newspaper is not only anti-Israeli. It is already drawing dangerously close to an old and well-known disease. Anti-Semitism.

About the Author
Ben-Dror Yemini is a senior journalist with the Hebrew daily Yediot Ahronoth who lectures about the spread and impact of anti-Israel propaganda. He can be contacted at bdyemini@gmail.com
Related Topics
Related Posts
Ben-Dror Yemini
Comments 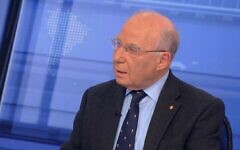