“The wicked child, what does he say? [He asks], ‘What is this service to you?’” This is the infamous question that has deemed this child to be eternally labeled as the “Wicked Son”. This is the question that the sages have deemed so antithetical to Judaism that we are instructed to “blunt his teeth” and remind him “If you had been there [in Egypt], you would not have been saved!” 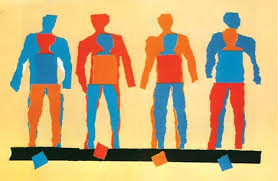 As I prepare for the upcoming Seder, I wonder how a single question can somehow reflect an entire child’s personality. Also, why does a Jewish tradition that often values questions more than answers act so harshly towards this child’s question? Is it possible that we have tragically misunderstood this child for centuries?

The rabbis believed that his question inferred that he had dissociated himself from the Jewish people and did not include himself in the responsibilities that Judaism entails.  He asked what the service meant to everyone else, but not himself. “To you, but not to me!” Perhaps though he just simply wanted to know what Judaism meant to the people at his Seder. Maybe he had not yet formed his own Jewish identity and was looking to the people around the Seder to inspire him.

Do we ever really take the time to share with others what Judaism means to us? We teach about ideas and rituals, but what about our own feelings and emotions? These deeply relational aspects of Judaism play such a formative role in shaping Jewish identity. Perhaps if the wicked son knew why his parents insist on walking the 2 miles to synagogue  every Shabbat in the snow or rain he would also feel inclined to make that same walk with his future family. Maybe knowing why his Bubbe and Zayde want to sit around the Seder table after they survived the Holocaust would deepen his appreciation for Judaism.

The wicked son is not the only one who wants to know how others relate to their Judaism. The wise child uses that same language as the wicked one. “The wise child, what does he say? [He asks], ‘What are the testimonies, statutes and law that God our Lord had commanded you?’” He is also curious about everyone as he stresses “commanded you” and not himself. The simple son also just wants to know the deeper meaning behind everything, he asks, “What is this?” All of the kids just want to know why Judaism should be important to them. They know what Judaism is and how you practice it, but they need to know the why. They want to taste it. They want to feel it, but we have to tell them. This is the work of Seder night.

By responding to the wicked child with such anger we risk him never coming back to the Seder. All he wants to know is what Judaism means to us! Now he is at risk to become what the Lubavitcher Rebbe called “The Fifth Son”, the child who is so alienated from Judaism that he no longer even comes to the Seder. He wants nothing to do with Judaism because Judaism has failed to give him an answer he so desperately wants. Instead of shunning the wicked son we should see Seder night as a unique opportunity to educate. Who knows, maybe we’ll even reignite a spark within us as we reexamine our own Jewishness.