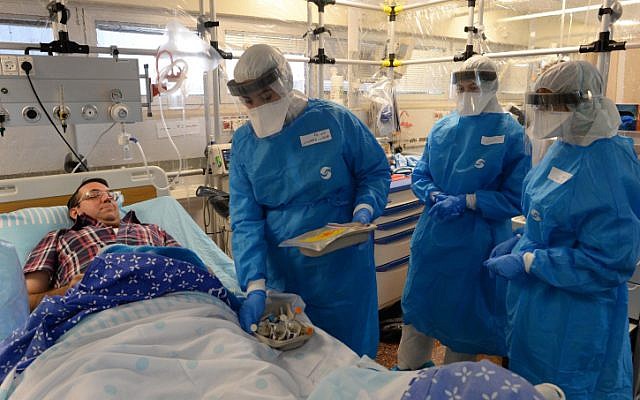 I am very proud of my uber-geek status. I actively search out the strange and extreme within the sci-fi and tech world. The medical part of me is a reminder that success in the real world is measured in very simple terms: a “satisfied client”. So, it’s all right for me to spend a couple of hours reading an amazing series of comic issues about the Norse god Thor fighting off an armageddon. But after this mental “candy” has been consumed, it is time to return to reading about medical innovations and updating my clients’ products.There is a TV show that just completed its first season called “The Strain”. It is very hard to come up with a new take on the whole vampire realm, and to make it sufficiently interesting and entertaining to maintain an audience. I personally think that this TV show has succeeded. It is founded on the principle that vampirism is effectively an infectious disease. This, in and of itself, is not an original idea and has been “proposed” in past sci-fi shows as a real-life(?) explanation for how vampirism could exist [see the movies Blade the Vampire Killer for a detailed exegesis on this topic].

In any case, in this TV show, the CDC becomes involved with chasing vampires because initially, the vampires’ first presentation appears to be some type of environmental or infectious calamity. Despite the premise of the show, its various episodes are a good reminder of the fact that best intentions can still be thwarted by internal politics and limited thinking on the part of those in charge. At the same time, the show reminds us that one voice in the dark can make all the difference.

I have written many times already on Ebola and I will not go into it again. The virus continues to be a killer of significant proportion in West Africa. The actual number of people dead from the virus does not even come close to those who die from hunger and simple infections every year in Africa. And as long as the Western world is safe, it seems that the vaccine and cure are less urgent. But many people in the CDC know full well that such a virus can mutate and can almost magically spread with little warning if any. These knowing people in the CDC tend to sleep with one eye open while most of us enjoy the late late show.

Recently, another virus, Polio, reared its head. Initially limited to the African continent, this new spread of the disease made its way into Israel. I have noted before that Israel should have been awarded countless international prizes for having identified the virus in Israeli sewage water and re-vaccinating the population. These steps stopped the spread of the virus in its tracks. Despite some limited play in the printed, digital and TV media, worry over such a virus seems to have faded as quickly as it was dealt with by the Israeli health services.

The success of stopping Polio is a classic example of what is called, in the tech world, the “operating system syndrome”. Operating systems are the software that make what we do with computers possible. Windows and iOS and Android are all operating systems, not just brand names. But we tend not to think of them until they crash. We ignore the millions of hours of human work that went into developing these systems, until a file we were working on is lost. If you want to go down in history as the most important but unknown person who ever lived, design the perfect operating system that never crashes.

The health services in Israel are scrutinized a regular basis. But their handling of the Polio threat was nothing short of a super heroic success. Things worked. A threat was identified (by the continuing Israeli protocol of testing wastewater) before it could hurt anyone. The threat was totally negated via a countrywide organized program to quickly vaccinate the child population. These actions saved the rest of the world from the spread of the virus. Even Superman rarely has such a definite and clear victory.

I believe that people in the CDC and in the infectious disease community did take note of this tremendous success. As unglamorous as it is, testing wastewater is a key element of keeping everyone safe. It should be greatly noted that Israel, at the time of the Polio resurgence, was the only westernized country that had kept testing for this virus. Had the Polio virus first made its way to anywhere else in Europe or the Americas, it probably would have been missed until people started dying!

A recent article appeared in Forbes magazine specifically related to identifying the DNA of diseases in wastewater. I wish I could give you a direct link to the article, but I cannot. The best I can do is say that it appears on page 56 of the December 29, 2014 issue of Forbes magazine. By the way, I now read Forbes on a regular basis via a website called Zinio (and I do not have any financial connection to this company whatsoever). Zinio is a great place to find digital versions of all types of magazines. I don’t kill trees and I get to read what I like.

I will quote one line: “Disease prevention and map-making have been inextricably intertwined since 1854, when an English physician named John Snow plotted a cholera outbreak on a grid to locate-and shut down-a bacteria-tainted water pump, inventing the modern science of epidemiology along the way.”

So, as far back as 1854, tracking outbreaks was recognized as critical to the public’s health. Today’s technologies allow for far more efficient and automated solutions to this tracking need. The modern version of John Snow’s tracking system will be to scan “snippets of DNA in waste-water”. These DNA sequences can be matched to known diseases, almost in the same way as human criminals are fingerprinted. If such sequencing was constantly being done in the sewage systems of every significant population center in the world, one could have an automated map of disease spread throughout the globe.

In order for such a worldwide system to work automatically, you would need sensors that are cheap enough and small enough to be installed in every wastewater site. One new DNA sequencer (made by Oxford Nanopore) is a thumb drive that can extract DNA sequences on site and quickly. In a few years from now, this technology will probably be even smaller, cheaper and more easily installed. And, there will likely be a number of competitors that provide similar or even better options.

The day will soon come when anyone will be able to go on to a website and see a real time display of locations all around the world, with a full listing of infectious diseases that are active at those locations. The data from such worldwide sensing will likely be available in a raw format. There will be new companies that arise that take this raw data and combine it with other vast data sources and present views of the world that were never before imagined.

For example, at the simplest level, you will be able to track per-house income and the rate of spread of influenza. You will be able to see the concentration of restaurants versus the spread of whooping cough. The correlations made possible by such a system are endless. And there will be a need for tools and advanced analysis systems to find which correlations are in fact causations. In other words, IBM Watson, for example, will generate a statement that says “immediately isolating a child, with a new onset cough, who has just presented to daycare, will reduce the spread of whooping cough by 30%”. I have no idea if this statement is true, but the sum total of all of this monitoring and data analysis will be such a clear and valid statement.

These systems and the people who design and run them, will likely remain mostly anonymous. There will be no front-page article that speaks of the lack of disease spread of a given pathogen. I think it is fair to say that tragedy still sells newspapers. Hopefully, in the not so distant future, newspapers will have much less to write about.