Last week I was honored, together with Deputy Minister Michael Oren, to address the crowd of Lone Soldiers, families, volunteers and supporters of the newly inaugurated Lone Soldier Center in Memory of Michael Levin in Jerusalem. At the conclusion of the opening ceremony a tall skinny soldier, wearing the beret of the elite Golani unit on his shoulder, approached me and thanked me for my motivating presentation. I noticed that his English was thickly accented. I asked where he came from, and he replied Boro Park, Brooklyn, New York. Immediately I sensed that there was a backstory, but I could never have guessed how epic, fascinating and tinged with sadness it would be. I asked Sergeant Chaim if I might interview him, and the incredible and inspirational tale that follows is based on the transcript of that interview.

Sergeant Chaim was born into an illustrious tight-knit Satmar Hasidic family in Boro Park, Brooklyn. His great-grandfather was Rabbi Moshe Teitelbaum, the nephew of Rabbi Joel Teitelbaum, the Satmar rebbe. He has 10 siblings and spoke only Yiddish until he was 16. In his own words:

I was about 10 and really not happy, I didn’t connect to the praying or way of life. When I was 11, I went to Israel for the first time for my cousin’s wedding. I walked off the plane and saw the “Aleph Bais” on all the signs and religious soldiers with guns. I was here for 10 days and then I went back and only thought about Israel.”

As a teen, he went to his uncle’s yeshiva in Bnei Brak. But, according to Chaim, they watched him during the day and locked him up at night. After a year, someone gave him newspapers and started telling about the outside world. Then people at the yeshiva figured out that he wanted to connect to the outside world and sent him back to Monroe, NY, to a yeshiva there. He bought a smartphone, which, according to Chaim, “is extremely illegal.” He started looking up Israel and IDF on YouTube and Google and he started working out.

When he was 17, he decided that he wanted to get out. But he knew that most of his friends and family would never speak to him again. 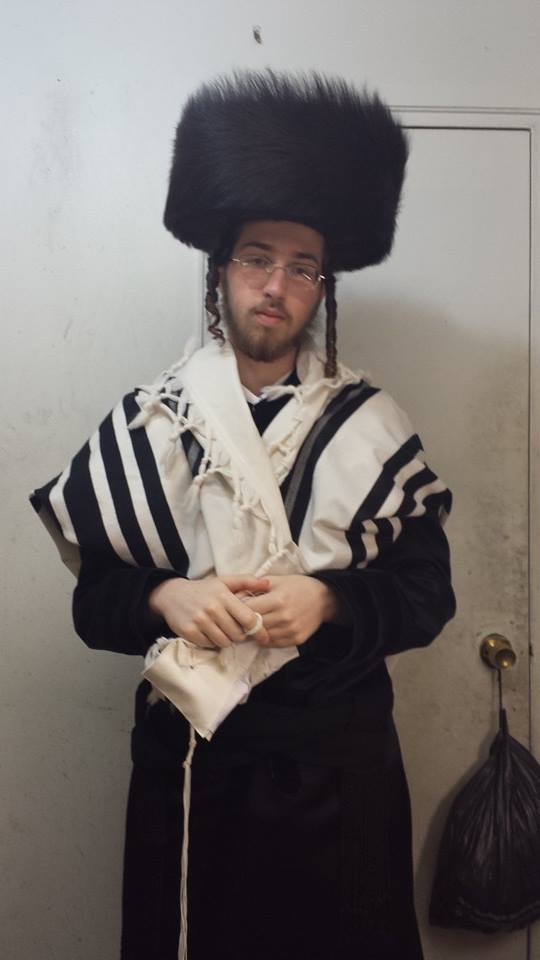 He felt that if he was going to leave, he wouldn’t be a failure. He went to a rabbi he respected in Williamsburg to explain to him that he didn’t want to be in this community. The rabbi said that the problem was that he wasn’t married. The rabbi told his father, who straightaway organized him a “shidduch” (arranged marriage). He was given 30 minutes (and then another 20) to “get to know” his future wife. He was engaged that night! He couldn’t even speak to her about his thoughts that he didn’t want to be a member of that ultra-Orthodox community. He tried to get out of the arrangement, but he was emotionally forced to the chuppah (wedding canopy). He was 18 when he got married. Then, after only six weeks, his new wife informed him that she was pregnant. In Chaim’s own words:

I was freaked out, I didn’t know my wife and we had nothing in common. If I didn’t leave her then, I would have a baby a year and be trapped forever. I started getting in touch with the organisation “Footsteps” (which helps ultra-Orthodox Jews transition to the outside world). We were separated after five months and I was banned from seeing my daughter or family.”

Meanwhile, he was reading more about the army, mainly in the local library, but his English was bad and his Hebrew didn’t exist. He just knew he wanted to be a combat soldier. Someone in the organisation Footsteps helped him find army contacts. He got himself a passport, and came to Israel by himself, and signed up to join the army. He failed the Hebrew test and went to Michvei Alon, the IDF course for new immigrants. Then, incredibly, he passed the try-out to Sayeret Egoz, one of the most elite units of the IDF.

Chaim told me that his army buddies don’t understand his story or the world he comes from. He visits the Lone Soldier Center almost every time he is on furlough.

For one who serves as a chayal boded (Lone Soldier) in a combat unit, there is a tremendous amount of psychological, physical and emotional stress in a high-pressure unit so far away from family and friends. To honor Michael Levin, an American-Israeli paratrooper originally from Pennsylvania who was killed in the Second Lebanon War in 2006, and all the Lone Soldiers, his family and many friends, together with other former lone soldiers have opened four Lone Soldier Centers. The centers operate branches in Jerusalem, Tel Aviv and Haifa. They provide many critical services to lone soldiers such as, helping to finding housing, acquiring furniture, organizing Shabbat and holiday meals, counseling and, most importantly, a place to feel at home. 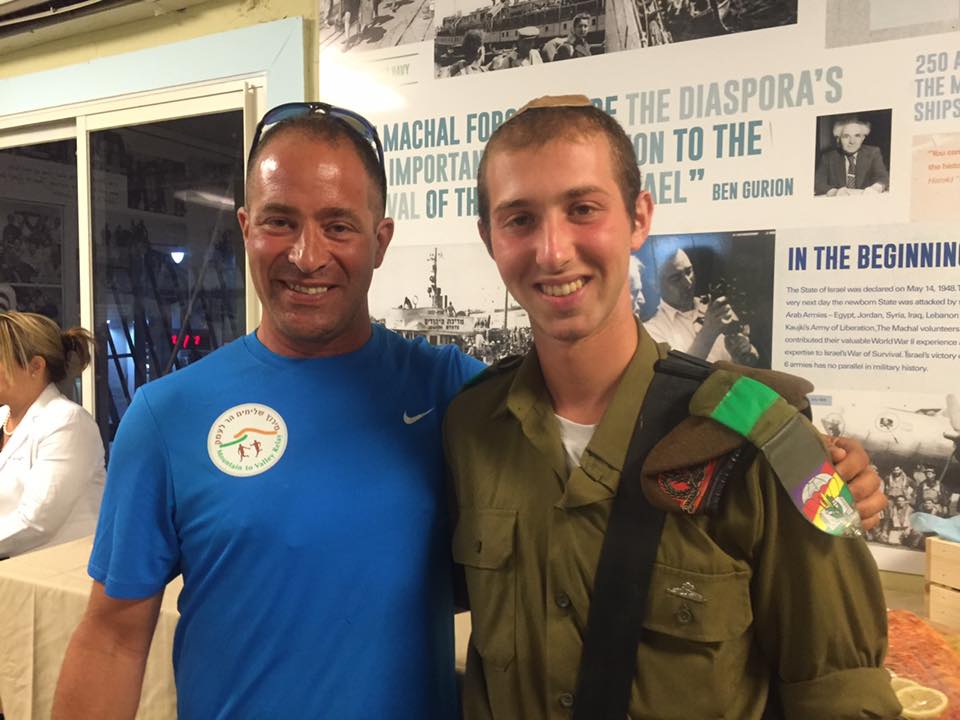 Sergeant Chaim and Tuvia at the Lone Soldier Centre in Memory of Michael Levin (T. Book, 2016)

Sergeant Chaim is an inspirational example of someone who utterly left his comfort zone and moved thousands of miles in order to accomplish something he deeply believed in: the honor of serving in the IDF in order to protect the homeland and the Jewish people throughout the world. He is doing exactly what he wants to be doing and he is exactly where he wants to be. He has no regrets.

Chaim strongly believes that the future of the Jewish people will be played out in Israel and he wants to be a part of it and not an outside observer. Nor are his dreams complete; he hopes to become an officer in a combat unit.