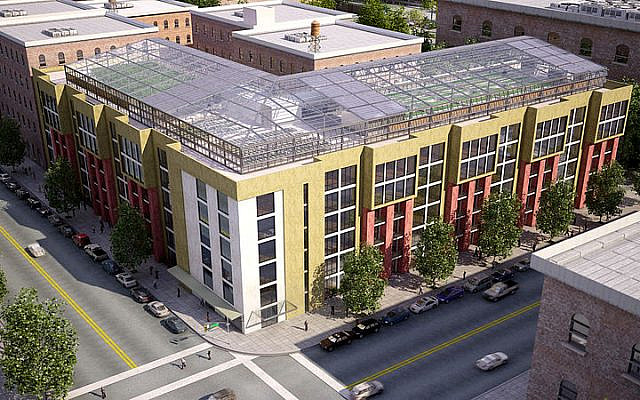 Last year, in the wake of the George Floyd protests, the Weekly Review in the New York Times focused much needed attention on the racial consequences of geography in America. Whether in wealthy urban census tracts, or affluent ring suburbs, people of means have isolated themselves from less fortunate Americans.

In the case of the suburbs, the economic segregation is de jure, not merely de facto. The Kerner Commission in 1968 found that we were moving towards two societies, black and white, separate and unequal. While more affluent minorities have now gained some footholds in some suburbs, the Times found correctly that economic segregation has intensified. It has racial consequences. And it is rooted in law. And as we Jews have moved to the suburbs, we have become part of this way of life.

De jure economic segregation in which zip code translates into destiny has largely resulted from exclusionary zoning patterns that exclude higher density housing and require development on wasteful large lots. Add to this is the opposition of wealthy so called populists that inevitably confronts and often derails denser developments even where zoning allows them. Two acclaimed scholars, William Fischel, recently retired economics chair at Dartmouth, and Sheryll Cashin, an endowed chair professor at Georgetown Law School, have developed colorful descriptive terminology for the de jure class segregation practiced throughout the United States. Cashin in a 2000 article, called it the Tyranny of the Favored Quarter. Outer ring suburbs, she found, open themselves up to the goodies, like upscale housing, business parks, and commercial areas, while shunting aside less economically favorable uses that might accommodate working class people, like apartments and God forbid, manufactured home parks. Such towns profited from municipal fragmentation in metropolitan areas.

Fischel’s many books and and articles describe the Home Voter Hypothesis. Imagine, he says, that local voters in say, Indian Hill, the Cincinnati suburb mentioned in the Times piece, are actually like corporate shareholders in their local government. They seek to increase profit by attracting tax ratables and high income persons. They control costs by exclusion of denser housing which might produce school children and admit residents who have need for services, like fire, police, in truth, Fischel’s hypothesis is ill-named: it is not conjecture but reality throughout our country, There are thousands places in this country which, as the Times said, skim off the cream of the metropolitan economy. They would not exist but or the regional economy but they mine that economy for their own narrow benefit.

The favored quarter, where many liberal Jews live, is so effective that its stranglehold over metropolitan life rarely gets noticed in most of the country. Once in a blue moon, we see something. When Ed Logue in New York in the late 60s proposed a few 100 unit low cost developments in Northern Westchester, the hue and cry went over the top. The locals acted as if their entire world would be shattered by a few modest sized developments in large suburban areas. Likewise, the initial reactions to the Mt. Laurel decision in New Jersey to this day engender comments about assault on suburban autonomy. Governor Kean, a moderate, called Mt. Laurel communistic. All the New Jersey Supreme Court in Mt. Laurel ever said was that the power to zone did not include the power to choose your neighbor.

Some places, like New Jersey albeit somewhat grudgingly, have stood as an honorable exception to this neglect. The Mount Laurel doctrine, for all its complexities, and despite all the complaints, has reminded us here that we owe something to the broader economy and its diversity. The affordable housing requirements have at least produced some 65000 houses that have cemented the idea that wealth should not always dictate geography, that zip codes are not always destiny. It is ironic that Mt. Laurel itself, which once fought to exclude and even expel its own Civil War era historic local African American community, finally accepted its fair share and built a highly successful full affordable development, the Ethel Lawrence Homes. Despite attacks by a divisive and now defeated president that such homes are scary and ruin the suburbs. Mt. Laurel was just named by Money Magazine as one of the most desirable places to live in all of the United States. Bridgewater, another town which has accepted affordable housing, also made the list. That our suburbs have been relatively open to change may be one of the reasons why protests in New Jersey never descended into chaos.

But why were so many people shocked, including us Jews, by the revelations of police misconduct that sparked protests. Why have so many focused on the rumored but non-existing ties between Black Lives Matter and Marxism-Leninism? Forty years of suburban isolation have born poisonous fruit. The shock comes because so many of us, as we have moved to the suburbs, have distanced ourselves from the less fortunate portions of our country. We have no idea what goes on and non-affluent places. It took the murder of George Floyd on tape to wake us up that while most police are good, there are some bad ones who have become accustomed to getting away with harassment and even murder. Other cases show that and that there has never been adequate training or back up to help police officers deal with mental health crises.

There is no federal constitutional basis for local home rule. In fact the US Supreme Court has repeatedly held, in century old cases like Trenton v. New Jersey and Hunter v. Pittsburgh that the Fourteenth Amendment does not protect local home rule. Yet most suburbanites think that isolation through what the town mentioned by the Times euphemistically called the “firm administration of zoning ordinances” is a God given right.

A final irony. Many of the most exclusionary communities, particularly in California, flaunt their political liberalism. It’s about the environment, we hear, after the recent defeat of SB 50, a California measure which would have required towns to allow denser housing along transit routes. No, it is not. It is about the self-centeredness prevalent in much of the favored quarter in our country, and the resulting de jure economic segregation and isolation that enable the official misconduct now coming to light. Hopefully, the idea underlying the Mt. Laurel cases and reflected in the election of joe Biden, that we are one country, not blue or red, rich or poor, or black or brown or white, but all together, will guide our thoughts and actions in our communities from now on.