Digging in, Hamas believes time is on its side | The Times of Israel    ‘The terror group’s military wing calculates that world opinion, and mounting Israeli frustration, will ultimately work to its advantage’

Hamas may well be correct in this assumption. The present situation and that of the conflict in general would tend to support this analysis, providing them with an inducement to keep on going in the sure and certain conviction that they must win out in the end.

World opinion has been coming down on the side of the Palestinians for quite some time. In fact, there has rarely been an occasion in recent memory when such has not been the case. That Israel has done or seems able to do very little to counteract the formation of this global preference would indicate a woeful lack of imagination and mental agility on its part.

To bring the world onside at this very late stage in the game, Israel has to demonstrate total commitment to a permanent and rock-solid solution, one that may yet address all the fundamental issues that have divided Palestinians and Israelis down the ages. Only in such a manner could universal acceptance of the Israeli rationale for existence and continued development then be readily countenanced by virtually every inhabitant on the planet.

www.laxiankey.com – ‘ for those of us with better things to do.’.

As the missiles and rockets speed back and forth across the skies in Gaza and Israel today, it may be of some comfort to know that, looked at in a more stylised manner, these may very well represent the last of their kind, fast becoming relics in a world that will finally have moved on to far more effective methods of conflict management. 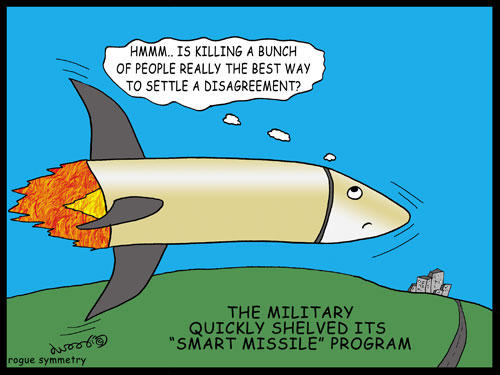