Is international support for Israel’s Gaza campaign waning? | The Times of Israel  ‘The world is ‘almost unanimous in its disapproval of Netanyahu’s massive use of force,’ former top US official says. Others believe key leaders see why Israel has to fight’

This is, of course, a no-win situation for Israel. It’s probably much the same for the Palestinians if truth be told. Large areas of Gaza seem to have been laid waste, hundreds are dead and, among the casualties already listed, a significant number of these must soon add to that tally.

So, can there be a dismount procedure here for either of the two sides? Or has the bloodletting gone too far for the sort of climb down needed in the run-up to a ceasefire?

Perhaps there are now no longer any internal mechanisms whereby the intensity of this conflict can be returned to the relatively slow simmer that characterised events prior to so much of what has happened recently.

In that case, what EXTERNAL forces can be brought to bear upon the situation, one so prone to spontaneous combustion that it has long been the despair of international bodies worldwide and locally based organisations still trying to clear up from the last time this happened?

Since all attempts at what might be described as minor surgery have proved to be of no avail, a much less delicate approach from the outside may yet yield far better results.

And simulated warfare, as opposed to the real thing, is sure to get maximum support from every nation on Earth. Especially if it can be deployed in theatres of conflict well beyond Middle Eastern shores. 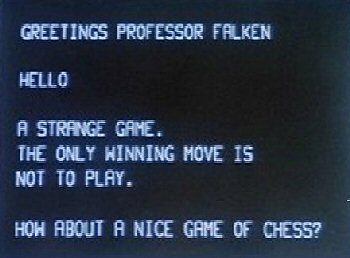