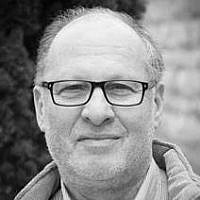 The Blogs
Elan Ezrachi
Apply for a Blog
Please note that the posts on The Blogs are contributed by third parties. The opinions, facts and any media content in them are presented solely by the authors, and neither The Times of Israel nor its partners assume any responsibility for them. Please contact us in case of abuse. In case of abuse,
Report this post. 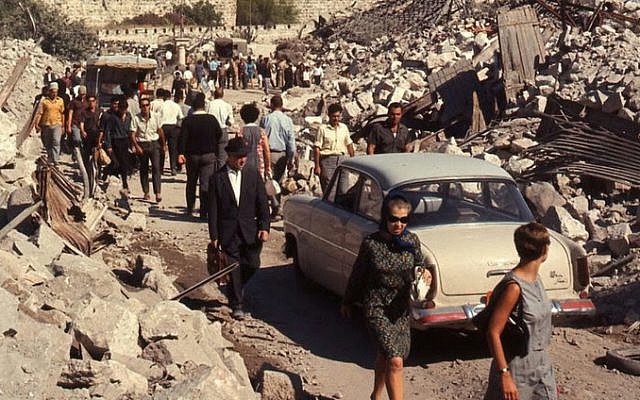 In the epic tale of the 1967 Six Day War, the Jerusalem chapter stands out as the most dramatic. The warfare in Jerusalem lasted a mere 48 hours, but the military operation had far reaching consequences. Between June 5th and 7th 1967, the city of Jerusalem was utterly transformed. For the first time in modern history, the entire area was under Jewish control. The Israeli leadership had to act fast, and make decisions that would determine the fate of the city for decades to come. The prevailing thinking in those days was that a narrow window of opportunity was open that would enable Israel to solidify Jerusalem’s unification. The expectations were that international pressure would force Israel out of most of the territories that had been gained in the war. Hence, the Israeli government was eager to maximize the achievements in and around Jerusalem.

Israel was unprepared for what had happened. Prior to the war, its leadership did not foresee a scenario whereby Jerusalem would be united, nor had they anticipated that the Jordanians would enter the War. On June 5th, when Israel launched a surprise preemptive attack on Egypt, the children of Jerusalem went to school, myself included. Jerusalem was not expected to become a battleground and the division of the city was expected to remain in place for the foreseeable future. The assumption was that the war would be focused primarily on the Egyptian front.

All that changed when the Jordanians unexpectedly launched an offence in the morning hours of June 5th. The Israelis reacted swiftly and within a few hours they realized that an opportunity was emerging to bring down the barriers and reunite the city. The heads of the political and military echelons shifted their orientation and managed to divert forces to Jerusalem and to conquer the eastern part of the City within a remarkably short time. On Wednesday, June 7th, Israeli Radio announced that the battle in Jerusalem was over and residents were allowed to leave the bomb shelters. History was made in those 48 hours.

This morning, the Israel Defense Forces liberated Jerusalem. We have united Jerusalem, the divided capital of Israel. We have returned to the holiest of our Holy Places, never to part from it again.”

Historians all agree that no such statement existed in the notebook of any Israeli leader. As a matter of fact, some Israeli leaders were concerned that the military gains in Jerusalem would impose an intolerable burden on the State of Israel. This hesitation is reflected in the second paragraph of Dayan’s June 7th statement:

To our Arab neighbors we extend, especially at this hour, the hand of peace. To members of the other religions, Christians and Muslims, I hereby promise faithfully that their full freedom and all their religious rights will be preserved.

Nevertheless, the Israelis were not ambivalent about Jerusalem from that point on. As soon as the war was over, the government of Israel made the unification of Jerusalem a top priority and began to apply this decision on the ground. Within a few weeks, the parameters were set: first, Israel set new boundaries for the city, far beyond just adding what had been Jordanian east Jerusalem to its Israeli west Jerusalem counterpart. The new municipal boundaries swallowed portions of the West Bank thereby expanding the area of Jerusalem to 127 square kilometers, the size of Paris; second, Israel declared all parts of these territories to be henceforth under Israeli sovereignty, with Israeli law applying to the territory and to the residents; and finally, within this process, Israel absorbed 70,000 Jordanian Palestinians, who were now residents of the newly redrawn Jerusalem municipality. These Palestinians joined the 200,000 Jews who resided in West Jerusalem. The two hostile populations were now sharing a new urban space.

The parameters set by Israel in June 1967 were the basis for all future policies and issues that Jerusalem has been facing ever since. In the first 20 years, Israeli governments, national and local, robustly changed the city, now united and large. They created a large plaza at the Western Wall; restored the Jewish Quarter of the Old City; resumed activity on Mt. Scopus; and, perhaps most significantly, established a series of large neighborhoods in East Jerusalem for Jewish residents, a measure clearly aimed at maintaining the demographic edge over the Jerusalem Palestinians. All these steps were embraced by the vast majority of the Israeli public as well as by world Jewry. The international community, particularly the United States, closed its eyes and allowed the Israelis free rein to achieve their goals. 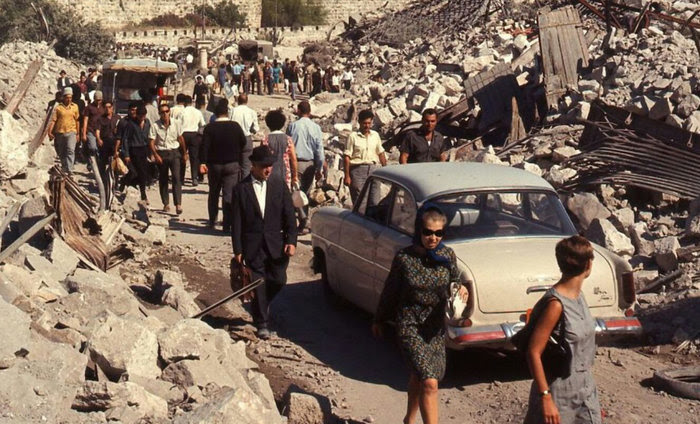 In many ways, the Israeli “Unification Project” succeeded. Jerusalem changed immensely. It grew, developed economically and most of all became a seamless metropolis. But the price was steep. Israel came to this process in a post Six Day War euphoria, asserting its dominance on all parts of the city. The Palestinians, who did not receive Israeli citizenship, developed a narrative of being under occupation and suffered from systemic discrimination by the Israeli authorities. Jerusalem became a two-class city: Israeli Jews, full citizens who enjoy all the benefits and services, and Palestinians, the underclass, suffering from constant neglect and human rights violations. Add to that, at the same time, the Haredi population grew exponentially and increased its political power. Jerusalem became poorer, more religious, more right wing and at times violent.

During the Oslo negotiations in the early nineties, ideas for dividing Jerusalem were brought to the table, but the collapse of the political process left Jerusalem without a clear political horizon. Fifty years after the war that changed the face of the region, Jerusalem has become both the cause and the victim of urban disarray and political conflict with no end in sight. Jerusalem’s residents have become hostage to a dangerous, large-scale geopolitical game that engenders a sense of insecurity, estrangement and alienation within their own city. Even if claims of widescale defection from the city have been exaggerated, Jerusalem has become a place that many believe is undesirable for those seeking to live in a secure environment with a good quality of life.

The previous descriptions could lead the reader to gloomy conclusions about Jerusalem’s future. But Jerusalem defies the standard rules. Within the political complexities and constant governmental failings, Jerusalem remains a lively and vibrant community owing to the tenacity and creativity of its residents. Jerusalem’s civil society on both sides of the divide is alive and kicking. Residents from all walks of life keeping up the city’s spirit through numerous grassroots organizations, community frameworks, artistic expression, social and educational innovation, work on religious pluralism, and active participation in local politics.

In fact, the city’s stark contrasts between religions, ethnicities and lifestyles are a source of creativity and innovation. After decades of problematic governmental policies and shortfalls, Jerusalem’s residents are taking the lead in setting policies, formulating new ideas and showing their great love for their city. Perhaps this is the greatest gift for the 50 years of unification.

Dr. Elan Ezrachi, is the author of “Awakened Dream – 50 Years of Complex Unification of Jerusalem, (in Hebrew), Albatross, 2017.

About the Author
Dr. Elan Ezrachi, is the author of "Awakened Dream – 50 Years of Complex Unification of Jerusalem, (in Hebrew), Albatross, 2017.
Related Topics
Related Posts
Comments