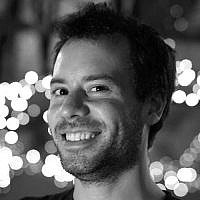 The Blogs
Yusuf Budak
Apply for a Blog
Please note that the posts on The Blogs are contributed by third parties. The opinions, facts and any media content in them are presented solely by the authors, and neither The Times of Israel nor its partners assume any responsibility for them. Please contact us in case of abuse. In case of abuse,
Report this post. 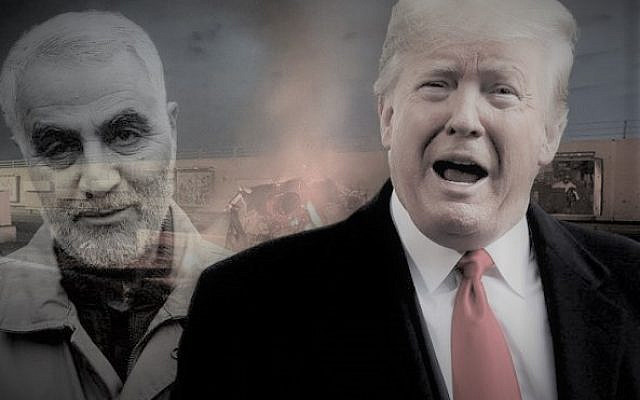 The targeted strike of General Qasem Soleimani brings with it potential consequences. Iran has already responded to this strike by launching short-range ballistic missiles against bases in Iraq that hosted US forces. In the process, an airliner carrying innocent people was accidentally shot down.  Massive funeral processions occurred across Iran for Soleimani, as well as protests staged against the Iranian government. This displayed a contrasting and conflicted nation not as easily pigeon-holed as major news networks might lead one to believe.

Soleimani was the head of Iran’s elite Quds Force, a US-designated  Foreign Terrorist Organization (FTO). In 2015, Ali Alfoneh, an Iranian-born scholar at the Foundation for the Defense of Democracies, spoke about the Quds Force. He stated that they are “an organization [that] has engaged in spreading sectarian terror in Iraq. And now, this is the force that the Iraqi government has turned to for help in order to liberate Tikrit from Islamic State [ISIS] terrorists.” As the head of the Quds Force, Soleimani was responsible for the brutality in the Syrian civil war and leading the Iranian intervention against ISIS militants.

President Trump announced that Soleimani planned to destroy the US embassy in Baghdad, and later expressed it was four embassies planned. Not only was he behind the planning of some of the most horrendous attacks on non-Shiite entities, countries, and individuals, but he also was a key factor in Iran’s sponsoring of terrorism.

Concerns about President Trump’s decision to target Soleimani have given rise to the potential of the President’s decision being hasty. Suspicion was aroused after White House officials formally notified Congress of a war powers resolution in regard to the legal justification for the attack. The resolution requires the president to notify Congress 48 hours in advance of any situation the military will be led into that involves potential harm. According to some in Congress, the report was expected to be public but was produced as classified information instead. It is likely the reason for this is because being open to the public before the strike would reduce the likelihood of a successful mission. Nevertheless, that did not stop politics-as-usual between opposing sides.

The circumstances surrounding the Soleimani’s strike has generated a few questions. Can it be considered an assassination or a targeted strike? Is there a difference? What actions might the UN and other international entities take?

Assassination has been frowned upon, due to the CIA’s cold war tactics of targeting certain individuals. As such, there is an executive order against it, but this hasn’t hindered such acts from taking place. President Obama, for example, used the term “targeted strike” instead of assassination, and that changed everything. Targeted strikes are detrimental for a number of reasons, one is that there is the possibility of innocent civilians being killed in the process of hitting the target and considered collateral damage. Another consequence is that there is the possibility of a situation that has been dubbed the ‘boomerang effect’, which encompasses the likelihood of a retaliatory attack following targeted strikes. As a result, Israel could very well be a target in this case.

Iran’s retaliatory strike on US troops in Baghdad was no doubt the outcome of the ‘boomerang effect’. Israel is no stranger to this situation as well, in November 2019 Israeli military killed Baha Abu al-Ata, a senior Islamic Jihad official, and as a result, Israel saw numerous rockets aiming to kill innocent Israeli civilians.

Some say it would be irresponsible for the UN Security Council to increasing US-Iran tensions. In the past, unfortunately, the UN has not been hugely influential at playing an effective role in U.S./Iran relations. Until now, the UN has issued zero resolutions against Iran for the 1500 protesters killed by the regime.

If tensions are not defused, more strikes could occur against foreign bases that hold American troops, or perhaps against Israel. Though many reports state that a retaliatory attack on the US and its allies is unlikely, there is still a possibility that an attack could be imminent. As a result, it is necessary for Israel to take precautionary measures in case Iran or its proxies in surrounding Israel implement a revenge attack on Israel.

In terms of being a power-player, the US has lost footing in the region. The drawn-out ‘War on Terror’ has left many Americans tired of the conflict, and upset with their country’s lost deterrence best exemplified by Obama’s “red-line” debacle in Syria. President Trump’s sanctions and strike on Soleimani are perhaps a bid to begin to reclaim Washington’s strategic deterrence in the Middle East. The cost of this maneuver remains to be seen.

Some might say that the U.S. and Iran have already been at war for a while, if so, recent events could certainly push the envelope, particularly with Iran beginning to return to nuclear development.

The US and Israel must take all precautionary measures to counteract the threat from Iran and its proxies. Iran’s desire to wipe out Israel and the West leave US troops stationed in the Middle East, and Israel itself, vulnerable.

About the Author
Yusuf Budak has over 15 years of experience in Turkish domestic and foreign policy analysis where he advises foreign corporations on their entrance strategy into Turkey. Yusuf also writes about Middle East peace strategies and offers unique and provocative solutions to a region desperately in need of stability.
Comments