In just six months, the coronavirus and China’s reaction to it have shuffled the deck regarding international relations, globalism and strategic priorities.  Thanks to its deals with China over major infrastructure projects, especially the new Haifa Seaport, Israel finds itself  in the middle of a larger geopolitical game in which it assumed it was only a minor player.

Since the birth of Israel at the United Nations vote in November 1947, the United States has been Israel’s major strategic partner.  However, the countries’ international interests don’t always converge.

Alarmed by China’s increasing economic and military power and concerned over China’s acquisition – by any means necessary- of key technology, the United States has become much more aggressive in seeking to counter China internationally.  This began even before the outbreak of COVID-19.

Israel on the other hand viewed China differently.  Faced with direct existential enemies such as Iran and Hezbollah, Israel saw China as a developing strategic partner.  In that vein, Israel granted Chinese companies the right to own an Israeli electric power plant and to build a light rail system in Tel Aviv.  Most importantly, Israel rebuffed US pressure and granted the Shanghai International Port Group (SIPG) the right to operate a new sea port on 830,000 square meters of the Haifa coast, right next to the area where the United States Sixth Fleet docks and trains.  SIBG is scheduled to take over the port in 2021.

To Israel, one of the factors favoring SIBG’s involvement in Haifa was the company’s fully automated port in Shanghai.  To the United States, little could be more dangerous.  Giving China nearly unlimited technological access to a port facility right next to a sensitive American military installation is a nightmare for American interests.  As recently as the end of 2019, American, Israeli and Chinese differences over Haifa already were on full display.

Then came corona.  Disgusted by China’s seeming lack of candor over the virus and appalled by its aggressive moves in the South China Sea and other places throughout the world, Sino-American relations plummeted to possibly their lowest point since before President Nixon’s visit in 1972.

Battered first by the economic and social fallout from the pandemic and now by protests and riots over civil rights, few in the United States political or military establishment are in a mood to watch China take over another strategic international seaport, as it has done with Darwin in Australia and Hambatota in Sri Lanka.  Especially galling to Americans is that during the times that Israel has been almost completely isolated internationally, as during the 1973 Yom Kippur War, America has stood by the Jewish Statec.  Now Israel seems to be repaying the United States by delivering an important installation to the country that is emerging, if not as America’s enemy, certainly as its rival.

Israel now has few good options regarding Haifa.  Whichever way it goes it will offend somebody very badly, perhaps irreparably.  While Israel both needed and wanted to expand Sino-Israeli ties for numerous reasons, it did not take much foresight to understand that Haifa was a redline to America.  Perhaps the best move for Israel would be to reevaluate SIBG’s interest in Haifa in conjunction and coordination with Australia’s re-evaluation of Darwin and possibly Sri Lanka’s re-evaluation of Hambotata.  The Chinese will be furious, but their anger will be diluted over numerous fronts.  It also can be easily and justifiably traced to China’s own missteps and hubris.

One way or another Israel must act.  The Israelis know that for the last 72 years the United States has had its back.  Can they have the same confidence about China? 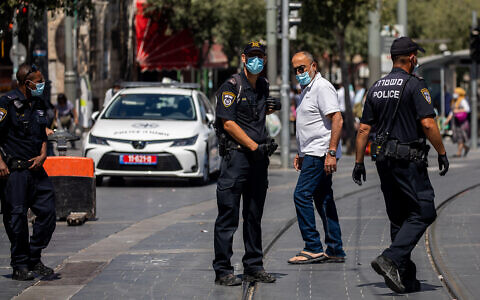 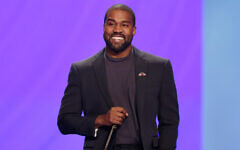