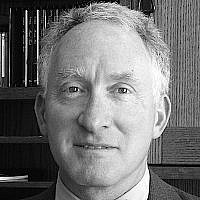 Yale faculty member at center of protests will leave teaching role http://fw.to/4CDnirR  Free speech is good. Respecting others is better.

Many remember Howard Dean as the author of the 2004 “Scream,” the incoherent squawk that doomed his presidential campaign. While both were inane, the Tweet may outclass the Scream in fundamental dumbness. 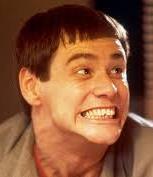 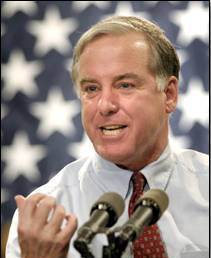 First, some background.  The Yale faculty member mentioned in the Tweet is Erika Christakis, a respected expert in early childhood education. Last Fall, 13 members of the Intercultural Affairs Committee at Yale — administrators with too much time on their hands, apparently — circulated an email advising students on which Halloween costumes were and were not appropriate. The Committee warned students not to make “culturally unaware or insensitive choices,” and advised them to visit this page to see “a great resource for costume ideas organized by [Yale’s] own Community & Consent Educators.”

Professor Christakis did not question the social utility of warning students about costumes that prevent them from breathing or going to the bathroom. But she did express reservations over Yale assuming the role of a scold. In a polite rebuttal, she emailed:

Is there no room anymore for a child or young person to be a little bit obnoxious… a little bit inappropriate or provocative or, yes, offensive? American universities were once a safe space not only for maturation but also for a certain regressive, or even transgressive, experience; increasingly, it seems, they have become places of censure and prohibition.

This crossed a line. For the sin of suggesting that college students have a right to be obnoxious, Professor Christakis was badgered and besieged by furious campus demonstrators demanding her resignation. When she finally threw in the towel and announced her resignation, Governor Dean tweeted his observation: “Free speech is good. Respecting others is better.”

No, Governor Dean, respecting others is not better than free speech, because the two are not competitors. Without freedom of speech, there can be no respect for others. If men and women are not free to speak their minds, then what might appear to be respect for others is really nothing more than obsequiousness.

Imagine if freedom of speech were confined to Dean’s boundaries; namely, to the point where others feel disrespected. Free speech would then inhabit a prison patrolled by those with chronic complaints of disrespect. Perpetual indignation is the permanent condition of some college students these days. One need only review the ordeal of Professor Christakis and her husband to see Dean’s approach in operation.

Professor Christakis’s husband is a fellow faculty member, and the Master of Silliman College, an undergraduate residence. She is the Associate Master. When Professor Christakis chose to stand by his wife, he was confronted by students. The scene is worth viewing because it illustrates the “respect” that Governor Dean insists should regulate freedom of speech.  Here is a transcript of part of the exchange (I’ve capitalized the portions where voices were raised).

Student: …unsafe space here for all …
Professor Christakis: I did not …
Student: BE QUIET! For all Silliman students. Do you understand that? As your position as master, it is your job to create a place of comfort and home for the students that live in Silliman. You have not done that. By sending out that email, that goes against your position as master. Do you understand that?
Professor Christakis: No, I don’t agree with that.
Student: THEN WHY THE FUCK DID YOU ACCEPT THE POSITION? WHO THE FUCK HIRED YOU?
Professor Christakis: I had a different vision than you …
Student: YOU SHOULD STEP DOWN! IF THAT IS WHAT YOU THINK OF BEING MASTER, YOU SHOULD STEP DOWN! IT IS NOT ABOUT CREATING AN INTELLECTUAL SPACE! IT IS NOT! DO YOU UNDERSTAND THAT? IT’S ABOUT CREATING A HOME HERE! YOU ARE NOT DOING THAT! YOU …
Another student: You’re supposed to be our advocate!
First student: HOW DO YOU EXPLAIN THAT? THESE FRESHMEN COME HERE? THEY THINK THIS IS WHAT YALE IS? DID YOU HEAR THAT? THEY’RE GOING TO LEAVE! THEY’RE GOING TO TRANSFER! BECAUSE YOU ARE A POOR (Unintelligible)
Another student: Re-tweet!
First student: YOU SHOULD NOT SLEEP AT NIGHT! YOU ARE DISGUSTING!

These are the tender sensibilities that must be respected, according to Governor Dean, as a precondition to freedom of speech.

Perhaps this is unfair to Dean. Perhaps he was just trying to be clever. His “Free speech is good. Respecting others is better” aphorism may have been selected to evoke George Orwell’s line: “Four legs good. Two legs better.”

Well, if cleverness was his goal, he succeeded to a far greater extent than he intended. “Four legs good. Two legs better” was the propaganda message bleated by the sheep in Animal Farm to silence opposition to the pigs’ seizure of power. And power was on display at Yale: the power of the perpetually aggrieved to censor speech.

Of course, students like the shrieking girl in the video are not capable of assuming such power on their own. Neither are her mindless mob members, snapping their fingers to signify assent, in the background. These children can assume power only if grown ups choose to give it to them. By permitting the harassment of Mr. and Mrs. Christakis without imposing any kind of discipline (such as a good spanking), Yale allowed that seizure of power.

But universities do not operate in a vacuum. They reflect the values of civic leaders outside the campus. A liberal institution like Yale reflects the values of liberal leaders like Howard Dean. Which makes his Tweet as inane as his Scream.  But far, far more dangerous.