Most Jews do not know who Gedaliah was nor why, the day after Rosh Hashanah, a day of Fasting in his name is observed.

It is one of those tragic accounts of religious jealousy, a disease which has permeated Jewish beliefs and occasions ever since the first tragedy.

After the Babylonian conquest of the Kingdom of Judah in 586 BCE, most of the Jewish population was led into captivity in Babylon, leaving only a small remnant remaining in Judah.

To govern the Judean remnant, the Babylonian king Nebuchadnezzar appointed Gedaliah, son of Achikam, to be his governor over the province of Judah.

The Book of the prophet Jeremiah, chapter 41, relates the events which followed. A Judean man named Ishmael ben Netania came with ten men to meet with Gedaliah in Mitzpah, During the meal they chatted together but when the meal was finished, Ishmael and the ten men with him drew their swords and murdered governor Gedaliah and all the Judean men and Babylonian soldiers who were with him.

It was a desperate act of sheer jealousy that it had been Gedaliah who the Babylonian king had favored to govern the Judean province,

To commemorate the sadness of this tragic occurrence, the Jewish sages of the time, in anger of the tragic slaughter, declared a day of Fasting on the first day of the seventh month of Tishri. The Fast day was later postponed to the third day, immediately following the new year, Rosh Hashanah, since Fasting is prohibited on a holy day.

Gedaliah was not a very important figure in Jewish history and his service as governor of Judah appointed by the alien king of Babylon provoked both anger and jealousy among many of the remnants of the Judeans.

But our religious sages wanted it to be remembered as another tragic event in the history of the Jewish nation. For those Jews who observe the Fast day it is a significant day in our history.

Similar murders and assassinations occurred, Jews slaughtering other Jews, many centuries later during occupation by the Romans. Those Jews guilty of slaughter were known as the sycarri.. sword or knife murderers who carried their secret weapon under their cloaks until ready to strike.

Most of those who were slaughtered by the Jewish group were Roman soldiers and also Jews who had aided the Romans or who refused to eliminate them from the Jewish homeland.

In today’s State of Israel. it is rare to find Jewish groups involved in the slaying of other Jewish groups who are not in confirmation with their beliefs or practices.

Hatred of ultra-religious sects against non-observant secular Jews, Conservative and Reform Jewish groups, is a violent offense of Jewish religious teaching and law in which we are commanded to love brother as brother with respect for one another.

We need not agree on the variations of religious practices nor political loyalties but above all else we need to remember that we are all Jews, sons and daughters of our patriarch Avraham, followers of the ideals of Theodor Herzl whose dream of a return to Zion led all of us to our ancestral homeland.

Tzom Gedaliah, the Fast day of Gedaliah’s assassination must be a clear reminder to ever Jew to cast hatred out of our hearts and to return our loyalty to the biblical commandment:

“Ve-ahavta l’rayacha kamocha”… You shall love your neighbor as you love yourself.

May our new year bring back to us historic moments of tragedies and imbue us with unity and love. 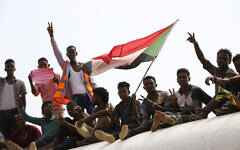